Home > 2011 > March
Is It Okay to Get Divorced?Amy Julia Becker
expand 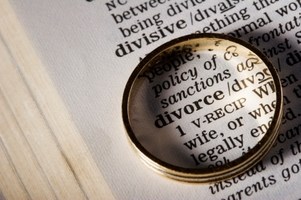 I'm a happily married woman, but I've been thinking about divorce this week.

First, I wrote a piece for her.meneutics about Christian blogger Anne Jackson's divorce: "When Christians Get Divorced." (I'll post an excerpt below.) Then, I happened across an interview on Patheos with Rob Bell in which he used marriage as an example of walking Jesus' narrow path (see Matthew 7:13-14): "So let's take marriage. Marriage doesn't take much work at all. You just get along with this person fantastically, year after year after year. [Laughter] No, I mean, let's be honest. There are a thousand ways every day for marriage to…broad is the path. Do you know what I mean? All the different ways in which it can unravel, to where somebody is on the couch. So, for it to work takes extraordinary intention. It is a narrow way. It is saying, we are going to devote ourselves to this. And we are going to not give up, and we are going to work and persevere." In other words, as hard as it is to suffer through a divorce, maintaining a marriage can be even harder.

I also read an article from the New York Times: "Once Rare in Rural America, Divorce is Changing the Face of Families." The author describes the rise in divorce in rural and religious communities across America and the subsequent sorrow and disruption for individuals within those communities. Finally, I read an article in the Christian Century called "Waiting to Wed," about how marriage has become more and more divorced from sex, and therefore most young single people are having multiple sexual partners without considering marriage any time soon. The article cites many reasons for the delay of marriage–with the availability of sex as a leading contender, and an unwillingness to sacrifice as another–but the authors also explain, "one of their (20-something's) biggest concerns about marriage is that it will end in divorce. Thus getting married young is increasingly frowned upon not just as unwise but as a moral mistake in which the odds of failure are perceived as too high to justify the risk."

Anne Jackson, Christian blogger and author of Permission to Speak Freely, is getting divorced. She knows all the biblical reasons to stay married, and she understands the far-reaching repercussions when Christians divorce. In a post titled, "Why God Hates Divorce: A Big Life Change for Me", she writes, "I can see why the Scriptures say God hates divorce. It's not that he hates either of us (although at times, it's easy to believe otherwise), but he hates what the brokenness of divorce does to the very souls of a man and his wife. He hates what it does to the people who love them. And even the people who maybe they've never met." But, as she says, her marriage is broken beyond repair. "We, along with others in our lives, have tried desperately to fix it, to bring it back to life, to see a broken covenant redeemed. But the life is gone . . . ."

Divorce
March 24, 2011 at 9:46 pm
To add a comment you need to be a registered user or Christianity Today subscriber.

Is It Okay to Get Divorced?

Is It Okay to Get Divorced?