Home > 2012 > April
Bloom Where You Are Planted: Why We Chose Public School by Sarah ReimersAmy Julia Becker
expand 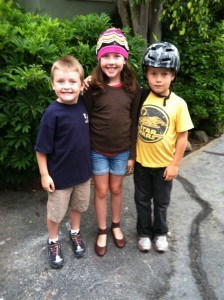 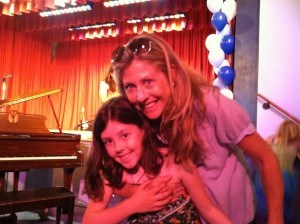 Sarah Reimers with her daughter Molly at the school talent show

Throughout that time, I have been a part of an amazing community of educators and parents— mostly secular with a few Christians thrown in for good measure—advocating for our little school's revitalization. And of course, ultimately we are advocating for the students—some of whose parents are not in a position with their time to be the advocates that they would surely like to be, but all of whom are the children whom Jesus welcomed to him and called us to do the same.

At day's end, however, the board voted 4–3, and the recommendation was denied. Now, no one is building on our campus and we can go about the business of continuing to try to make our school the best it can be for the neighborhood students we serve.

Education; Public Education; Social Justice
April 13, 2012 at 6:55 am
To add a comment you need to be a registered user or Christianity Today subscriber.

Bloom Where You Are Planted: Why We Chose Public School by Sarah Reimers

1 of 2
William, Molly, and Stuart ReimersSarah Reimers with her daughter Molly at the school talent show
Follow Amy Julia

Bloom Where You Are Planted: Why We Chose Public ...