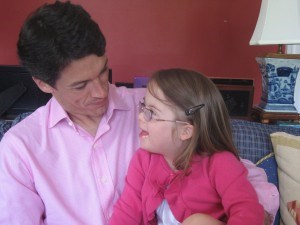 Penny lost her third tooth today. They are falling out just as expected–first the bottom two, and now one up top with the one beside it wiggling as well. It came home from school with her in a small lavender box.

At first, she was feeling brave. "The tooth fairy can come into my room."

I didn't expect that, given that the first two teeth had to be placed in our room with notes outside her door barring the TF from entry.

A few minutes later, she said, "Mom. Tell the tooth fairy she can't come. Ever."

I tried to hedge, thinking I could get her to go to sleep, have the tooth fairy deposit a dollar in my room, and tell her in the morning that I forgot to pass along the message but it was really no big deal.

Magical creatures have always freaked out my daughter. We've been talking about Santa Claus for years in a love-fear (I can't quite call it hate) relationship. With Santa, as with the tooth fairy, I have gotten to the point where I tried to convince her that they weren't real. Last night, I finally said, "The tooth fairy is just pretend, Pen."

"So I shouldn't be afraid because the tooth fairy is pretend?" She considered it carefully. "Where does the tooth fairy live? If she's pretend, how can you tell her not to come ever? I will write her a note." And then: 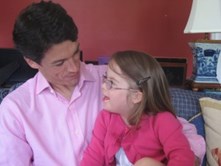 She woke up this morning regretting her decision, so we'll see what happens tonight. It's certainly no big deal if we abandon tales of the tooth fairy. Penny hasn't used her other two dollars, and the Easter bunny never gained any hold on their imaginations, so maybe we can move forward and only contend with Santa. The big deal to me is that our baby girl is now losing teeth and asserting herself and solving problems. Growing up.

Children
May 18, 2012 at 7:07 am
To add a comment you need to be a registered user or Christianity Today subscriber.

A Letter to the Tooth Fairy

A Letter to the Tooth Fairy