Home > 2012 > May
What do a pig roast, a dance recital, premarital counseling and my father-in-law have in common?Amy Julia Becker
expand 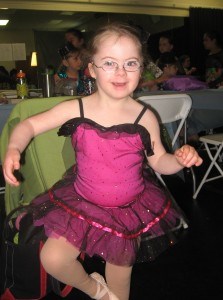 On Friday night, Peter was on duty in our dorm of thirty boys. As we sat down to dinner with a dear old friend who had flown in from Denver earlier in the day, there was a knock on the door. The knocks continued throughout our meal, with Peter popping up to answer a question or adjudicate an absence. At some point, he said, "Oh, by the way, I need to go get the pig from the Amish market tomorrow morning."

"The pig. We're having a pig roast tomorrow."

"Whose idea was that?"

"Um, mine. Anyway, I need to pick up the pig and the roaster. I got a truck from B&G." (B&G: Buildings and Grounds)

"I have to take Penny to her dress rehearsal for dance tomorrow morning, so you're responsible for William and Marilee."

"Right. I figured I'd just put them in the truck with me."

I'm not sure I said anything before he said, "Not a good idea?"

Our friend left in the morning with the words, "I can't wait to see the blog post about this one." Peter found some boys to babysit while he went to the Amish market and I took Penny to dress rehearsal.

The rest of the day included an on-campus water slide for Penny and William, Penny picking strawberries with her best friend Zoey, spending the day with a couple who also happens to be from Denver who had flown in for my first attempt ever at premarital counseling, roasting a pig with 70 pounds of charcoal (thankfully, the farmer agreed to chop off the pig's legs when Peter admitted he doesn't own a hacksaw), and, at 10:00 that evening, the arrival of Peter's father.

Sunday was more of the same: premarital counseling, grandparents, and Penny's recital. Here I need to pause for just a moment to say that the past few weeks of rehearsal have been a bit rough. They've gone over the routines (one for ballet and one for jazz) over and over again. And they are tough routines for 6 year olds. They involve arabesques and running to different parts of the stage and a lot of timing and coordination. Recently, Penny just hasn't wanted to do it. So after a few run throughs, she'll decide to sit down in the middle of the dance and refuse to continue. Or she'll decide to do the whole routine on her knees. Which caused some degree of consternation not only for me and the teacher, but also for the other kids and especially the other moms. 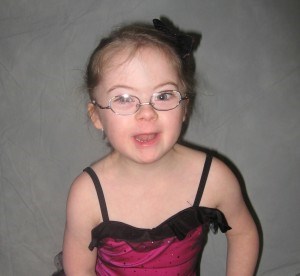 But there she was on Sunday afternoon, hands on her hips in her black and hot pink costume, remembering every move, smiling like a champ, and proving her dad right from the night before when he said, "Don't worry. She's a gamer." In Penny's own words, it was awesome.

But back to our weekend. We got home from the recital, and Peter said, "I have to get on the bus with the boys in a few minutes." Oh right, the pool party. And then book club at our place that evening.

24 hours later, I said to Peter, "I'm trying to figure out how to write a blog post that combines needing to buy a pig from the Amish, premarital counseling, inlaws, a dance recital, and various aquatic activities."

For now, with gratitude and exhaustion from all the good things, Peter said, "Maybe it's just, yes, you can have too much of a good thing?"

Food; Motherhood
May 22, 2012 at 5:46 am
To add a comment you need to be a registered user or Christianity Today subscriber.

What do a pig roast, a dance recital, premarital counseling and my father-in-law have in common?

What do a pig roast, a dance recital, premarital ...