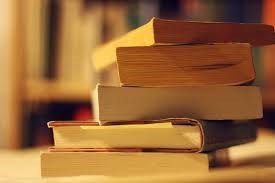 Books lists are coming out. The New York Times has announced their editors' favorites. President Obama has been shopping for books. I'm on my way to the bookstore later this afternoon, with a list that includes The Boxcar Children, Pippi Longstocking, and the first in the Ivy and Bean series. So if you're starting your Christmas shopping, or if you're looking to avoid it with a good book, here's my eclectic list of favorites of 2013:

Favorite Children's Chapter Book: Trumpet of the Swan by E.B. White. The story of Sam, a young boy, and Louis, the "defective" swan he befriends.

My Bright Abyss: Meditation of a Modern Believer by Christian Wiman. The story of a poet who walked away from faith and returned to it after a diagnosis of terminal cancer, filled with meditations on love, life, beauty, and God.

The Shape of the Eye by George Estreich. Another poet who writes of raising his daughter with Down syndrome, this book is a moving meditation on the nature of family and the stories we tell.

The Language of Flowers by Vanessa Diffenbaugh. A story of flowers, foster care, resilience, and love.

Someone Knows My Name by Lawrence Hill. A historical novel that traces the life of a slave from her early years in Africa to the United States and ultimately to freedom.

The Dog Stars by Peter Heller. If you like great, interesting writing and dystopian novels, this one's for you.

The Paris Wife by Paula Mclain. Another historical novel set in Paris in the 1920's, seen through the eyes of Ernest Hemingway's first wife.

What were your favorite books in 2013?

***I am adding to this list three novels that I totally forgot in my unofficial tally above: Wonder by RJ Palacios, Flight Behavior by Barbara Kingsolver, and The Snow Child by Eowyn Ivey. (Can you tell I gravitate towards novels?)

Cancer; Down Syndrome
December 05, 2013 at 10:26 am
To add a comment you need to be a registered user or Christianity Today subscriber.