Home > 2013 > June
Why I WriteOn why I write, the authors who mean the most to me, and why stories matter.Amy Julia Becker
expand 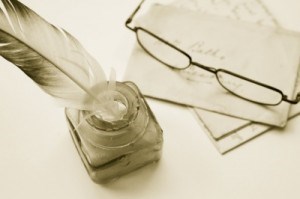 Last week, I posted two series of questions for George Estreich, author of The Shape of the Eye (A Doorway to New Life and Questions for George Estreich). Not only did George craft thoughtful answers to my questions, but he also returned with a series of his own questions about my writing, prenatal testing, family, and education. Here's part one of our interview, which give you a glimpse into why I write:

George Estreich: Writing a memoir about a child with Down syndrome means that you automatically inhabit a number of roles. In your book, I'd count at least six that are significant for the narrative: writer, wife, mother, friend, advocate, Christian. In your book, you address the meaning of each role in your life: how, for example, Penny's arrival affected your understanding of your faith; or how a friendship was tested.

To me, this is one of the hardest parts of writing a memoir, but you handle it beautifully. Can you talk about how you fuse these multiple roles into a single narrative?

Amy Julia: At first, I didn't know how to answer this question, perhaps because my experience of a fragmented identity has been more pronounced in my life apart from writing. Over the course of the past year, as we've moved to a new community where my husband has a prominent and public role as the Head of School at a small boarding school, I have wrestled often with how to explain myself or claim an identity that makes sense of who I am. I've been asked more than once, "Do you work for the school or are you at home with the kids?" as though there are only two options. I struggle in that context to explain that I work as a writer while also supporting my husband and caring for our children.

I suppose writing offers me the opportunity to present myself as I see myself, with an integrated identity that combines all the roles you earlier described.

GE: Like me, you were a writer before Penny arrived. Can you discuss how Penny's presence, as daughter and/or subject, affected your approach to writing?

AJ: For a time when I was in high school, I thought I might become a lawyer. I've always liked constructing arguments and providing facts that lead to a logical conclusion. But I also learned in high school that argumentative writing could lead to criticism—I once wrote an op-ed for my high school paper that was critiqued in front of the whole student body by someone high up in the administration–and in college I shied away from taking that risk

Penny's presence has brought out the advocate in my again, especially in the realm of cultural assumptions about what it means to be a valuable member of our society. I've critiqued those assumptions in the public eye, and I've received my fair share of criticism in return. With that said, I have found that the most effective writing I do is what I was already doing before she was born—honest, careful, lyrical narrative about a human experience that has its own unique qualities but really isn't all that different from every one else's.

I suspect that the narrative contained within A Good and Perfect Gift has done far more to "change" other people's perceptions of Down syndrome (even though that wasn't the goal of the book) than any of the op-eds I have written elsewhere.

GE: What books matter most to you as a writer? In particular, what influence(s) would most surprise your readers? 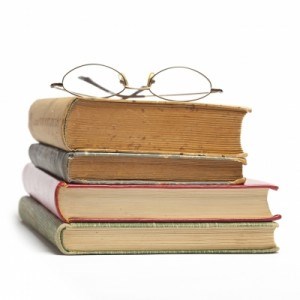 AJ: I suspect many of my readers would be surprised to learn that I don't read many memoirs, nor do I count many memoirists as mentors. (You already know that I love your work as a memoirist, and I would put Christian Wiman and Mary Karr in a short list of other memoirists that have influenced me. Okay, Annie Dillard and Anne Lamott deserve mention here too…) But in general, I don't read nearly as much nonfiction as I do novels.

Novels have always been my favorite literary form, and I hope that within a few years I will take the plunge and try my hand at one of them. I evaluate novels (and really memoirs too) by two measures– having a compelling plot with credible characters while at the same time using beautiful language to suggest something meaningful about life or God or what makes us human (or all of the above).

I enjoy many classic and contemporary novelists, from Jane Austen to Charles Dickens to Marilynne Robinson, but the novels that arose from both the southern and African-American traditions have influenced me the most. Toni Morrison, Flannery O'Connor, William Faulkner—these three writers have taught me more than any others. I return to their work again and again in hopes that I might tell stories—fictional or non-fictional—like they do.

GE: Can you talk about the challenges and rewards of writing for a general audience as a committed Christian? Do you feel the need—as with writing about Penny—to repel stereotypes, to educate others unfamiliar with your life and your way of seeing?

AJ: First of all, I appreciate your recognition that a committed Christian can write for a general audience! I'm still trying to convince book publishers of this idea, though I'm grateful for the editors at the Atlantic, the Huffington Post, and Parents.com, among others, for their continued willingness to post what I write.

My hope in writing both Penelope Ayers and A Good and Perfect Gift was to tell a story from my particular Christian viewpoint in such a way that someone who doesn't share that viewpoint would by the end understand it better. Good literature in general ought to be a way of expanding our understanding of others. One of the reasons I love Toni Morrison's writing, as I mentioned earlier, is that she has helped me imagine a world I have never experienced personally. I hope my writing offers a window into a Christian view of the world.

Plenty of people automatically respond with suspicion and even disdain at the word Christian. There are good reasons for this response, and yet there is also good reason for the most secular reader to be grateful for the work of Christians in this country and around the globe. My hope is not to convert other people to my way of seeing, but to invite people to see the world from this perspective and to encourage mutual understanding as a result.

And now, my question for you: What writers have meant the most to you? What books have changed your way of seeing the world?

Down Syndrome; Writing
June 18, 2013 at 9:38 am
To add a comment you need to be a registered user or Christianity Today subscriber.