Home > 2013 > March
Living in Poland with Down Syndrome, the Story of an ArtistThe beauty of an artist with Down syndrome, a guest post by Joanna Puciata, in honor of World Down Syndrome Day. Amy Julia Becker
expand 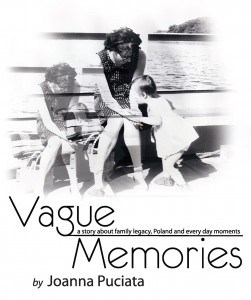 In honor of World Down Syndrome Day, celebrated this Thursday, March 21st (3/21 because Down syndrome occurs as the result of the presence of 3 copies of chromosome 21), I will be running a series of guest posts and interviews with people from around the globe who have family members with Down syndrome. Today's post comes from Joanna Puciata, whose sister Kasia was born with Down syndrome in Warsaw, Poland, in 1961. These reflections are excerpted from Joanna Puciata's book, Vague Memories: Life of an artist with Down Syndrome, and the paintings throughout this post are all Kasia's.

My big sister Kasia was born with Down Syndrome in 1961, in Warsaw, Poland, in a culture not well prepared to welcome people with any kind of disabilities. Anything that did not seem "normal" was immediately unwanted and openly referenced using derogatory language with sarcastic undertones. Quite often, my mom tried to shift people's perceptions by explaining quietly that her daughter was ill. Still, even while Down syndrome was considered an illness back then, it didn't justify certain behaviors, like saying something odd, burping out loud, or laughing uncontrollably. For many, those behaviors were unacceptable. People rejected her simply for her looks, since they did not fit our social standards of beauty and "normal."

When Kasia was little, she was cute and huggable. As she grew older, and especially after our father passed away and she started taking medication for her mental health, she withdrew into her own world and the physical characteristics of Down syndrome seemed more pronounced. The medication made her gain weight, especially in the hips, making the rest of her body seem disproportionally smaller. She was just Kasia to us, but many people were ashamed of her, even close family members. Some requested that Kasia stay at home when we were invited over for dinner; others advised putting her in a mental institution or foster home, as to not ruin our family's good image. That was the advice my mom got from her own mother, while my father's mother wouldn't even look at the newborn for a month. 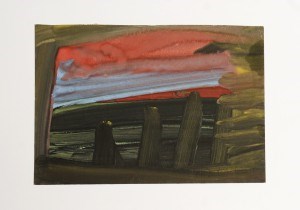 I can't even imagine how hard it was on my mom, who saw an absolute beauty in her child from the very first moment she was born. I was brought up knowing that if Kasia was born normal, she would have been a rare beauty, like Snow White, with ebony hair, an alabaster complexion, and a gentle demeanor. Mom would often point out her tiny ears, her well-defined eyebrows, and her perfectly shaped nose. She knew every inch of Kasia's body, caressing it with words of admiration and love. My nanny was a simple girl from the countryside, so Kasia had an old-fashioned governess, an older widowed lady who was there not only to take care of her, but to teach her manners and whisper patriotic poetry into those tiny ears. There were many good people in our lives, but there were also many who didn't have compassion for her.

My paternal grandfather showed a lot of affection for Kasia. I never knew him, as he passed away a couple of weeks before I was born in March of 1967, but I remember seeing a silver coin in a beautiful silver sack that he gave to my sister. It hid among all the jewelry. It was a cherished symbol of love, a valuable token that demonstrated that she was worthy of such a treasure in the eyes of her grandfather.

People, especially children, paused and stared at her, as if she was a member of a circus show. It was rough and painful for my sister, who would come home and look at herself in the mirror asking why she was different and if she was beautiful. We always laughed and said she was too beautiful for others to handle. She reached out for Nivea cream and smudged it over her face to ensure that beauty. 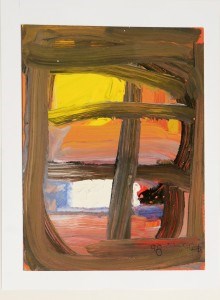 Many times my mom and I fought the cultural vulgarity, scaring the spectators away, making them ashamed for a split second. Children and young men were the cruelest, being highly entertained by what they saw and many times offensive. When Kasia was maybe five years old, a group of boys from a small countryside village where my parents were vacationing took great pleasure in teaching Kasia how to swear. She took a deep interest in those words, swearing like a peasant for the next decade! These vulgarities stuck, sending a shockwave through people who didn't know Kasia. It hurt us deeply, but we laughed our way through it. Twenty years after Kasia stopped swearing, she still obsessed over it. She often asked, "Joanna, do I swear?" and shook her head, murmuring a bad word quietly under her breath, in which case I'd say: "No, Kasia, it is me who swears!" and I would let the wave of bad words come out of my mouth. It was a game for us. We either had to protect Kasia from others or from herself, turn it around into a joke and laugh about it.

My sister, Kasia went into two years of silence after our dad passed away in 1979. He was her best friend and a daily companion who studied with her over a cup of tea or coffee. She struggled to rediscover herself, falling deep into darkness and the world of psychotrophic drugs. Seven years later I left to start my life in America. I too vanished suddenly. That accumulation of emotions followed by a desire to live a fulfilled life lead to an artistic explosion. Kasia was about thirty years old when she picked up a brush and begun painting her feelings. Notice the vibrancy of the colors, the longing for something soothing, peaceful, the light at the end of the journey.  She found her purpose and she lived it till the very end, loving the attention and a sudden out pour of admiration. She did ask not to be forgotten, as just like anyone of us, she wanted to leave behind a legacy. And hers was love and acceptance without boundaries.

If you'd like to read more, Vague Memories is available on Nook and Kindle and contain photographs of 60 of Kasia Puciata's paintings. She left a legacy of almost 1000 paintings! She passed away as a valued member of the society. Her friends drove from all over the country to pay her last respect. She asked that we do not forget about her. We won't, and that's a promise! 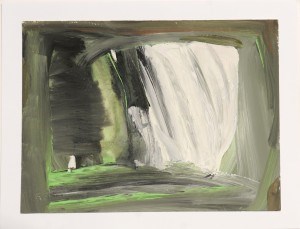 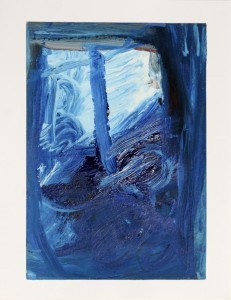 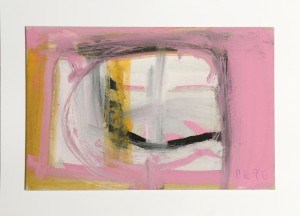 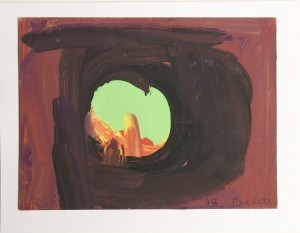 Down Syndrome; The Arts
March 18, 2013 at 5:26 am
To add a comment you need to be a registered user or Christianity Today subscriber.

Living in Poland with Down Syndrome, the Story of an Artist

Living in Poland with Down Syndrome, the Story of an Artist