Home > 2013 > September
DisabilitySeptember 12, 2013
Perfectly Human: This is What it Means to be Included by Tim FallCan a courtroom give us a glimpse of heaven? Guest blogger Tim Fall thinks so....Amy Julia Becker
expand 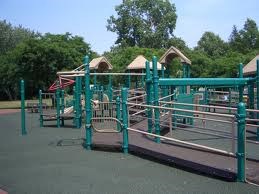 "This is what it means to be included."

The mother's words jumped out at me from the radio. Included.

Two year old Tatum Bakker had never been able to swing on a playground swing set until they visited Brooklyn's Playground on their way through Pocatello, Idaho. It's a playground designed for children who are physically able and for those who are less able to play on together, named for the little girl who started it all, Brooklyn Fisher.

Kids with conditions like spina bifida usually can't take part in playground games and activities, kids like seven year old Brooklyn and two year old Tatum, but in Pocatello they can. As Tatum's mother explained:

And I put Tatum in a swing and kind of sat back and absorbed it all, and looked up and saw an older child, maybe 10 or 12 - a little girl - in a motorized wheelchair up on the pirate ship, surrounded by three or four friends her age who were able-bodied children, playing and laughing.

It's a place where everyone can come together and play to their heart's content.

But I'll get to that in a moment, because this also sounds a little bit like my courtroom, and few people mistake my courtroom for heaven.

All Rise and Come to Order 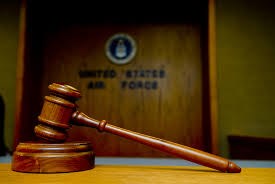 Courtroom shows on TV start every trial with the same phrase: "All rise and come to order."

In the early days of being a judge my court used to start with the same ceremony, my bailiff calling everyone to order as I walked through the door behind the bench and took my seat. Then he'd announce, "You may be seated."

This works well. People who may be chatting while they wait for court to start can't help but see that things are starting when everyone around them is standing up and quieting down. And for those who kept their seats and carried on their conversations, my bailiff would walk over right beside them and - using a voice loud enough to be heard in the next county - would say, "I said ALL RISE AND COME TO ORDER!" Several people have jumped nearly to the ceiling from their seated positions. I had a very effective bailiff.

Then one day I saw someone who didn't rise and no matter how loudly my bailiff shouted in their ear they were not going to. The man was in a wheelchair.

He was sitting toward the front and as everyone rose around him in response to my bailiff's call, he of course stayed seated. Then it struck me.

He was being excluded.

My bailiff, as an officer of the court, ordered everyone to stand and this man not only did not but he could not comply. A ceremony designed to preserve the dignity of the court actually placed this man in a position where he was unable to participate along with everyone else.

I decided I would never put someone in that position again and instructed my bailiff that court would now being with the phrase "Remain seated and come to order."

The dignity of the court - and of those who appear before it - is preserved.

God's home is a place where everyone gets to participate and enjoy everything, living life to the full. (John 10:10.)

Jesus gave a taste of this as he ministered to the people around him:

Jesus left there and went along the Sea of Galilee. Then he went up on a mountainside and sat down. Great crowds came to him, bringing the lame, the blind, the crippled, the mute and many others, and laid them at his feet; and he healed them. The people were amazed when they saw the mute speaking, the crippled made well, the lame walking and the blind seeing. And they praised the God of Israel. (Matthew 15:29-31.)

Now we look forward to the fulfillment of his work of redemption and reconciliation and renewal when he brings us into the new creation:

Then I saw "a new heaven and a new earth," for the first heaven and the first earth had passed away, and there was no longer any sea. I saw the Holy City, the new Jerusalem, coming down out of heaven from God, prepared as a bride beautifully dressed for her husband. And I heard a loud voice from the throne saying, "Look! God's dwelling place is now among the people, and he will dwell with them. They will be his people, and God himself will be with them and be their God. ‘He will wipe every tear from their eyes. There will be no more death' or mourning or crying or pain, for the old order of things has passed away."

And that, my friends, is what it means to be included. 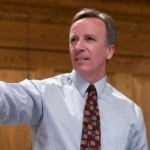 Tim is a California native who changed his major three times, colleges four times, and took six years to get a Bachelor's degree in a subject he's never been called on to use professionally. Married for over 25 years with two kids (one in college and one graduated, woo-hoo!), his family is constant evidence of God's abundant blessings in his life. He and his wife live in Northern California. Tim blogs here.

Tolerance
September 12, 2013 at 5:41 am
To add a comment you need to be a registered user or Christianity Today subscriber.

Perfectly Human: This is What it Means to be Included by Tim Fall

Perfectly Human: This is What it Means to be Included by Tim Fall