Home > 2013 > September
FamilySeptember 18, 2013
Some Thoughts on Trying to Become a Super-Mom"It feels very strange, to be this mom who thinks ahead and offers relatively healthy eating options and models moderately healthy holistic habits of spirituality and physical activity and rest. Um, do you hate me yet? Because a year ago, I would have hated me."Amy Julia Becker
expand 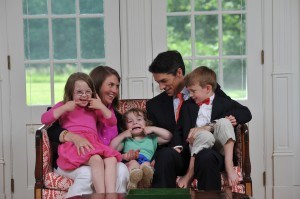 We've gotten through our transition year. It took us four moves to get here, but we are in this house to stay. The kids are back to school and they all seem happy and well adjusted. We still have the normal ear infections and toenail cutting and sibling bickering, but all in all we're doing well.

Last year I couldn't, literally, keep track of the coat on my back, much less my children's things. (Really, I'm not kidding. I had to buy a new coat.) I missed school picture day for Penny. Twice. I yelled at William pretty much every day last fall. I put Marilee to bed as early and as quickly as possible. I just couldn't do any better than that. It wasn't great. But it was okay.

This year, I know where my coat is. William goes to school all day and Marilee goes five mornings a week. I'm getting enough sleep. I'm even waking up before my children for exercise or time with God fairly often.

And so I'm in a place where I can actually think ahead. I figured out that all three kids need to eat the same breakfast every morning rather than a la carte service. I figured out that I need to pack lunches the night ahead. I made a calendar for my refrigerator that reminds us of PE days so they have their sneakers and library day so they return their books. I have the space to go to PTO meetings and volunteer in Penny's classroom. I have gotten organized enough to download some books on my phone so I can listen to substantive stuff while I drive home from school drop off. I even bought some decent kids' praise music so we can sing "church songs" in the car on the way to school. (My children are still at the age where they think these songs are fun and great, by the way. I'm sure we're on our way to pop music soon enough.) We just started a weekly "family meeting" with Penny and William. ("What's an agenda, Mom?" )

It feels very strange, to be this mom who thinks ahead and offers relatively healthy eating options and models moderately healthy holistic habits of spirituality and physical activity and rest.

Um, do you hate me yet? Because a year ago, I would have hated me. 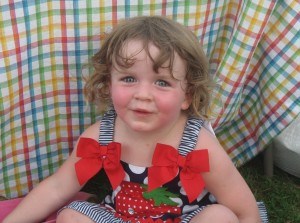 First, I don't think it is possible to even come close to this position until your youngest child is two and a half. I've never had a two and a half year old without also having an infant. Marilee has finally turned that corner where she can "help" me around the house and she can tell me what she needs and she has a predictable schedule and she can safely play with her siblings while I'm taking a shower or making dinner or whatever. It's been nearly a decade since I last found myself in this place, where some small being does not need me at virtually every moment.

Second, I don't think it's possible to have this type of balance and order in the midst of major transition. Last year, I desperately needed some things that I couldn't have–the schedule on the refrigerator and the simplified breakfast plan and the early morning workouts. But it was too chaotic.  That was just the season we were in. Thank God it is over, but if you are in that season, just hold on. As a dear and wise friend said to me, "You won't figure it out. But you will get through it." 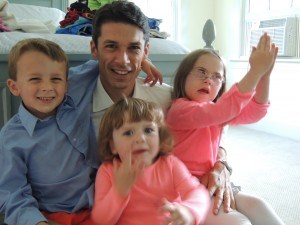 Third, I don't think it is possible to learn all these things without years of screwing it up. For example, I have only carried baby wipes in our car for the past year. You might think I would have clued in to the wonders of wipes, say, seven years ago when Penny was an infant. But no, it took approximately 2,000 days of spills and snacks in the car and snotty noses for me to realize this ingenious solution. I've only had plastic bags in the car (handy, in case you don't already know, for wet clothes of all varieties, as well as diapers and muddy shoes) for the past few months. I'm a bit slow to pick up on these things. I suspect other parents have these things under control far earlier than I, but either way it took some practice, some failure, some learning from mistakes, to figure it out. All this is to say, becoming a mom-who-knows-what-she's-doing (more or less) it takes time. It takes growing up.

And finally, it won't last forever. I'll lose my temper soon enough. I'll sleep through my alarm. Someone will wake me up in the middle of the night or there will be a snow day or I will get the flu or I'll just lose track of the order. And eventually we'll face a new collection of issues (puberty!?!) or face another move or major transition that will throw it all up in the air again.

I'm not really a supermom. But I am a mom who has learned a few things from years of mistakes, including how to be a little bit more gracious, how to ask for help when I need it, and how to say thank you when a season of peace arrives.

**Update: I took Penny to her annual eye exam today. As we were sitting in the waiting room, I glanced up and saw a familiar yellow raincoat with hearts all over it. Sure enough, it was Penny's. We had left it there a year ago.

Parenting
September 18, 2013 at 5:35 am
To add a comment you need to be a registered user or Christianity Today subscriber.

Some Thoughts on Trying to Become a Super-Mom