Home > 2014 > April
Why Pope Francis is Right About ConfessionI'm not planning to become Catholic, but I am grateful for the Pope's example Amy Julia Becker 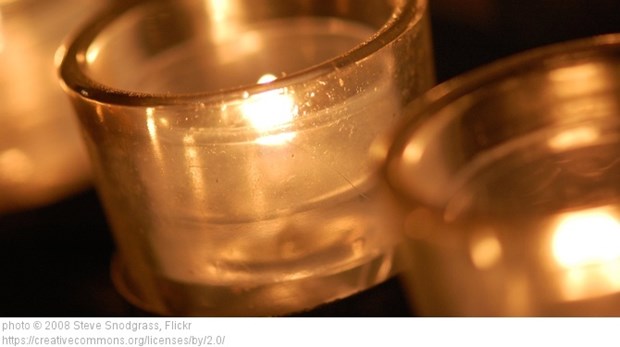 Last Friday, Pope Francis broke with tradition when he knelt down at a confessional in public view and gave his confession to an ordinary priest. Typically the Pope confesses in private, but after preaching a sermon in which he talked about our common sinfulness, he also personally demonstrated his own need to confess his sins.

I am not Catholic. I have never knelt down at a confessional. Years ago, I even argued against the Roman Catholic practice of confession. As a Protestant, it seemed more than clear to me that human beings don't need a priest as an intermediary when it comes to sin. We can go straight to God to confess. In our own personal prayer times, we can receive the assurance of the Holy Spirit that our sins are forgiven.

I still think we can confess our sins directly to God and receive God's forgiveness. But I also think the Catholics are on to something.

As I've written before, I took up confessing for Lent. Sure, it should probably be a part of my daily practice of faith anyway, but it hasn't been. (Another vestige of my Protestant heritage—I'm big on believing in God's grace for me.) So this practice of confession has been pretty simple: each day I look back on the day and ask God to help me see one thing I need to confess. My sins aren't very dramatic—no murder or adultery here. They are quite domestic in nature: gossip, foolish spending, angry and resentful thoughts, lack of self-control, pride, and more. But I have come to believe that every sin, the little and the big, is an impediment to full life in Christ. And I have come to believe that God gives us one another for every aspect of our Christian lives, including the confessional part.

I embarked on my Lenten discipline of confession on my own. But about ten days ago, I also began a "21 Day Challenge" with a group of friends. We all participate in an early morning workout called "Boot Camp" twice a week, and our Boot Camp leader challenged us to 21 days of health and well-being. 21 days of drinking enough water, setting realistic eating goals, and exercise. She insisted that we journal about the experience and that we have a partner. I set my goals and found my partner. Which means that I told my partner when I had two glasses of wine instead of the one allotted for that night. She emailed me to admit she had a second sugary snack. Our response to one another was encouragement, helping each other figure out ways to overcome the same temptation tomorrow, reminding each other of our ultimate goals, and reminding each other that messing up does not mean we are condemned.

It's kind of like confession. And it has made me think that speaking our sin out loud is not meant to be punitive or discouraging. But rather, that "where two or three are gathered in Jesus' name," there he is in our midst (Matthew 18:20). That God has created us for community, to share in our thanksgiving and praise and in our confessions and heartache. It has made me think that speaking sin out loud to another Christian might lead to encouragement—both in recognizing ways that sin might be avoided in the future but also in hearing the words we all need to hear: "in Jesus Christ you are forgiven" (1John 1:9).

I'm not planning to become a Catholic or to begin a formal practice of confession with a priest. But I am grateful for Pope Francis' public demonstration of the goodness of humbly admitting our sins to another human being, in full view of God's grace.

Catholicism; Confession; Lent
April 02, 2014 at 8:49 am
To add a comment you need to be a registered user or Christianity Today subscriber.

Why Pope Francis is Right About Confession

Why Pope Francis is Right About Confession