Home > 2014 > August
Racial Reconciliation 2.0We are all called to the work of reconciliation. A guest post by Rudy CarrascoAmy Julia Becker 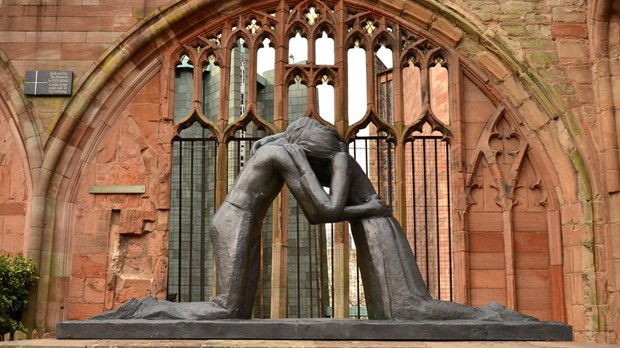 After this I looked, and there before me was a great multitude that no one could count, from every nation, tribe, people and language, standing before the throne and before the Lamb. They were wearing white robes and were holding palm branches in their hands. –Revelation 7:9

Since 1990, I have been involved formally in racial reconciliation ministry through the Christian Community Development Association (CCDA). Upon graduating from college, I joined the staff of John Perkins, the founding chairman and leader of CCDA. Perkins, an African American ministry leader, is well known for emerging from a horrendous beating in 1970 at the hands of a white law enforcement officials with a message of reconciliation and healing. All this is recounted in his book, Let Justice Roll Down, which was listed by Christianity Today in 2006 as #14 of the top 50 books to shape evangelicals over the past 50 years.

A founding philosophical principle of CCDA is reconciliation, which is defined in two ways. First, reconciliation is about reconciling humanity to God through the saving work of Jesus on the cross. Second, reconciliation focuses on racial reconciliation, bringing together people from different ethnic groups in relationships that reflect the vision of Revelation 7:9, a great multitude of people from every tribe, nation and tongue, united in worship of Christ.

After 24 years in this ministry, four principles stand out for me:

First, expand the table without sacrificing black and white. The 2010 Census reports there are 50 million Hispanics, 40 million African Americans, 15 million Asian Americans, and 3.7 million Native Americans. Because of demographics alone we need an expanded table, one that is broader than the historic black and white discussion, when discussing racial reconciliation. Yet we cannot expand the table at the expense of an incomplete accounting of the injustice of black slavery and oppression in America. Ta-Nehisi Coates’s "The Case for Reparations" is a challenge that the church must engage – today and in the future - for its own Christian witness in our society.

It is challenging to do both – to continue our unfinished engagement with horrors of the past and present even while we expand the table and, yes, celebrate diversity. But these things are what people in our churches need, and as leaders we must lead people in this context even while we navigate the waters ourselves. One thing I love about CCDA is that we intentionally represent this diversity of perspective and demographics at the board level, in the conference audience, and among both workshop and keynote speakers. Reflecting Revelation 7:9 on earth as it is in heaven is not easy, but it is doable.

Second, deep personal relationships are the best foundation for racial reconciliation. To live out Revelation 7:9 involves getting to know your fellow brothers and sisters well, and the best start is one on one.

Most Christian leaders know that relationships foster transformation. So here’s a “checking in” question: How many people of other ethnicities come to your house for dinner? At Harambee in Pasadena, where I served on staff for two decades, we made big claims about the power of the gospel to reconcile people. Our neighbors – of all ethnicities – were wary. They kept a close eye on how we lived our daily lives, which is why our leaders intentionally lived in the immediate community. Our neighbors watched to see if we lived as we spoke, and they regularly remarked on the steady stream of people – of a wide range of ethnicities, not just black and Latino – that came through the front door. (Our leadership was primarily black and Latino.) Dinner, an intimate family time, showed that we meant this racial reconciliation stuff.

For pastors, there is a corollary to “who’s coming to dinner.” Curtis Paul DeYoung says,

If you are a white person wanting to provide leadership in a multiracial or multicultural congregation, and you have never had a mentor of color, you will be a colonialist reproducing a U.S. white culture version of the church. Whites need to be mentored for leadership by persons of color.

This dictum applies to any leader operating in a multiracial or multicultural context. For example, a Latino pastor in a majority Latino congregation that contains a minority of Asians would include an Asian mentor in their life to go along with their other mentors.

Third, Racial Reconciliation 2.0. For years, many have critiqued racial reconciliation as a concept that does not go far enough in addressing systemic injustice. Others are wary of engaging racial issues because they can’t see an outcome beyond tapping latent anger and an abyss of unresolvable historical injustice.

We all need a little light at the end of the tunnel, and I’ve found a little in an anti-racism training hosted by three churches in Grand Rapids. Born in East Los Angeles, I lived in radically multiethnic and sophisticated Southern California my entire life before moving to West Michigan in 2009. It’s the rare person that thinks of this area as a hotbed of multiracial anything. And yet this training, hosted by Congregations Organizing for Racial Reconciliation (CORR), gives practical next steps for people who stare into the abyss of historical injustice and are called by God to change the narrative.

These practical next steps include a challenge and guidance for church leaders to operationalize their vision for a multiracial congregation. Not just talk, but also plans and accountability. As the training includes historical review of injustice akin to what one finds in a college course, the commitment to operationalizing Revelation 7:9 on earth as it is in heaven is what sets this training apart.

Fourth, They are in their 50s and 60s. I hear it often: “That type of racism doesn’t exist today.” “Haven’t we dealt with that with all the laws and affirmative action?” “The problem is that people have a victim mentality.” “My ancestors came from another country and had nothing given to them." The people who experienced “the old racism” are in their fifties and sixties right now. They are not ancient history. I have a friend who was a child integrating a white public elementary school after the passage of the Civil Rights Act in 1964. Like Ruby Bridges, his parents were not present when he ran the daily gauntlet of wicked hate. Today he’s in his mid-50s.

African Americans in their 50s and 60s were children and teens as they integrated schools and institutions across America. Their stories are unbelievable, and they are still unpacking those experiences. Listening to them is not just an exercise in building deeper relationships or understanding the past. It’s a window into what is still broken in our society today. Within their narratives are also clues to how we can move forward.

These four principles—Expand the Table (without sacrificing black and white), Personal Relationships, Racial Reconciliation 2.0, and They Are In Their 50s and 60s--guide me as I continue in my own journey of racial reconciliation. It’s not easy for me to look into the depths of the injustice and pain, but I keep in mind that engaging the question of racial injustice is like reading The Screwtape Letters. Written by C. S. Lewis from the perspective of a senior devil mentoring a junior devil in the ways of temptation, The Screwtape Letters edifies the reader even as it engages difficult and ugly truths about human experience and total depravity. In the same way, as we look with a biblical lens into the brokenness of the church and America, there is the possibility of edification and, yes, racial reconciliation. 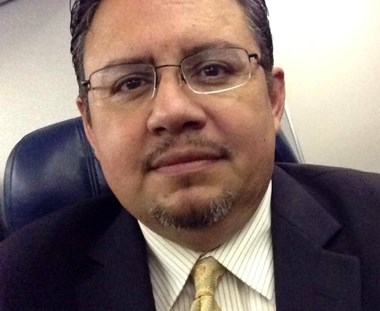 Rudy Carrasco is a board member of the Christian Community Development Association and U.S. Regional Facilitator for Partners Worldwide. He lives in Grand Rapids, Michigan.

Church; Racism; Reconciliation
August 18, 2014 at 5:50 am
To add a comment you need to be a registered user or Christianity Today subscriber.