Home > 2014 > December
The Myth of the Exceptional WomanThe false premise that divides women who lead from women who might.Halee Gray Scott, guest writer 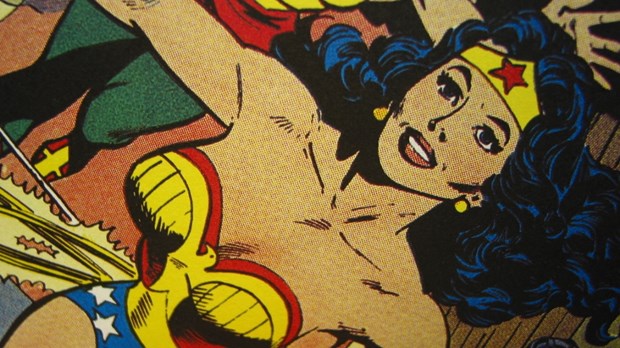 I had been at Azusa Pacific University for less than a semester when I found myself riding along with my mentor, Sarah Sumner, to a speaking engagement in downtown L.A. Once we arrived, I was floored by the depth of her knowledge and by her captivating teaching style. She taught for five hours with no notes. I had just started my Master’s degree, but I thought to myself, “There’s no way I could do that. I might as well hang my hat up now.” I had done this before. Back in college, I was so staggered by C. S. Lewis’ last novel, Till We Have Faces that I, the writing major, did not write a single word for another six years. Why even try in the face of such “competition”? I clearly just didn’t have what it takes to be great at teaching or writing.

One of the big challenges for Christian women is the myth of the exceptional woman. The way we think of women leaders is completely incongruent with the way we view women in general. Women who are out front, writing, speaking, teaching, or heading up organizations are seen as more intelligent, more put together, more compassionate, and more relational than the average woman by Christian men and women. When researching my book, Dare Mighty Things, I statistically analyzed what people thought of women, female leaders, and successful leaders. Female leaders actually had more desirable leadership qualities that we expect in a successful leader.

This seems like great news for women, right? Female leaders are viewed similarly to successful leaders—even more similar than men and male leaders!

This schism between female leaders and other women creates a false dichotomy. We view women leaders as “extraordinary” or “anomalies” to a paradigm. In recent decades, the myth that no Christian women can lead has given way to the myth that only “exceptional” or “extraordinary” women can lead. As a result, we have entered a permanent phase of pioneering, where women continue to meet significant structural and organizational challenges. The myth of the exceptional woman has negative ramifications for female Christian leaders and for women in general.

For female leaders, the gap saddles them with huge role expectations. One female CEO told me, “To be viewed as successful in my role, I feel like I have to be twice as good as a man. No one actually says that, but the expectation is there. All of my decisions are heavily scrutinized.” And as gratifying as leadership can be, many women report that it comes with a heavy social toll, alienating them from other women, leaving them feeling isolated and lonely.

Finally, just as I responded to my mentor’s teaching and C.S. Lewis’ writing, the high perceptions we have of female leaders causes some women to feel woefully inadequate—so inadequate they’re afraid to step out to lead at all.

The concept of “extraordinary” divides women who lead from women who might.

But women leaders aren’t that extraordinary. The differences between female leaders and women in general are not as great as we think they are—at least, they’re not differences that we can’t address through education and more opportunities.

· Difference in natural talents. Some things about truly great leaders do boil down to soul, but this difference alone cannot account for the large disparity we see between women leaders and the average woman. Researchers state that 70% of leadership abilities are learned traits, not innate ones.

· Difference in spiritual gifts. It may be that some leaders are spectacularly gifted at something simply because the Spirit gifted them so. We’re still called to use our giftedness, even if it’s not spectacular.

· Difference in preparation. Moving beyond innate traits, Christian women may differ because some have had more preparation—whether it is through seminary, work experiences, or family experiences. The local church can invest in the discipleship and training of women to overcome these differences.

· Difference in opportunity. A woman could go to seminary and receive all the appropriate degrees for ministry and still not be able to find a position in a local church. A woman with all the appropriate training and expertise could still be overlooked at her church. The women leading today, especially women in upper levels of leadership, have often come into their positions from the business world, where there are fewer impediments to their development as leaders.

Leadership comes not because some women are ontologically superior or worthier than others. Churches and communities can bridge leadership gaps through education, skill development, and opportunities for professional growth and development.

So much of what we take to be extraordinary—whether it be in writing or in leadership or almost any other sphere—is simply the result of showing up, of being faithful even when we fail or feel inadequate. Years after I read Lewis’ last novel, I stumbled upon his first—A Pilgrim’s Regress. Where the sparkling prose of his last novel swept me away, I could barely muck through the arcane prose of his first. And yet, the same man had authored both—the only difference between them was nearly 30 years showing up, thinking, dreaming, and writing. Lewis was able to write Till We Have Faces because he was willing to keep showing up even after the relative failure of A Pilgrim’s Regress. His courage gave me the courage to write once again. 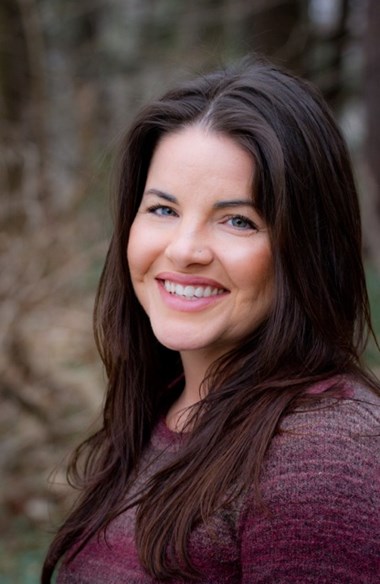 Women's Rights
December 15, 2014 at 9:04 am
To add a comment you need to be a registered user or Christianity Today subscriber.

The Myth of the Exceptional Woman

The Myth of the Exceptional Woman