Home > 2014 > February
My Questions About the Ethics of Embryo SelectionWhat should parents do when their children run the risk of inheriting painful fatal diseases?Amy Julia Becker 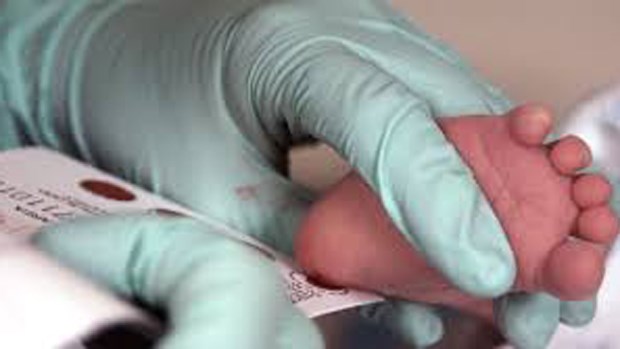 It sounds pretty basic. A lovely young couple wants children, and they want those children to prosper and grow. They want to do as much as they reasonably can to ensure that those children have good, full lives. Happy lives. Lives that are as free from suffering and pain as possible. The problem is that they run the risk of bearing children with a gene that will probably cause a slow and painful death, albeit a death many decades in the future.

What should they do? Never have children? Adopt? Take the risk and conceive, come what may? Take the risk, conceive, and then terminate the pregnancy if the gene is present? Or try preimplantation genetic diagnosis, which involves creating embryos and testing them for the problematic gene and only implanting embryos free of the gene?

In the case of the Kolinsky family, as Gina Kolata reports for the New York Times, they chose preimplantation genetic diagnosis (PGD) in order to be certain that none of their children inherited their mother's rare, painful, fatal neurological disease. As Kolata reports, the use of genetic testing and PGD is on the rise, and so the ethical questions associated with these tests are all the more relevant to all of us. As she writes:

Ethicists are divided about use of the method.

Janet Malek, a bioethicist at the Brody School of Medicine at East Carolina University, said that people who carry a gene like GSS have a moral duty to use preimplantation diagnosis — if they can afford it — to spare the next generation.

"If there is a paradigm example in which a parent can have an obligation to use this technology, this is it," she said.

But David Wasserman, an ethicist at Yeshiva University and consultant to the department of bioethics at the National Institutes of Health, says there is no obligation to use it for diseases that do not start until adulthood. Eliminating embryos with such genes is essentially saying someone like Ms. Kalinsky should never have been born, he said.

I should say here and now that technologies such as PGD concern me for a host of ethical reasons, including the fact that we as a culture tend to let ethics follow technology rather than the other way around. PGD provides yet another example of a technology that people are using in the midst of an ongoing debate about the potential personal and social repercussions.

I'm not trying to pass judgment on the couple profiled in this article. I don't think Down syndrome is the same as a debilitating physical disease, and yet this article, and the technology and ethics included raise important questions for us to consider. Here are a few:

Are there or should there be different ethical standards for people of faith and for those who do not believe in a God who creates, sustains, and nurtures life?

Even for people of faith who subscribe to the idea of God as a creator, what role should parents play in stewarding the lives of the children they conceive? (Which raises the question of whether embryo destruction is the same as abortion is the same as infanticide. I'm not going to get into that debate here, though I will mention my appreciation for my friend and colleague Ellen Painter Dollar's treatment of these questions in her book No Easy Choice.)

Is near-certain physical suffering a good reason to cut short a human life? Can there be value in suffering?

What are the larger social effects of these technologies? (For instance, the article mentions that 2% of PGD is currently used for sex selection, widely regarded as an unethical practice. I also wonder whether research dollars could/should be spent towards gene therapy rather than embryo destruction as a way to try to overcome the physical suffering involved.)

What are the larger spiritual implications of these technologies? In a world of instant gratification, diversion, and entertainment, what place is there for waiting, for longing, for the brokenness and potential openness to grace that can come with dreams deferred?

I do not have all the answers. I wish the Kalinsky family well. But I also very much hope we will wrestle as a culture to better love the vulnerable ones in our midst.

Abortion; Ethics; Genetic Engineering; Pregnancy
February 06, 2014 at 8:23 am
To add a comment you need to be a registered user or Christianity Today subscriber.

My Questions About the Ethics of Embryo Selection

My Questions About the Ethics of Embryo Selection