Home > 2014 > July
Four Questions I Have About Transgender IdentityStruggling to love my neighbors in grace and truth.Amy Julia Becker 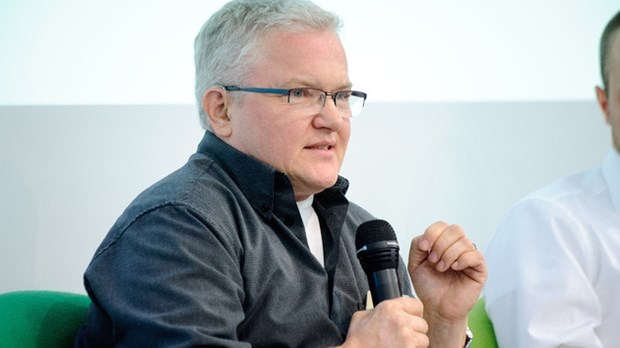 Last week I wrote a post called "Let Kids Be Kids Instead of Sexualized Little Adults," in response to a YouTube video about a "transgender" girl whose parents helped her "transition" into a boy at age 6. I cautioned against the idea that children's gender identity (as distinct from their biological sex) is always established early in childhood. And I held both liberals and conservatives accountable for this problematic notion in contemporary American culture. One commenter, Matt Stephens, summarized the problem well: "Culture and norms are important. But our society pushes too hard in both directions—simultaneously shrinking the gender norm boxes and celebrating the permeability of them."

Parents can allow their children the freedom to wear clothing and play with toys associated with the opposite sex without assuming that their kids are or will be confused about their gender identity. Nevertheless, some adults and adolescents (young people who've gone through physical sexual maturity) do experience gender confusion in which their biological sex does not accord with their feelings and experience of gender. According to the National Center for Transgender Equality, "transgender" is "A term for people whose gender identity, expression or behavior is different from those typically associated with their assigned sex at birth." TIME's May 29 cover story, "The Transgender Tipping Point," discussed the rising visibility and acceptance of people who alter their appearance and even hormonal and physiological makeup in order to better match the gender with which they most identify. But even in today's more tolerant culture, being transgender is not easy. Both young men and women express great angst and even despair when their gender identity is different from their biological sex.

I believe that Scripture in authoritative, both in its affirmation of our creation in God's image and in its call to be radically gracious and hospitable to others. How do we understand ourselves—and others—as God's good creation when it comes to transgender identity? And how do we respond with grace, hope, and love to people with transgender identity? I do not pretend to have all the answers, and so I wrestle with Scripture and with Jesus' example of grace and truth in order to navigate the many questions surrounding human sexuality and identity.

How does Christ's incarnation affect the way we understand transgender identity?

Christians believe that God created us as persons, and that each of us bears the image of God (an image marred by sin, but an image nevertheless). Further, we believe that our bodies, minds, and spirits are integrated and ought not to be divorced from one another. Jesus' incarnation—his willingness to become a human being—affirms all the more the importance of bodies . From this vantage, transgender identity seems to signal brokenness—discord between the physical and the emotional self.

Along these lines, psychologists have historically recognized transgender identity as a disorder (until the most recent edition of the DSM). The question remains, however: What does it mean to love and care for someone who experiences this discord? Plenty of other physical concerns call for medical attention. Should the same be true here? How do we affirm the integrity of body, mind, and spirit while simultaneously accounting for the brokenness of our bodies?

What does the Bible say about masculinity and femininity?

Some of the confusion about gender identity in our culture arises because of narrowly constrained gender norms (i.e., girls wear pink and boys wear blue). Many of these norms are fluid, culturally bound, and change over time. And yet God creates male and female in his image, with the implication that men and women, in their physical attributes and gender identity, are intended to complement one another so as to better reflect the character of God. On the one hand, I want to be careful not to assume traditional gender norms simply because they are traditional (i.e., men can't be nurses or women can't be in the army). On the other, I want to understand for myself and for my daughters what it means to be a woman—and for my son, to be a man—before God.

Why is it easier to be a "tomboy" than a boy who identifies with more typically "girl" things?

I wrote last week about my sister Elly, who wanted to be a boy for the first eight or nine years of her life. Early on she was labeled a "tomboy," and neither my parents nor many other people made too much of it. If I think about her behavior, though, and impose the opposite on a boy—if a boy wanted to wear only dresses, take ballet classes, and wear his hair in ponytails—he would almost certainly not receive the same treatment. In fact, we don't have a non-pejorative word for boys who want to be girls.

When I asked Elly about her early desire to be a boy, she said,

I thought there was something cool about being a boy—maybe not even just a boy, but a man, specifically the businessmen I saw walking down our street every day heading to the train station, briefcases in hand and nicely dressed in suits. I saw they had a purpose and must have recognized a level of success among them . . . The interesting thing for me in looking back on wanting to be a boy . . . is that I clearly was interested in success and a sense of strength. I continue to be driven by achievement, I value work ethic and am very committed to my work.

Is this double-standard for boys and girls a sign of continued prejudice in favor of men and masculinity? Are girls given more freedom to explore their identity than boys? Might the strong negative reaction to boys who prefer stereotypically feminine things only create further confusion?

What does radical hospitality, generosity, and love look like as they apply to human sexuality?

The NIH reports that nearly 50% of all transgender people experience depression. Further, at least 40% have tried to commit suicide, and the rate of violence and bullying against transgender people climbs even higher. I think of Jesus' story of the Good Samaritan and of the righteous rulers who walk by the man wounded on the road. And I think of the Samaritan who stopped to help, at great cost to himself, simply because the man was hurt. Jesus told this parable without any mention of the righteousness or unrighteousness of the man who was hurt. He told it to broaden his followers' understanding of who counts as a neighbor, and also to demonstrate the radical compassion possible when we follow his lead.

What would it look like for the church to care for transgender people—whose rates of depression and violence indicate that they have been beaten up along the way—in the same manner that the Samaritan cared for the man by the side of the road?

I don't understand why transgender people experience such a disconnect between their biological sex and their gender identity. I don't know how much of that discord should be attributed to problematic social gender norms, or to individual or cultural sin and brokenness, or to physiological differences from one person to another. But I do know that Jesus—full of grace and truth—wants me to ask these questions only insomuch as I care about my fellow humans and desire to honor them for who they are in his sight.

Gender; Sexuality and Gender; Transgender
July 15, 2014 at 8:14 am
To add a comment you need to be a registered user or Christianity Today subscriber.