Home > 2014 > July
The New Catholic Novelist You Need to ReadAn interview with Christopher Beha about his latest novel.Amy Julia Becker 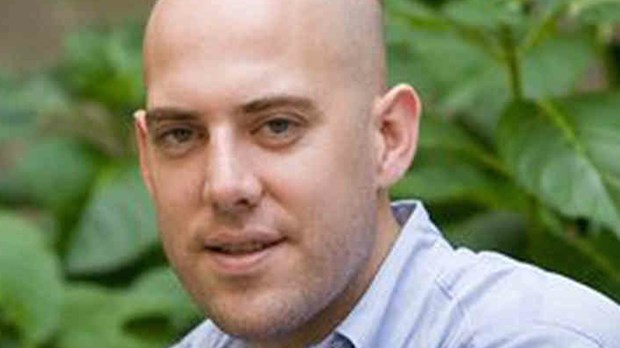 I've been aware of Christopher Beha's writing for a few years now. I still sometimes find myself thinking about his coming-of-age novel What Happened to Sophie Wilder, and just this summer I raced through his memoir about reading the Harvard Classics, The Whole Five Feet. I also had the privilege of hearing Beha speak at the Festival of Faith and Writing this past spring. Beha spoke about faith and literary culture and the problem contemporary novelists face as they need to entertain their audience above all else. Some of those ideas about our current cultural situation and the problem of needing to be entertained emerge in Beha's newest novel, Arts and Entertainments. 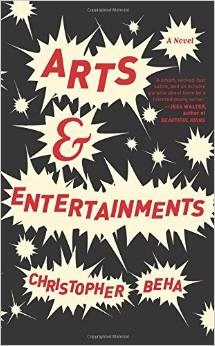 In Arts and Entertainments, "handsome Eddie" Hartley is a drama teacher at his alma mater, a tony Catholic prep school in Manhattan. When Eddie and his wife Susan can't afford another round of in vitro fertilization, Eddie decides to sell a sex tape he made with his old girlfriend, who is now a television star. Eventually both Eddie and his wife Susan end up on a reality television show. I'm grateful that Christopher Beha agreed to be interviewed about this new novel, which I readily commend to you as an, ahem, entertaining read that nevertheless provokes serious thought about the nature of reality and of what it means to be a human being, body and soul.

Susan has a semblance of religious faith, and yet it isn't clear what role that faith plays in the decisions she makes. What prompted you to write Susan as a religious character?

In my view Susan has more than a semblance of religious faith; she is a believer, full stop. If the relationship between her faith and her practical decision-making seems obscure, that's probably true for many believers. It doesn't seem to me that religious belief is much protection against the kinds of temptations I'm writing about, as an empirical matter. Although I do hope the presence of sincere faith in the novel provides an alternative to these temptations, even if that alternative isn't taken by those for whom it seems most available.

Susan and Eddie decide to use in vitro fertilization without seeming to give it any ethical consideration. Do you see a relationship between their use of reproductive technology and their willingness to put their lives on screen?

To be honest, earlier drafts of the book gave much more consideration to those ethical questions, and I ultimately decided that those questions were better dealt with by implication. I know several very devout Catholics who have not hesitated to resort to IVF when they had problems conceiving naturally. That isn't to say that they didn't struggle over the decision, of course.

For Eddie, the experience of performing on "reality" television helps him discover his "soul." Is there something hopeful about his experience?

The hopefulness comes in the implication that there is something within each of us that is uniquely ours—ours and God's—and can't be got at by this culture of publicity. And that part—the soul—can thrive under almost any conditions. But we have to choose to cultivate it.

At one point in the novel, a reality television producer equates the audience with God. In what ways has entertainment replaced religion in our culture?

I think that a lot about our desire for celebrity is rooted in the assumption that life is a largely external matter, that is to say, that the empirical data of physical existence are "real" in a way that our internal lives are not, and that nothing can be brought into the full richness of life unless it is brought into the physical world and to the attention of as many other people as possible. So everything needs to be documented, it needs to be publicized to as many people as possible, and it needs to be validated by their response. Our lives take place entirely in our own minds, and yet we have convinced ourselves that what takes place entirely within is of no value. The result is a kind of constant low-level terror of obscurity, and a lot mass entertainment exists to anesthetize us from that.

As I found myself entertained by this story and eager to find out what happens next for Eddie and Susan, I also felt strangely implicated. As a reader, I was participating in the very experience the novel critiques. To what degree are we all implicated in our cultural obsession with celebrity and entertainment?

There is an obvious rejoinder to be made about my criticism above, which is that I spend my time making my own internal life into publicizable external data in the form of novels. This is true, and I don't have a good answer to it. If I were not implicated, I don't think I'd want to write about it. I'm not interested in books where the reader and writer stand apart from some foible of which they are safely innocents and point fingers at it. I want my work to challenge my reader a little bit—and I want it to challenge me.

Entertainment; Media; Reality TV
July 28, 2014 at 6:38 am
To add a comment you need to be a registered user or Christianity Today subscriber.

The New Catholic Novelist You Need to Read

The New Catholic Novelist You Need to Read