Home > 2014 > July
What I'm Teaching My Kids About the Fourth of JulyWhy we celebrate, even in the midst of a complicated history. 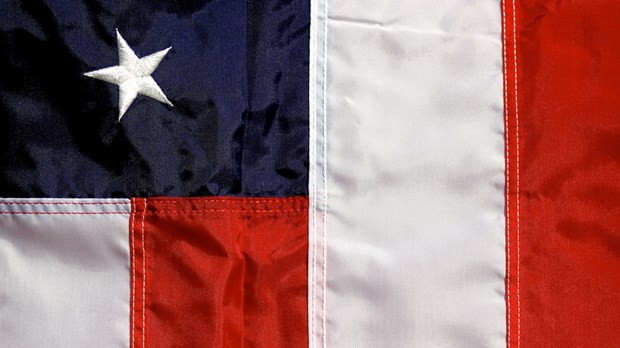 "Momma, how many days until the fireworks?" three-year old Marilee asks, her eyes big and earnest.

"Yay!" She raises her hands in the air with a huge smile.

I turn to my two older kids. "Do you know why we celebrate on the Fourth of July?"

Penny, age eight, squints a little bit, as if she's searching for the answer, "Independence Day?"

"That's right!" I say, impressed. "What does independence mean?"

She shrugs. Her younger brother William, age five, also shrugs. Marilee leaves the table. We've been anticipating the fireworks, the family coming to town, the red, white, and blue outfits, for weeks. But we haven't talked at all about the meaning of this holiday.

So I launch into a long if simplified explanation of how our country came to be. We start with the flag hanging from our front doorpost. They proudly proclaim the number of stripes (13!) and stars (50!), and although they kind of understand that the 50 stars represent the 50 states, they don't know the meaning of the word "colony."

I tell them about the Pilgrims leaving England and how over time they formed communities called colonies and they were paying money to England even though England wasn't giving them much in return. I tell them that the people in the colonies wanted to be free from England and so they decided to go to war.

"Yes, sweetie. Lots of people died. And they died because of how much they wanted their children to live here and be free, to be independent." We talk about George Washington and how Americans get to vote for President instead of having a king, and I am struck by the sacrifice our forebears made, struck by the peace and safety and security in which we live now, grateful for the ideals upon which this nation has been built.

And I am grateful for the chance to remind myself and to teach my children about what it means to be an American, about what we celebrate when we gather together to eat burgers and hot dogs and corn on the cob. Many years have gone by in which I have neglected to consider the history that undergirds the awe we feel as the fireworks light up the night sky. But as I try to explain it all to them, I also know our history as a nation is more complicated than the story I have told so far. I know that those ideals have taken centuries to become reality for large swaths of the population. I want my children to understand the beauty and awe of it, but also the messy reality of a broken people creating a nation.

I say, "The thing is, when the Pilgrims got here, it wasn't san empty land. The Native Americans lived here already."

Penny and William look to me with interest as I continue. At first, I tell a tame version: "But the white people who came didn't really understand that the Native Americans were already living here." I fumble to explain. "You know, because Native Americans didn't live in the same kind of houses as they had back in England." And a voice in my head says, Yeah, it was the difference in housing that led the Pilgrims to take over the land. So then I say, "Well, and the white people also thought that if you had white skin you were more important that a person with brown skin. I think you learned about that in school on Martin Luther King Day?"

They are both nodding.

William says, "We did a picture of handprints, with a white and brown handprint where the thumbs are on top of each other." He lays his hands on the table to show me.

William tells me, "But, Mom, without Sacajawea, Lewis and Clark couldn't have crossed the Mississippi River."

The theme at camp this week is "explorers," with one group named "Lewis" and one "Clark."

"That's right," I say. "Sometimes Native Americans and white people were friends. But a lot of the time they fought each other. Actually, some of our relatives were on their way to church hundreds of years ago and Native Americans killed all of them except one little girl named Hannah. So even people in our family were part of the fighting."

Their faces are more somber than they were at the beginning of my story. The phone rings, and we leave it there, on the note of death and disillusionment. The fireworks and parades and patriotic colors will bring us back to the celebration, as well they should. And yet I'm also glad that our conversation took us past the simple version of our history and into the messiness of ideals and plunder, of freedom and slavery, of death and life. Even more, I'm glad that I can tell my kids that the ideals stated over two hundred years ago have made a difference. That slavery ended. That women and men, white and black, can vote for President now. That no war has been fought on American soil in 150 years. That other countries have become democracies because of the way our government functions. That even in the midst of our many sins as a nation, the glory of freedom and justice, the fundamental principle of human worth, has shone forth.

On the fourth of July, I'm teaching my kids—and reminding myself—that we have committed many grievous acts as a nation. And I'm teaching them that we have many many good reasons to celebrate this nation together.

Democracy; Independence Day; International; United States
July 03, 2014 at 8:10 pm
To add a comment you need to be a registered user or Christianity Today subscriber.

What I'm Teaching My Kids About the Fourth of July

What I'm Teaching My Kids About the Fourth of July