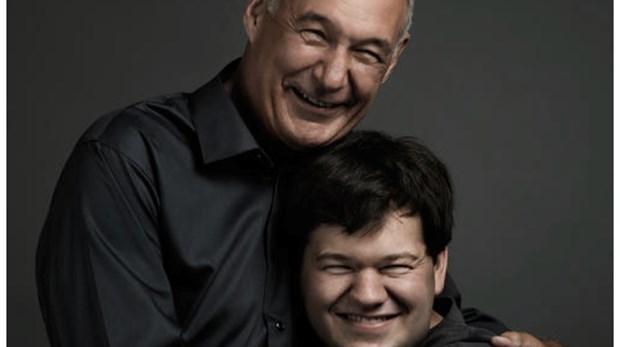 I picked up No Greatness Without Goodness, by Randy Lewis, because I was intrigued that a senior VP at Walgreen's had successfully created hundreds of jobs for individuals with both physical and intellectual disabilities. I was even more intrigued to find out those jobs paid an equal wage to the typically-abled workers and held all employees to the same standards. The book exceeded my expectations. Lewis tells a winsome, honest, and inspirational story about how one man's love for his son Austin, who has autism, coupled with his commitment to justice led to transformed lives for countless individuals with disabilities and for their coworkers. It also offers a broader message about what faithful leadership within a for-profit company looks like in service of God's kingdom. Anyone in a leadership position who wants to bring God's goodness into the workplace should read this book, as should anyone interested in practical ways to create meaningful work for people with disabilities.

I am honored that Randy Lewis agreed to offer a condensed version of his story with us here today:

The dreams my wife, Kay, and I had for our son Austin were of the ordinary kind – playing baseball, riding a bike, graduating from college. When he was diagnosed with autism at the age of three, the son we had died and a new one took his place. Our delightful, verbal son lost all language, becoming an uncontrollable stranger we would have to learn to know. Experts told us he might never talk, never be potty trained, never learn to dress himself. He now does all those things and more, but getting there was a long road.

The early years were hard. Austin slipped away from his mother so often during shopping trips that she began telling store managers he was deaf so they would understand the difficulty and urgency of finding him. We couldn't eat in a restaurant, go to movie, or leave him with babysitters. His public meltdowns caused other parents to look at us like we were idiots. Being shamed in public became a commonplace event.

Austin did communicate without words, however. When I'd frown at him, he would run across the room to push my eyebrows up. Those little hands on my face calmed my anger like nothing else ever could have. When I spoke harshly to him, he would be unhappy for days – so long that I would repent of any impatience and vow to hold my temper better the next time. He taught me more patience than I ever thought possible.

Austin continues to advance even now in his 20s, and if you spend enough time with him you will discover a compassionate, curious and charming young man with a delightful (albeit odd at times) sense of humor. At movies he may laugh when everyone else is gasping, but there's nothing callous about him. A lost kitten can make him cry all night.

As a parent and an employer, I saw the obstacles that people with disabilities face in securing employment. They may not be able to get through the on-line application process, may not interview well, may not be able to learn the way we are used to training, may have inconsistency in their employment history. They face death by a thousand cuts. And the unkindest cut? The belief by 99.999% of us that people with disabilities really cannot do any job as well as a typically-abled person.

Watching my son progress taught me that we underestimate the abilities and contribution of people on the margins. Seeing the way Austin is dismissed or ignored by others gave me the courage to stand up for those who are unjustly overlooked and ignored. Loving my son helped me understand the pain of parents everywhere who lie in bed at night worrying about what will happen to their children after they are gone. A job could change the arc of a life. A job could provide independence. It could mean friends and a social life. A job could be a source of satisfaction and purpose.

So the question was: Who is going to do something about it? I was a senior VP at Walgreens, and the company was growing. We were offering well-paying jobs with a future. We had already built some of the most automated distribution centers in the world. We were planning a new mission critical center that would be even more automated and the most efficient in our history. 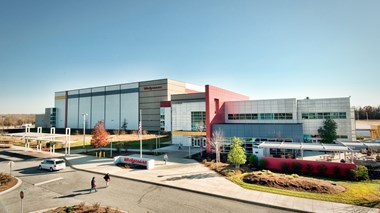 This was a success because it tapped into that deep longing in each of us to become part of something bigger than ourselves and to leave the world a better place. That inborn desire is a great force just waiting to be set free. Not only in private life but in the work world. And as this story shows, business can do good and be profitable too.

Although the circumstances of our lives differ, I am more convinced than ever that we all underestimate our own abilities in making a difference. All that's needed is for people who want to do good to step forward. Others are waiting join in.

I have only one regret: that I didn't start trying to change the world sooner.

Randy Lewis is the author of No Greatness Without Goodness which chronicles his story and the lessons learned to serve as a how-to guide for leaders who want to make a difference. All his proceeds will go to charity. Follow Randy's work at NogWog.com

Autism; Business; Disability
June 09, 2014 at 7:54 am
To add a comment you need to be a registered user or Christianity Today subscriber.

How My Son with Autism Transformed my Business

How My Son with Autism Transformed my Business