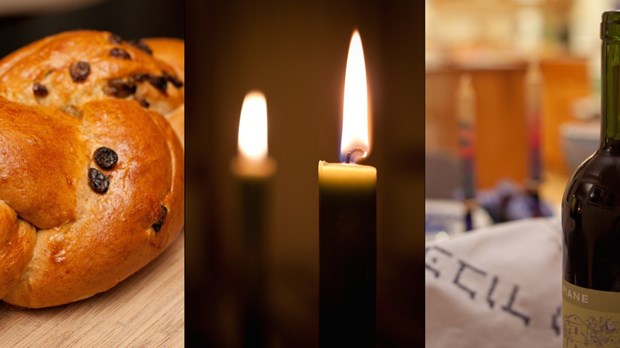 Where I come from, Shabbat begins at dusk on Friday nights, and ends when the first three stars become visible on Saturday evening. The twenty-five or so hours from Friday evening through Saturday evening are meant to be a time of restorative rest and reconnection with God, family and faith community, I grew up in a fairly secular Jewish home in a predominately Jewish neighborhood, and understood that the Sabbath was a core part of our Jewish identity, even if few in our neighborhood observed it with any consistency.

On Friday nights, just before my family sat down to dinner, my mom would kindle the two candles that welcomed the Sabbath into our home, and my sister, my mom and I would pray the traditional Hebrew blessing over the flickering lights. After those moments of ritual, we'd eat, then go back to our regularly-scheduled program of watching TV, doing homework or finishing our household chores. The Fourth Commandment told us we were to remember the Sabbath day and seek to hallow it. We did remember (most weeks, anyway), but weren't too committed to trying to figure out what keeping the day holy might have meant for us. I believed Shabbat was a gift that belonged to hard-core Jews, not people like us.

When my family moved from the predominately Jewish enclave to a majority-Gentile community before I entered 8th grade, I discovered that Christians called Sunday the Sabbath, which was extremely confusing to me. How could there be two Sabbaths in a single week? I came to faith in Jesus during my high school years through the patient witness of a born-again friend. My parents forbade me from attending church as long as I lived under their roof, but as I began attending church after I left home, I heard a variety of explanations for Sabbath-on-Sunday: "It's the day our Lord was resurrected", "That whole Friday-Saturday thing is so Old Testament", "The Jewish Sabbath is a 7th-Day thing, and we Christians are 8th Day, resurrection people.'", or, with a shrug, "In Christ, we're free from the Law, so we don't need to worry about keeping the Sabbath."

Preachers pointed to the way Jesus challenged those who were too tightly bound to legalistic ways of observing Shabbat (like this and this). Any conversation about the day of rest somehow turned into a Sabbath-versus-Jesus throwdown that Jesus always won. To the victor went the spoils, and in the case of most of the churches I attended, the spoils were the freedom to go out to eat lunch at the restaurant of our choice after church with a clean conscience. It was mostly easier to ignore it than to wrestle with it.

Occasionally, I wondered if I'd thrown the Sabbath baby out with the proverbial bathwater. When I read the New Testament, I saw Jesus and his Jewish followers participated in the Jewish feasts and joined their kin in synagogue on Shabbat. Jesus wasn't abolishing the Sabbath – he was asking his followers to engage more deeply in the meaning of the Sabbath as a time to celebrate our Creator, and connect him with the hope the Jewish people had carried for a Messiah who would come to usher in the new creation. He told his followers that he'd come to fulfill the Law, that he was Lord of the Sabbath.

But did this mean he intended us to swap out one day for the other? Or view Sabbath-keeping as an unplugged relic of a bygone era?

Within a generation after Jesus' death, burial, resurrection and ascension, his young community of called-out ones faced a crossroads about what it meant to be a faithful follower of the Jewish Jesus. Followers of Jesus were usually considered to be a part of a sect of Judaism for most of the first century. As an increasing number of Gentiles came into the Church, Jewish and Gentile followers of Jesus disagreed about the place of a number of Jewish practices, including Shabbat,

During this period, corporate worship gatherings began to move organically to the day in which Jesus rose from the dead – the first day of the week. These gatherings were of a different character than Jewish Sabbath observance. The Didache, an late first- or early-second century guide used to instructing new converts, directs believers to gather on Sundays for worship: "And on the Lord's own day gather yourselves together and break bread and give thanks, first confessing your transgressions, that your sacrifice may be pure." (14:1) As the church disconnected from her Hebrew roots, Jewish Sabbath language was overlaid on to these worship gatherings. In 321 A.D., Constantine codified this practice with a decree that Sunday would be a day of rest across his empire. The first day of the week had effectively become Christian Sabbath.

After my first trip to Israel six years ago, I caught a glimpse – a small one – of the delight Sabbath was meant to be for us. The six-days-a-week cacophony of Jerusalem dialed down to a holy hush as Shabbat approached. It wasn't a disconnected gesture toward ritual, codified Blue Laws legislating rest, or attendance at Sunday morning church services. While there is legalism aplenty in the Orthodox Jewish community about the way in which Sabbath should be observed, there was also a sense of expectancy among the entire community that there would be space each week to reconnect with God and others. It was the first time I'd ever had the sense that Shabbat was indeed a gift instead of an obligation – a gift God wanted to give me each week.

To be honest, it's a gift I'm not entirely sure how to unwrap. I do know this much. I can no longer return it to the Giver unopened as I have for so many years.

Though there are some Christians who are trying to inject a Sabbath into their week, these efforts in our culture are largely an individual pursuit. This person elects to observe a digital Sabbath, that person chooses Monday as their day of rest. Perhaps it is time for more of our church communities to wrestle a bit with the ribbons on that unopened gift. We just might find the rest we need tucked inside the box. 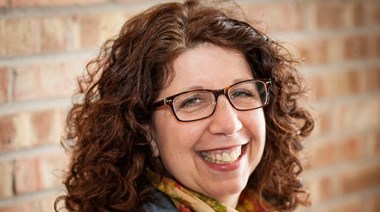 Michelle Van Loon is the author of If Only: Letting Go Of Regret (Beacon Hill Press, 2014) and is a regular contributor to Christianity Today's Her.meneutics blog. She's written two books on the parables of Christ, and has pieces in four devotional projects. In addition, she is a student at Northern Seminary in Lombard, IL. She blogs at Pilgrim's Road Trip.

International; Jewish-Christian Relations; Sabbath; Ten Commandments
June 24, 2014 at 3:27 pm
To add a comment you need to be a registered user or Christianity Today subscriber.

The Jewish Roots of Christian Sabbath

The Jewish Roots of Christian Sabbath