Home > 2014 > June
Sabbath is Not a Means to More Productive WorkIt's time to stop optimizing the Lord's Day. A guest post by David Zahl.Amy Julia Becker 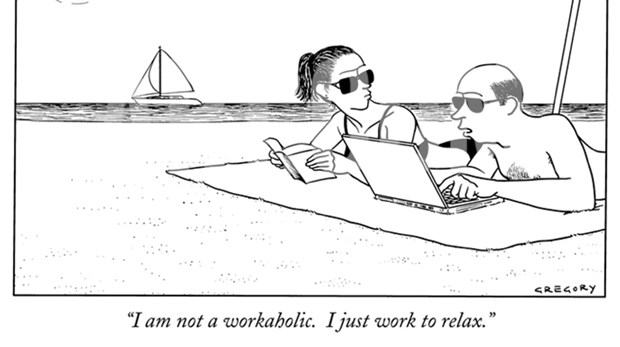 In our final post of four related to understanding, celebrating, and receiving the gift of the Sabbath, David Zahl reflects on our tendency to want to work, even as we rest:

A few months ago, The New York Times ran a remarkably astute editorial about the state of American sleep. Apparently the Centers for Disease Control and Prevention recently declared insomnia to be a full-blown public health epidemic. The "Sleep Industry"—a $32 billion/year endeavor—has responded. They've introduced a spate of new soporific technology, from pills and teas and chocolates to bracelets and mattresses. (The number one selling paid app on iTunes this Spring was the Sleep Cycle Alarm Clock.)

But that's not the interesting part. The interesting part is how these items are being marketed. We are told that "for each additional 10 hours of vacation employees took, their year-end performance ratings… improved by 8 percent." These products are not being marketed as aids to help us rest, but as widgets that will improve our performance at the office, or on the playing field, or in the bedroom, or whatever venue we value most.

The most effective way to sell sleep, in other words, is to make it constituent of work, handmaiden to productivity. Rest is no longer rest, just a prelude to more work. Thus the human being becomes a machine to be "optimized", as the life-hackers transparently put it. Like a machine, our worth depends on our performance; it may even be synonymous with it.

The trend isn't an isolated one, of course. It's well known that the US, despite boasting the smallest amount of required vacation, leads the developed world in 'untaken vacation days'. And even when you do get to the beach, visions of the New Yorker cartoon pictured above abound, of a man and woman basking under the sun, listening to the waves as the woman reads a book and the man… types on his laptop. The caption reads: "I'm not a workaholic. I just work to relax."

Some see these numbers as evidence of a superior work ethic. Others write them off as a dehumanizing but necessary byproduct of technological advances afforded by 21st century capitalism. Others still, and I would include myself in this number, wonder if something deeper is going on, if our collective over-occupation might be indicative of a pathological fear of boredom and, yes, death. Some would go so far as to say that work is a socially approved means of justifying our existence, of reminding us we are alive and allowing us to forget that we will die.

Whatever the case, what's clear is that we do not know how to rest.

You can understand, then, why theologian Walter Brueggemann considers the Fourth Commandment—the one that mandates Sabbath rest— "the most difficult and most urgent of commandments in our society." He's not just talking about the encroachment of soccer game schedules and 24-hour pharmacies and phantom limb-like smartphones. He's referring to a fundamentally restless culture, and the challenges it poses to anyone who might be so bold as to take the Sinai injunction seriously. (As he points out in his new booklet, Sabbath as Resistance, as much as we make of the other commandments, it is the fourth that gets the most ink, both in Exodus and Deuteronomy).

The current situation is a tad ironic. Talk to a member of the "greatest generation" about their childhood Sundays and they will invariably relate youthful frustrations about Sabbath prohibitions. They will tell about blue laws. About no baseball on Sunday. No movies. No shopping. To most of them, Sabbath did not represent an oasis of inactivity—it represented a resounding No, an inflexible Law put there to confound fun and frivolity. They describe an environment where what was intended for good had hardened into a mode of control and repression—legalism, if you will. The spirit had been lost, as it often is.

Today, the zeitgeist has shifted. What was once prohibition might now be heard as permission: to stop, take a breath, and remember that we are more than what we produce, more than our job title or bank balance. Sabbath, in this light, does indeed represent resistance to the dominating paradigm of more more more, an invitation to, well, the experience of grace. As Brueggemann writes,

The alternative on offer [in the Sabbath] is the awareness and practice of the claim that we are situated on the receiving end of the gifts of God. To be so situated is a staggering option, because we are accustomed to being on the initiating end of all things. We neither expect nor even want a gift to be given, so inured are we to accomplishing and achieving and possessing.

As if we needed more proof that God is not an American! But seriously, there is something beautiful and true and deeply reorienting about the Sabbath. We should all take more advantage.

And yet, lest we mistake Law for grace, it is still a part of the Decalogue. The Law cannot engender what it commands. That is to say, as tempting as it may be, a louder, more articulate expression of divinely mandated rest will not inspire repose in those for whom work and 'doing' has become integral to their self-justification—which is all of us.

I can't help but think about all the times when I've been told to "just relax." Suffice to say, relaxation was not my first reaction. I mean, try telling a workaholic to stop working so hard. Often, they'll give you a litany of reasons why scaling back isn't an option. They may even do what many well-meaning Christians do: embrace the Sabbath while dodging its existential punch, i.e. find another, more ostensibly holy (or pleasurable) pursuit to occupy them on their day off. We replace one form of self-justification with another. Instead of making a contribution at our desk, we make a contribution on our bicycle, or with our kids, or at our church. Anything but "sit still and know that I am God"!

Perhaps the late, great Episcopal theologian Robert Capon put it best when he wrote, "if the world could have lived its way to salvation, it would have, long ago. The fact is that it can only die its way there, lose its ways there." As much as we might wish it were so, the answer to internal restlessness—mine and yours—cannot be found in a new (or old!) recipe for godly living. Our hope lies in the same place it always has, not just in the God of Rest, but in the God of the Restless, the God who welcomes the weary and heavy laden, and whose glorious passivity on the cross justifies inveterate lawbreakers of all stripes.

If that doesn't make you sleep any easier, well, I hear they make some pretty nifty alarm clocks these days. 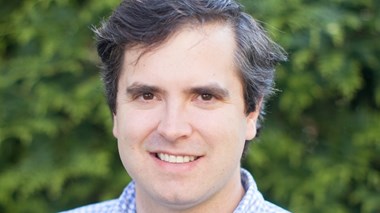 David Zahl is the Editor-in-Chief of The Mockingbird Blog (www.mbird.com). He and his wife Cate live in Charlottesville, VA with their two boys, where David also serves on the staff of Christ Episcopal Church.

Sabbath; Ten Commandments
June 27, 2014 at 1:25 pm
To add a comment you need to be a registered user or Christianity Today subscriber.