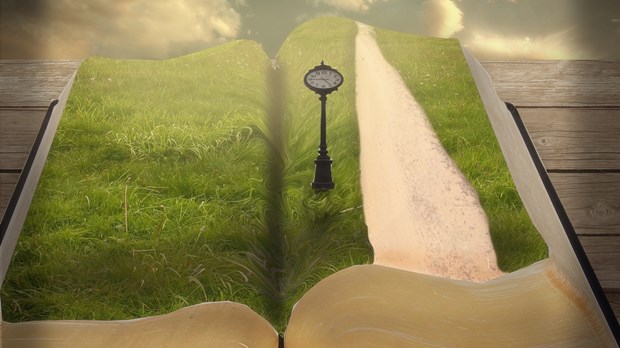 School has finally finished for my kids, and the temperatures are finally reaching the 80s. Summer has arrived, which means I've gotten emails recently from the town library, the school library, from teachers and other parents, all related to summer reading. Our eight-year old daughter Penny came home from school with three books specifically calibrated to her reading level. She can turn them in for three more midsummer. About-to-turn-six, William has just decided that he wants to read independently and that all it will take is a little practice. I bought reading logs for him and his older sister so they can keep a record of their habits.

As a bookworm myself, I harbor fond memories of summer reading. I spent whole rainy afternoons in the summer snuggled up with a book. I relished trips to the library and stacks of books that would take me into new worlds of adventure and intrigue. So summer—both as a mother and as a grownup reader in my own right—holds a world of delight.

By serious pleasure, I mean that reading should be enjoyable. I gravitate towards fiction, and the three marks of a good novel by my reckoning (for kids or adults) are a compelling plot, beautiful language, and ideas that prompt questions and some degree of wrestling. The pleasure comes from a plot that keeps a reader wanting to know what happens next, from characters who seem as if they could actually exist, and from language that is neither so plain as to become boring nor so fancy as to become distracting. Character, plot, language. Pleasure.

But the seriousness comes from the challenges good stories provoke. I wrote a few weeks ago about Why Christians Should Read Secular Novels. I won't rehash that argument here, but I will once again suggest that good reading involves engaging with points of view that differ from your own. (In other words, atheists should also read good novels written from a Christian perspective in order to engage those ideas.) But engagement is challenging work. I'm reading Dave Eggers's most recent novel, The Circle, right now. It's the story of a young woman working at a company called the Circle—kind of a Google meets Facebook meets Twitter meets all other social media. The novel engages ideas of privacy, secrecy, intimacy, and what it means to have real and meaningful relationships in a world of overconnected "friends." Eggers is a good writer, so it's easy—pleasurable—to read in that sense. But Eggers is also a wise social critic and his portrayal of a world taken over by technology, a world that believes technology can perfect us, challenges me in the best—most serious—way.

Eggers's book doesn't quite rival John Grisham when it comes to intrigue. It's a little too serious for that. But the plot skips right along, and in pushing me to question the world I inhabit, the world in which I participate, it helps me become a little more human, a little more thoughtful, even a little more loving.

This summer, I'm urging my kids to pursue books as a serious pleasure too. Yes—I let William read Spider-Man and Penny just brought home one book about a rainbow princess and another about a ballerina and none of these will meet my criteria and that is just fine. But at night we generally read chapter books that abide by the same guidelines I mentioned above—a compelling plot with beautiful writing and ideas that challenge us to ask questions, to grow in empathy, to think a little more deeply. And when my kids are reading by themselves, I try to steer them gently toward the books that will give them characters and plots and ideas to hold on to far after those pages have closed.

Take Charlotte's Web, for instance, a novel that has stood the test of time with its simple but engaging story of an unexpected relationship between a pig and a spider. The book works as an entertaining tale of a barnyard. And E. B. White's writing is deceptively sophisticated for a children's book. But in addition to the plot and the writing, this funny, charming story also raises questions of the value of life and the meaning of friendship from the very opening scene. The story begins with Fern challenging her father not to dispose of Wilbur, the runt of the litter, based simply upon his size and presumed ability. The book begins with Fern advocating for the value of Wilbur's life, and the story proceeds from there. It works not just because of the storyline and the good writing but also because of the truth it points towards, the serious truth of the value of life.

So as you—and your kids—enter into the delightful hours of summer reading, perhaps you'll approach it as a serious pleasure. A little less entertaining as television shows and Xboxes. A little more challenging than thrillers and mysteries. And still, a great and long-lasting source of delight.

Song Yet Sung by James McBride—the story of a runaway slave in Maryland in the 1850s which involves hope for healing for both the enslaved and the enslavers alike.

The Invention of Wings by Sue Monk Kidd—historical fiction based on the story of Sarah Grimke, who with her sister Angelina was a major figure in the abolitionist movement and women's right movement. This novel spurred me to want to take action against injustice here and now just as the Grimke sisters did there and then.

The Circle by Dave Eggers, mentioned above.

The Whole Five Feet by Christopher Beha—this is a memoir, but I include it here because I so enjoyed thinking through Beha's reflections on the act of reading the Harvard Classics and the relationship between reading and life.

Finally, my favorite book of last summer was Barbara Kingsolver's Flight Behavior, the story of a woman in a small poor community struggling to reconcile the destruction of the monarch butterflies in all their beauty and the economic needs of the people around her.

In addition to Charlotte's Web, The Trumpet of the Swan is another beautiful story by White about a swan who is born without his voice.

The Chronicles of Narnia, beginning with The Lion, the Witch, and the Wardrobe by C. S. Lewis—adventure, good and evil, and fodder for the imagination abounds.

Especially for girls: Clementine and Ramona and Beezus.Penny likes Ramona in particular because she is "exasperating."

Especially for boys: Owls in the Family by Farley Mowat—a memoir about boyhood out in the woods chasing down owls and getting into mild trouble.

What are your favorite books, for kids or adults, that pursue the serious pleasure of reading?

Literacy; Parenting
June 17, 2014 at 2:22 pm
To add a comment you need to be a registered user or Christianity Today subscriber.

The Serious Pleasure of Summer Reading

The Serious Pleasure of Summer Reading