Home > 2014 > March
Lent: Does God Really Care About My Diet Plan?Lent helps me join Jesus in erasing the line between sacred and secular. 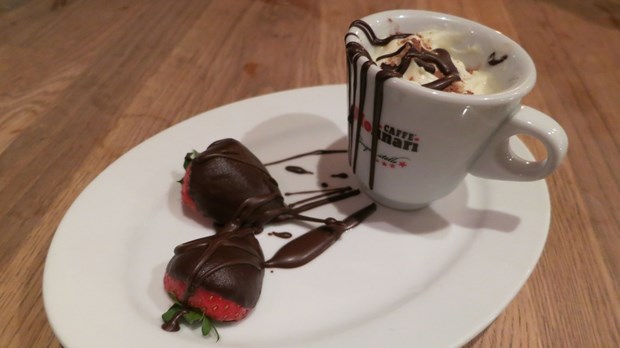 I had a roommate in college who went out (to a party, that is) four nights a week. If she returned to our room at all, it was usually long after I had gone to bed. Much as I enjoyed her company, I saw us as very different. I was organized and well-behaved. She was wild and messy. So I was surprised when she announced, in the spring of our sophomore year, that she was giving up cheese and candy for Lent.

In all honesty, I was more than surprised. I inwardly rolled my eyes, even though I said, "Really? Wow. Good for you." I think my judgment arose from a few sources. One, although outwardly I was doing all the things a "good Christian" should do, inwardly I was in a terrible place with God. Prayer felt pointless, the Bible dull. I dutifully showed up at Christian fellowship meetings and mouthed along to praise songs and the like, but it was all a show. The idea of giving something up "for God" was far from my mind and heart.

Two, I felt suspicious of her motives. Giving up cheese and candy seemed like a good excuse to go on a diet and call it a religious activity. It only affirmed my suspicions of Lent. Lent didn't show up anywhere in the Bible, and my roommate seemed to offer an example of someone who was using the season as a cover up, a chance to feel good about herself, not to deny herself in penitent anticipation of Easter.

Basically, I didn't buy it. What did dieting have to do with Jesus?

As I wrote a few weeks ago, I have begun to observe Lent in my adult life, for a variety of reasons (see In Defense of Lent for more on this). I don't think Lent is essential for Christians. But I do think it offers an opportunity to prepare our hearts for Easter.

So this year I decided my Lenten discipline would be to confess one sin every day. I planned to record it in a journal. My Lenten practice would take all of three minutes. I had some auxiliary hopes as well—a devotional I wanted to read, forgoing wine on Friday nights, and a reprieve from television. But the focus was confession. Naming one sin each day and asking for God's forgiveness. Pretty simple, right?

We are on day 21. I have practiced deliberate confession on, oh, ten of those days? Eight? It's actually been quite beneficial to me (more on that next week), but it's also demonstrated how far my prayer life is from anything approaching order or discipline.

Maybe it's an indication that my priorities are out of whack.

Or maybe my roommate was on to something all those years ago.

One of the ways Jesus confounded people back in the day was by erasing the line between sacred and secular. He refused to obey the purity laws of his time. He went to parties and was accused of eating and drinking too much. He prayed as if God were a family member rather than a distant power. And he taught using the physical world all the time, comparing God's kingdom to banquets and mustard seeds and pearls, comparing God's children to sheep and lost coins.

Another way to put this is that Jesus erased the line between physical and spiritual. Perhaps Lent offers us a chance to do the same.

The physical aspects of our daily lives—eating and drinking and sleeping and exercising—matter to God, just as the spiritual ones do. God promises to provide for our physical needs. He makes it clear that he cares about the ways we use our bodies—what we eat and wear and how we give our bodies to other people—because our bodies are a part of God's good creation. They are given to us to be enjoyed and used for good.

And our physical world, including our bodies, still offer us a conduit into understanding God and God's kingdom more fully. Fasting from certain types of food or drink offers us a reminder of our neediness, our dependence upon God for everything that sustains us. Fasting can also lead us to pray. I wonder whether I would have remembered the spiritual discipline of confession more regularly over the past three weeks if I had tied it to abstaining from something mundane, like cheese.

God isn't asking for spiritual perfection during Lent or at any other time of the year. But Lent does offer an opportunity to demonstrate the deep connection between our physical needs and our spiritual activity. Lent helps me join Jesus in erasing the line between sacred and secular. And if giving up some mundane physical aspect of everyday life helps us to turn our eyes upon the one who provides for us all the time, then give it up all the more.

Maybe all those years ago, my roommate just wanted an excuse to shed some pounds. Or maybe she recognized some truths about God that took me, with all my false piety, a lot longer to learn.

Lent; Spiritual Disciplines; Spiritual Formation
March 25, 2014 at 3:30 pm
To add a comment you need to be a registered user or Christianity Today subscriber.

Lent: Does God Really Care About My Diet Plan?

Lent: Does God Really Care About My Diet Plan?