Home > 2014 > May
Women Don't Need to Become Men in Order to SucceedIn the classroom and the workplace, boys and girls aren't the same. We need to figure out how to support them both. Amy Julia Becker 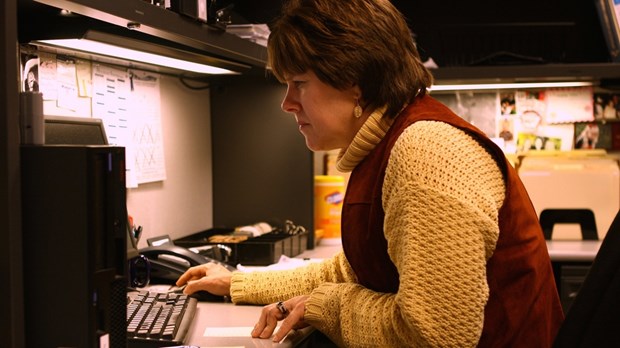 I have always been an overachiever and a perfectionist. It might be because I'm a girl, or because I'm the firstborn of four, or because my parents are type-A personalities or just because. But either way, I remember the panic that shot from the center of my torso in every direction when I got a B on a math test in fourth grade, as if I had just downed a pop rock and a can of soda. I remember the relentless pursuit of good grades, leadership positions, and praise.

My pursuit of perfection went pretty well, all things considered. I was the editor-in-chief of our high school newspaper. I received academic awards. I got into the college I wanted to attend.

But perfectionism also took its toll. The most extreme problem came by way of a severe eating disorder, but there were other more subtle signs. Like not trying out for soccer when I was ten because the other kids had been playing longer and would certainly be better at it than I was. Like never writing an article for the newspaper after September of my senior year because the one I did write was criticized in public. Like not forming relationships with many of my professors in college because why would they have any interest in knowing me. Like not taking the class that fascinated me about civil liberties because I wasn't sure I could get an A. The fear of rejection, of anything less than exactly right, wound its way into me and held me back from risk.

So when I read Katty Kay and Claire Shipman's cover story for this month's Atlantic, "The Confidence Gap," about how women who excel in school don't make it as far as men in the workplace, I thought I might find myself within its pages. And to some degree, I did. Kay and Shipman describe women as perfectionists who fear taking risks, to their professional detriment. They summarize the problem: "Women feel confident only when they are perfect. Or practically perfect." Despite a level of competence that rivals or exceeds their male counterparts, women lack the confidence that allows men to succeed. Kay and Shipman offer example after example and study after study to prove the existence of this confidence gap. And they demonstrate the significant role confidence plays in moving up through the corporate ranks.

So let's assume they are right that the gap exists, and let's assume that many women are indeed like me—perfectionists who have a hard time taking risks. What are we supposed to do about it?

Kay and Shipman conclude: "to become more confident, women need to stop thinking so much and just act . . . If we keep at it, if we channel our talent for hard work, we can make our brains more confidence-prone." I agree that women can learn from men when it comes to overcoming perfectionism, becoming more willing to take risks and gain confidence, but I am skeptical of a conclusion that suggests women simply need to become more like men in order to succeed.

Running parallel to this argument—that women need to be more like men in the workplace—is the argument that little boys need to be more like little girls in the classroom. Boys are in trouble in our schools: they develop at a slower pace, they don't sit still as easily, they don't obey the rules as readily, they don't get the same grades or graduate at the same rates or get as many masters degrees. And yet a better solution to the problem of boys in school is not to train them to be just like the girls, but rather to recognize who they are and how to help them learn accordingly. (See TIME's What Schools Can Do to Help Boys Succeed for more information on this point.)

I'm certain that boys have much to contribute in the classroom and that women have much to contribute at the highest levels of every field. But it will take learning on both sides of the gender divide if we are ever going to be able to view both men and women as those who can be confident, competent, and capable of achieving success in all spheres.

Feminism; Gender; Work and Workplace
May 01, 2014 at 12:46 pm
To add a comment you need to be a registered user or Christianity Today subscriber.

Women Don't Need to Become Men in Order to Succeed

Women Don't Need to Become Men in Order to Succeed