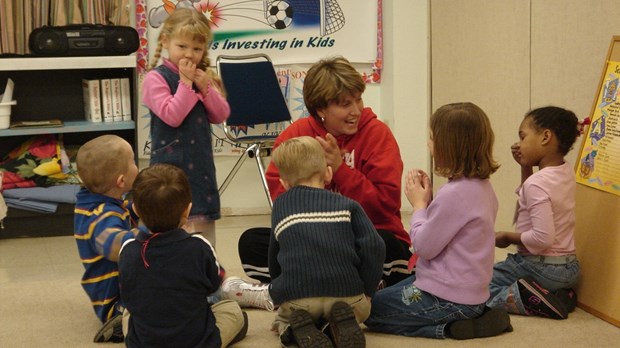 In anticipation of my new book, Small Talk: Learning From My Children About What Matters Most, each week I'm featuring a different writer for a guest post. These posts dicuss the ways children's questions, comments, or actions have prompted deeper reflection for the adult. The series began with Sara Hagerty's children's questions about adoption, and continued last week with Kateyln Beaty's reflection upon becoming a godparent. This week, Megan Hill shares thoughts on how to explain adultery to a Sunday school class.

It was an innocent request--"Megan, would you teach my Sunday school class for me next week?"--and an equally naïve acceptance. Little did I anticipate the biblical scholarship necessary for an hour on Sunday morning with the five- and six-year-olds.

When I opened the teacher’s manual on Saturday evening, I discovered the problem. I had not agreed to a nice little Bible lesson on “Adam names the animals” or “Jesus welcomes the children.” Nope. Of all the stories in the curriculum, the lot fell to me to teach about David and Bathsheba (2 Sam. 11).

Right from the beginning, I knew I wasn’t going to parse some of the stories’ details—was it rape? was it adultery?—but I still couldn’t avoid the essential problem of explaining sexual sin to little kids.

It seemed to me I had two options. The first option was to use the script provided by the curriculum and say that David and Bathsheba were pretending to be married: “David acted like Bathsheba was his wife, but she wasn’t. This was wicked.”

My policy with my own three children is to always tell the truth. I believe the Bible to be complete truth, and I want to maintain that intrinsic truthfulness as I paraphrase and retell and explain it to my kids. This doesn’t mean I tell them every gory detail, but I also don’t say anything untrue. As they grow, I want them to build on the foundation of truth I’ve given them, not to question everything they’ve been told.

And I wasn’t convinced that “David acted like Bathsheba was his wife” was true. In a godly marriage, a husband does not force or manipulate his wife to have sex with him. David was not simply acting like a husband does. Furthermore, in the Biblical text, Nathan’s subsequent parable (2 Sam. 12:1-9) makes this point. The poor man had a sheep that he loved and cared for and treated as a pet. The rich man stole this sheep. Does the rich man then make it his pet? No, he does not. He kills it and eats it. David wasn’t pretending Bathsheba was his wife while playing house with her. He was killing and eating her.

Tell that to a kindergartener.

My second option was to explain sexual sin in terms of another sin. Veggie Tales takes this tact in the episode that characterizes Bathsheba as a stolen rubber duckie toy. Every kid can understand stealing, so the screenwriters framed adultery in terms of theft. Don’t take people who don’t belong to you.

Yes, sexual sin does frequently involve other sins. It often begins with coveting and ends with lying and has plenty of self-hurting and neighbor-hurting in the middle. But if we teach children that adultery and fornication and rape are just forms of other sins, we aren’t telling the truth. In the Ten Commandments (Ex. 20:1-17), a summary of God’s law for his people, we find that sexual sin gets a prohibition of its own in the seventh commandment: “You shall not commit adultery” (v.14).

What makes sexual sin distinct from other sins?

In our day, even professing Christians justify sexual sin on the grounds that—under the right conditions—it doesn’t break any other commandments. “It’s not hurting anyone” (sixth commandment) or “No one is taking anything from anyone; it’s consensual” (eighth commandment) or “It’s happening anyway, at least we’re finally being honest about it” (ninth commandment) are common defenses.

But even if it were possible to perfectly keep all the other commandments, we still aren’t excused in breaking the seventh. The primary problem with sexual sin is not that it breaks other laws. The primary problem with sexual sin is that it breaks God’s law—which is to say, God's requirement for righteous living— about sex. Telling kids anything else is untrue and will not serve them well as they grow up in a sexually licentious world.

So what did David do wrong? (Which brought me back to where I started: trying not to explain sex to someone else’s five-year-old.) I think the original Sunday school script got at least one thing right; the seventh commandment is about the sanctity of marriage. And to explain David’s sin to our kids, we have to be clear that his sin was breaking God’s law for marriage.

Alright then, children, gather ‘round: David didn’t care about what God said about husbands and wives. And he didn’t care that Uriah and Bathsheba promised to be married to each other. David only cared about what he wanted. David made up his own rules about being married. This was disobeying God, and it was not good for him or for Bathsheba.

Now, who wants some animal crackers and apple juice? 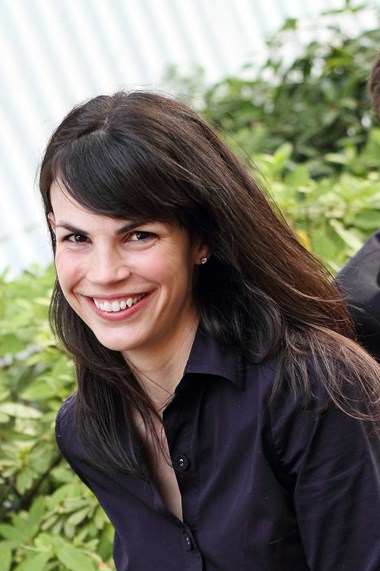 Megan Hill lives in Mississippi with her husband and three children. She is a regular contributor to Her.meneutics and The Gospel Coalition and writes a blog about ministry life at www.SundayWomen.com.

Adultery; Children; David; Family
October 24, 2014 at 5:32 am
To add a comment you need to be a registered user or Christianity Today subscriber.