Home > 2014 > September
God Hasn’t Given Up on ReconciliationSome final thoughts, and a prayer, on how to respond when racial reconciliation seems hopeless.Amy Julia Becker 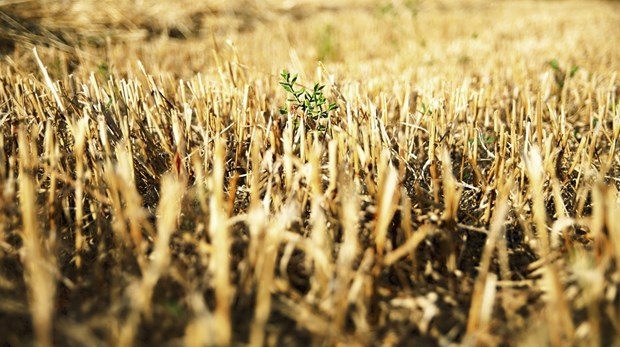 Earlier this summer, I decided to dedicate some time and space on this blog to the concept of racial reconciliation within the church.

It began as a modest project. I invited a handful of pastors and church leaders from different ethnic backgrounds to reflect upon their experiences within the evangelical church or to suggest steps Christians could take towards greater reconciliation. I hoped to have six to eight responses to run over a two-week period while I went on vacation.

I received twelve responses (with offers for more), so I decided to stretch the series over three weeks. I knew the topic was fraught with tension, but I didn’t expect too much controversy. I asked my editor to keep an eye on the comments, and my family and I headed off to the beach.

One week into the series, a white policeman shot and killed an unarmed black teenager named Michael Brown in Ferguson, Missouri. Though the facts of the case remain disputed, the social response within Ferguson and across the nation brought race relations to the forefront of the news. This series on racial reconciliation within the church found a new sense of urgency and a new point of reference.

I cannot pretend to understand how this series happened to coincide with such a dramatic, high-profile national news story related to race, but I also cannot dismiss the coincidence as random. Instead, I simply hope and pray that this series stood to serve at least some corner of the church as a place to consider the questions raised by Michael Brown’s death. (A summary of the entire month’s posts appeared earlier this week.)

A recent essay by Nicholas Kristoff laid out increasing disparity among African American communities and white communities. He noted:

The net worth of the average black household in the United States is $6,314, compared with $110,500 for the average white household, according to 2011 census data . . . The black-white income gap is roughly 40 percent greater today than it was in 1967 . . . Black men in their 20s without a high school diploma are more likely to be incarcerated today than employed . . .

All these constitute not a black problem or a white problem, but an American problem. When so much talent is underemployed and overincarcerated, the entire country suffers.

The statistics Kristoff cites demonstrate the factors beyond race at work here—poverty, crime, and education, to name a few. They may be used by pundits on either side of the political divide to demonstrate that “liberal” programs like the War on Poverty and “conservative” programs like the War on Drugs have only exacerbated the problems our nation faces when it comes to race. So what is to be done?

I read Kristoff’s piece and felt hopelessness settle on my shoulders. If none of our programs have worked, and if Christians are constantly arguing about what can be done (read the comments over the course of the past month of blog posts if you want to see these debates), where does that leave us? Without policy solutions, without transformation, set apart from one another in enclaves of privilege and poverty.

And yet I believe that the God who prayed that we all might be one, the God who sent his Spirit to minister healing and reconciliation among us, the God who offers us a vision of common humanity giving and receiving to and from one another without judgment, without division, with love—I believe that God has not given up. And I am reminded that when human efforts fail, God remains faithful. I am reminded that when policy fails to transform, prayer and people keep doing the work of the Spirit. The kingdom continues to come here on earth, if only in flashes and whispers. I am reminded that prayer and people anchor my hope for change.

Another article in The New York Times this week tells the story of Camden, New Jersey, long a notoriously failing city with a predominantly black population. In Camden, police have gone from being a fearful and ineffective presence to a positive force for good. Kids play baseball and ride bikes. People—in this case, the police force—have made change largely by being present, by showing up, by walking through neighborhoods and getting to know the people there.

Stories of hope exist alongside the violence and tragedy and injustice. Moreover, God's love for all the people of the earth contains both the hope and the hopelessness. And so I conclude this month of posts with a prayer written by four of the contributors to this series (Anna Broadway, Dominique Gilliard, Corey Widmer, and Natasha Sistrunk Robinson), a prayer modeled after the way Jesus taught us to pray, a prayer for me, for you and perhaps your church community:

Our Father in heaven, in you all people of the earth find their true identity. You made us all equally in your image, as your children, and therefore as each other’s brother and sisters.

Holy be your name and the honor you have bestowed on your united church, above our pride, allegiances, and all other identities and affiliations that tempt us to value ourselves above others and put you second.

Your kingdom come into your divided church and this broken world. Transform us into new creations who live in harmony, make righteous judgments, love mercy, and walk humbly with you. Give us eyes to see, ears to hear, hearts that long for your kingdom, and wills to truly seek it first, whatever the cost.

Your will be done on earth, as joyfully and wholeheartedly as it is in heaven. Oh God of the widow and orphan, the poor and distressed, bring forth your justice, for only you can perfectly judge, recompense and reunite this riven family of humanity.

Give us today our daily bread; where we hoard, make us generous; where we claim ownership, teach us to steward humbly; and when we worry, help us to trust you more boldly.

Help us forgive those who sin against us. Remind us how much you’ve forgiven us and how warmly and completely you welcome us in Jesus, no matter how deeply we’ve betrayed you. Help us to forgive. Help us to extend grace to those who have harmed and hurt us. Give us your supernatural forgiveness.

Deliver us from evil — both from the evil that is within each of us and the forces of spiritual darkness that twist your good design for maximum hurt and harm. Deliver us from the personal evil of individuals and the collective evil of unjust systems and structures.

For yours is the kingdom in which all nations will one day be healed, all swords melted into plowshares and all tears wiped away for good. It is before you, that we will gather as a great multitude no one can count, from every nation, tribe, people and language, standing before your throne and before the Lamb with palm branches in our hands.

Yours is the power that overcame death and the grave, and that overcomes sin in our hearts and the world.

And yours is the glory for this coming and yet-to-come redemption and reunification, for ever and ever.

Hope; Prayer; Racism; Reconciliation
September 03, 2014 at 8:40 am
To add a comment you need to be a registered user or Christianity Today subscriber.

God Hasn’t Given Up on Reconciliation

God Hasn’t Given Up on Reconciliation