Home > 2014 > September
Have Christians Made an Idol of Life?Ezekiel Emanuel says he wants to die at 75. Why we can support his reasoning.Amy Julia Becker 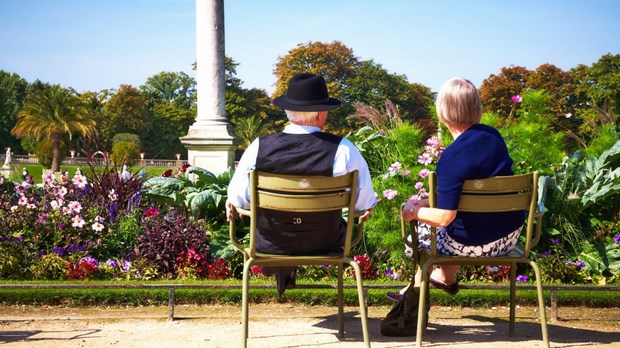 In some ways, the title of Ezekiel Emanuel’s new essay for The Atlantic says it all: "Why I Hope to Die at 75." But this already over-commented (2,500 comments and counting) and widely read article deserves some attention here because Christians have distinct reasons both to pay attention to Emanuel’s argument and even to support him as he advocates for limiting life expectancy. More important, Christians can also offer a theological lens to aging and dying that offers comfort and hope in a culture that tries to avoid the topics altogether.

I should begin the summary of this piece with Emanuel’s own caveat. In writing that he hopes to die at age 75, he is not advocating for euthanasia:

“Since the 1990s, I have actively opposed legalizing euthanasia and physician-assisted suicide. People who want to die in one of these ways tend to suffer not from unremitting pain but from depression, hopelessness, and fear of losing their dignity and control. The people they leave behind inevitably feel they have somehow failed. The answer to these symptoms is not ending a life but getting help.”

Rather, Emanuel’s article articulates a host of reasons for desiring death at age 75. He writes about the debilitating aspects of being elderly, including the high rates of Alzheimer’s, strokes, and other physical and mental challenges that lead to decreased quality of life. Emanuel didn’t convince me that we all should desire death at this age. For me, the most interesting and—ironically—life-giving argument he makes comes not in placing a number on the years he wants to survive, but in his general approach to aging:

Once I have lived to 75, my approach to my health care will completely change. I won’t actively end my life. But I won’t try to prolong it, either . . . I will stop getting any regular preventive tests, screenings, or interventions. I will accept only palliative—not curative—treatments if I am suffering pain or other disability.

No more cancer screenings. No more antibiotics. No more flu shots. No more cardiac stress tests. Just a man getting older and allowing his body to slow down and even shut down as painlessly as possible.

From a Christian perspective, one aspect of Emanuel’s attitude stands out as problematic. He—like most people—assumes that disability and decreased productivity mean decreased quality of life. Many people with disabilities do not share that assumption and live good, full lives. Further, Emanuel wants to avoid suffering because he can see nothing positive in suffering. As I wrote about recently, Christians have a message to offer the rest of the world about the potential for hope and healing in the midst of suffering—even the suffering that comes from Alzheimer’s or disability or chronic pain—and yet we too often shy away from offering that message, I suspect because we shy away from living it out ourselves.

But another aspect of this essay resonates deeply with me as a Christian. In recent years, as the culture wars surrounding euthanasia have raged on, I have often wondered whether Christians idolize life. Yes, we ought to honor the image of God in every person—healthy or sick, young or old—yet we also ought to acknowledge the limitations of these God-given bodies and minds. If Scripture is clear about anything it is that God is God and we are not. God is the only eternal one, and the only one capable of bestowing eternal life. Human bodies are frail and human life is fleeting. We come from dust and return to dust. Emanuel’s choice of living to 75 echoes Psalm 90:10:

Our days may come to seventy years,

or eighty, if our strength endures;

yet the best of them are but trouble and sorrow,

for they quickly pass, and we fly away.

It’s a somber reminder that we don’t live forever, and for Christians to accept the physical limitations that come with these bodies demonstrates a humble response to our creatureliness. How many of us instead look to our culture as a guide when it comes to aging? How many of us hope that we can avoid death altogether?

Emanuel says one of the reason people want to pretend that death is not around the corner, or even on the horizon, is because we want to avoid the big questions. He writes:

“Many of us have suppressed, actively or passively, thinking about God, heaven and hell, and whether we return to the worms. We are agnostics or atheists, or just don’t think about whether there is a God and why she should care at all about mere mortals. We also avoid constantly thinking about the purpose of our lives and the mark we will leave. Is making money, chasing the dream, all worth it? Indeed, most of us have found a way to live our lives comfortably without acknowledging, much less answering, these big questions on a regular basis. We have gotten into a productive routine that helps us ignore them. And I don’t purport to have the answers.”

Emanuel begins his essay with, “Doubtless, death is a loss,” and in his own words he doesn’t “purport to have the answers.” Christians cannot purport to have all the answers either, and yet Christian hope is built upon the hard-to-imagine and yet glorious claim, “to live is Christ and to die is gain” (Phil. 1:21).

Emanuel has contributed a meaningful and thoughtful argument for making the choice to limit his health care options once he reaches the age of 75. Moreover, he has acknowledged the reality that each and every one of us will face death at some point. As the baby boomers continue to age, they may well begin to ask some of the same questions Emanuel brings up in his article—not only about health care but also about the meaning of life and what happens after we die. May those of us who profess faith in the God who gives eternal life be ready to engage those conversations and offer the hope of the gospel—good news for here and now, good news for all eternity.

Aging; Death; Hope
September 23, 2014 at 8:28 am
To add a comment you need to be a registered user or Christianity Today subscriber.

Have Christians Made an Idol of Life?

Have Christians Made an Idol of Life?