Home > 2015 > February
Prenatal Diagnosis of Down Syndrome: What Would You Choose?One woman's decision and what it teaches us. Amy Julia Becker 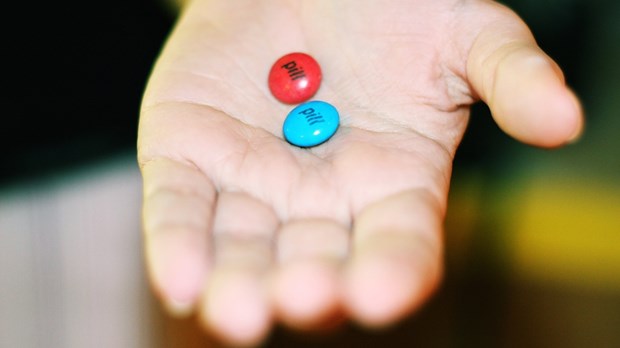 I received a call a few weeks ago from a mother of two who was pregnant with her third child. “I just had a prenatal screening test and they say there’s a 99% chance our baby has Down syndrome.” She had spent most of the previous few days crying.

I talked to her for over an hour, and I told her about our daughter Penny, who is nine years old and has Down syndrome. I talked about Penny’s friends and her gymnastics class and her favorite books. My voice choked when I said, “I can’t really tell you how much of a privilege it is to be her mom.”

I answered her questions—Yes, there is a spectrum of ability for kids with Down syndrome, and you never know who your child will be. Yes, I went through a grieving period over the child I thought I would have, but I no longer carry that grief at all. Yes, she has friends.

I corrected some of her misperceptions—Data show her siblings are likely to be proud and happy, not adversely affected. Marriages with children with Down syndrome are, statistically speaking, stronger than other marriages. The health concerns that led to early death for children with Down syndrome in the past have become routine procedures that enable far longer and more vibrant lives than in the past.

She told me her story too. After that first screening test, when she told her doctor she might keep the baby, he said, “Society is not ready for this child. Your other children will be burdened with the care of this child. But whatever you decide.” She then had a CVS—corionic villa sampling—and spent two days on bedrest. It confirmed the early prediction of Down syndrome. Again, she cried and cried and cried.

Every so often, I wrote her an email. I sent her a video of a dad whose wife had a prenatal diagnosis. The dad wanted the wife to terminate the pregnancy, and the video is his confession and also his testimony to the positive difference his daughter has made in his life. I sent her links to resources like the Down Syndrome Diagnosis Network, an organization that offers support to any woman with a prenatal diagnosis of Down syndrome, regardless of what decision they make about the pregnancy. And I prayed for her, often.

After three weeks of doubt and fear and grief, she decided to keep the baby. Her doctor didn’t do much to veil his disapproval: “90 percent of women in your situation abort,” he said. (Some studies show that 90 percent of women with a definitive prenatal diagnosis—and not just a screening result—abort. And yet many women choose to carry a baby with a chance of Down syndrome to term or avoid prenatal testing altogether.)

Still, she described the decision as a relief. And for the first time in three weeks, she was excited to have this baby again. She said she would like to meet Penny in person soon. When she told me the news, I cried, and I prayed in a whisper: “thank you, thank you, thank you.”

Hers is only one story set against thousands of women who will receive a similar screening result this year. It’s only one set of prayers and conversations. I write about the data related to prenatal testing fairly often, and I’ve written an entire ebook with advice for pregnant women trying to decide what to do about prenatal tests. And yet walking with this woman through this lifechanging situation focused my attention on the emotions--the hopes and fears--embedded in every conversation surrounding these decisions. This series of conversations serves as a window into the world of pregnant women and prenatal testing. It demonstrates the lives—of both mother and child—at stake, it highlights the role that doctors have in delivering these diagnoses, and it underscores the importance of nondirective, honest, loving relationships.

I take away at least three things from this experience:

It leaves me grateful for the privilege of walking alongside her on this journey. It leaves me deeply sad for the women who receive a prenatal diagnosis without the resource of a parent who can offer a different perspective than the purely clinical (and sometimes erroneous) one offered in a doctor’s office. And finally, it leaves me hopeful that the work towards changing the social supports for families of children with disabilities and the work towards providing accurate and up-to-date information through ob/gyns will become the norm.

Abortion; Down Syndrome; Prenatal Testing
February 15, 2015 at 3:56 pm
To add a comment you need to be a registered user or Christianity Today subscriber.

Prenatal Diagnosis of Down Syndrome: What Would You Choose?

Prenatal Diagnosis of Down Syndrome: What Would You Choose?