Home > 2015 > January
Why We Need Rich ChristiansExcessive wealth isn’t good for anybody, unless it’s used for good for everybody.Amy Julia Becker 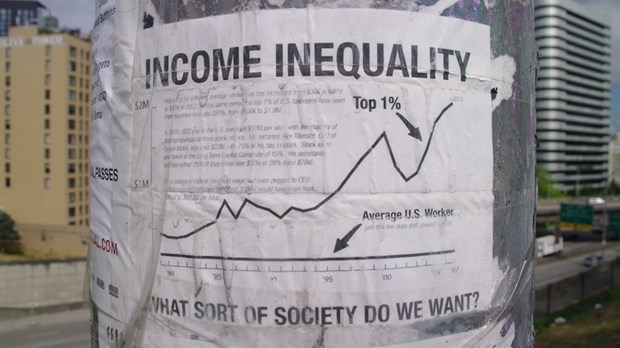 Despite some recent economic good news—the unemployment rate is dropping and the economy as a whole has been growing for a while now—plenty of people in America have reason to worry about money. Fifteen percent of the nations live below the poverty line. Nearly 48 million people receive food stamps. The median household income has decreased in recent years, settling just above $50,000. (Data from The Nation’s Economy, This Side of the Recession.)

Meanwhile, the rich are getting richer. According to Chris Matthews of Fortune magazine, “in America, the wealthiest 160,000 families own as much wealth as the poorest 145 million families.” It’s been in the news countless times—the top one percent of households controls a disproportionate share of wealth in the United States, and that share has only increased in recent years.

That wealth poses problems for everyone, including the wealthy. Michael Lewis, writing for The New Republic, describes the negative effect of wealth on the moral behavior of wealthy people. He sites studies in which wealthy people, again and again, demonstrate a sense of entitlement and disregard for justice: drivers of expensive cars disregard pedestrians and double park far more often than drivers of inexpensive cars, wealthy people steal candy from a child’s candy jar more often than poorer people, the rich are even more likely to shoplift. Moreover, according to The Chronicle of Philanthropy:

As the recession lifted, poor and middle class Americans dug deeper into their wallets to give to charity, even though they were earning less. At the same time, according to a new Chronicle analysis of tax data, wealthy Americans earned more, but the portion of the income they gave to charity declined.

So rich people, statistically speaking, demonstrate disregard for their fellow citizens and the laws of the land. They do not demonstrate compassion or generosity. Moreover, children of wealthy parents often experience greater levels of anxiety and substance abuse than their middle-class peers. Money does not buy happiness.

None of this should come as a surprise for Christians. Jesus warned of the dangers of wealth (Matthew 13:22) and of course Paul warns in 1Timothy, “the love of money is the root of all evil.” And yet solving the problem of extreme wealth in America is not so easy as spouting Bible verses. And for wealthy Christians, the solution to the problems of extreme wealth comes from entrusting that wealth to the Lord, to the benefit of all.

We meet some people who both love God and have great wealth in the Bible—rich landowners in the gospels, the woman in Proverbs 31, various patriarchs and kings in the Old Testament. They display some of the same abuses with money as we see today, and yet in some cases they bless their communities with generous feasts, charity, just employment practices, and provisions for ministry. When they use their money to bring people together, create beauty, and enhance the common good, their riches become a tool in growing God’s kingdom.

But we also have examples of rich Christians here and now who use their wealth for the good of many. Take Don Flow, the owner of 31 car franchises in North Carolina. In an interview with Faith and Leadership at Duke University, Flow explains his attitude towards employees:

Flow also gives examples of how the principle of valuing each human being affects business. His company, for instance, provides college scholarships for all employees’ children and has an emergency fund for employees in need. Together, they also serve the community through building houses and establishing an after school program for at-risk kids. Flow’s Christian commitments have led him to use his business profits for the common good.

Flow is not the only wealthy Christian using his money for the greater good. (And of course great philanthropists exist who don’t call themselves Christians too.) But he does stand as a good example of the ways in which wealth can be used for good, and his story stands in stark contrast to the people depicted in Michael Lewis’ article.

The gospel is good news for everyone—rich and poor alike. And this good news should transform the way we all, rich and poor and in the middle, use money. We need rich Christians as part of the gospel witness that knowing Jesus transforms every aspect of who we are, for our good and for the good of our neighbor too.

Money and Business
January 16, 2015 at 12:35 pm
To add a comment you need to be a registered user or Christianity Today subscriber.

Why We Need Rich Christians

Why We Need Rich Christians