Home > 2015 > March
From Banned to MandatedA history of contraceptives in the United States.Kelley Mathews, guest writer 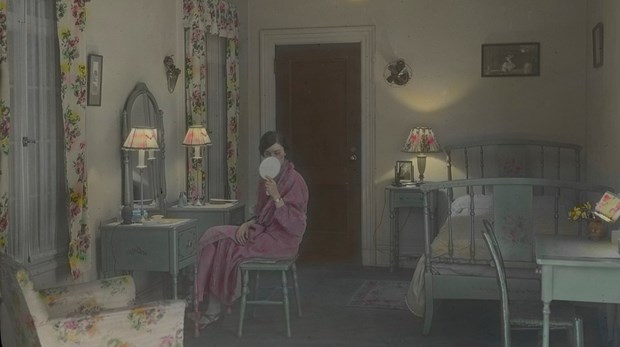 Last week, I began a series of blog posts about contraception and faith. Rather than rehashing the debate that ensued, please refer to Friday's post that discusses contraception, Margaret Sanger, and women's health in the developing world. Last week also featured a doctor's perspective on hormonal contraceptive methods as well as my initial question of whether Christians are afraid to talk about contraception. From here on out, this series will concern itself with Christians here in the United States, and it will consist mostly of individuals describing the personal decisions they have made about contraception in light of their Christian faith, such as Mary Alice Teti's piece earlier in the week. Before we continue with more personal perspectives, however, Kelley Mathews has offered a concise historical account of contraception in the United States over the past two hundred years:

Contraception has been a topic of debate in the United States for at least 200 years, revealing deeply held and disparate beliefs among Americans about sexuality, morality, and women’s bodies. Why would something so personal be discussed openly everywhere from Capitol Hill to Wall Street? A brief history of contraceptives helps to answer that question.

In the United States prior to the Industrial Revolution (1820–1870), most Americans wanting to limit family size relied on centuries-old contraceptive methods. People opposed to or without access to artificial means practiced natural family planning (NFP), which involves abstaining from intercourse while a woman is ovulating. Typical artificial barrier methods included condoms made from linen or animal intestines. Women also used douches created from household ingredients.

The invention of vulcanized rubber (1839) led to what medical writer Daniel DeNoon describes as “a U.S. contraceptive industry producing condoms (now often called ‘rubbers’), intrauterine devices or IUDs, douching syringes, vaginal sponges, diaphragms and cervical caps (then called ‘womb veils’), and ‘male caps’ that covered only the tip of the penis.” Rubber condoms were the precursor to latex condoms, which were invented in 1920.

The Irish potato famine in the mid-to-late 1800s brought a population spike of more than 8 million people nationwide. Additionally, the Civil War, Reconstruction Era, and further industrialization fueled an increasing job market, spiritual revival, and expanded roles for women outside the home. Uneasy with perceived immorality in immigrant neighborhoods, citizens began lobbying for anti-obscenity laws. Anthony Comstock became the face of the anti-obscenity movement. A devout Christian, Comstock was troubled by the sexual immorality he observed in New York City, including advertisements for birth control.

The Comstock Law of 1873 declared contraception both obscene and illegal. The law outlawed the production and sales of condoms illegal in 30 states. Courts prosecuted immigrants who brought contraceptives with them; mail-order shops that sold pornography were shuttered; and doctors could no longer disseminate contraceptive products or information. Dozens of states enacted their own versions of the Comstock Law, some with stricter regulations than the federal guidelines.

While remaining largely unchallenged for the next 45 years, the Comstock Law had little impact on demand, according to historian Andrea Tone. But, as she notes in her 2002 book, Devices and Desires: A History of Contraceptives in America, “illegality does not give people the advantage of using goods that are properly tested."

Margaret Sanger and “the Pill”

Beginning in 1916, controversial activist Margaret Sanger—who stirred much discussion on this site last week—flouted the anti-obscenity laws as part of her crusade to liberate women from unwanted pregnancies. Having worked as a nurse in a predominantly immigrant neighborhood, Sanger saw many lower-class women choose to have back-alley abortions. "No woman can call herself free until she can choose consciously whether she will or will not be a mother," Sanger said. Despite the expected legal troubles, she began educating women about contraception, pursuing legal change and medical advances.

In 1936, courts amended the Comstock Law to allow doctors to distribute contraceptives and information about them across state lines. Medical trials continued at Sanger’s instigation and with others’ financial backing. Unfortunately, Sanger also widely promoted eugenics, seeing contraception as a tool for controlling the populations of races and classes deemed “weak” or “unfit” for society.

In 1960, the FDA ratified for contraceptive use Sanger’s long-imagined “magic pill,” the first oral contraceptive. Within three years, 2.3 million American women were on the Pill. Not everyone was thrilled, however. In 1963, eight states still outlawed oral contraceptives. And in 1967, African American activists charged that Planned Parenthood—by providing oral contraceptive pills (OCPs) in poor, minority neighborhoods—was committing genocide to eliminate future black generations. Even while many evangelicals today see contraception as a morally viable option for couples, we are wise not to forget the troubling beliefs of the one person perhaps most responsible for making contraception legal and widespread in the United States.

How have churches responded to contraception for the past two centuries? Mainline Protestant leaders largely supported the development of the Pill. After the Anglican Church passed a resolution in favor of contraception in 1930, other Protestant denominations also relaxed their prohibitions. But the Catholic Church held firm against all artificial contraception. In 1968, it dictated the papal proclamation Humanae Vitae: “The church . . . teaches that each and every marital act must of necessity retain its intrinsic relationship to the procreation of human life."

Catholic women in the U.S. almost unanimously (97%) disagreed with the Vatican’s ban on artificial contraception. Their numbers corresponded directly with those of the general population. A 1969 survey found that “44 percent of Catholic women of childbearing age who considered themselves regular churchgoers were using ‘artificial’ contraception. By 1974, 83 percent of Catholics said they disagreed with Humanae Vitae.”

The 1973 Supreme Court ruling that legalized abortion on demand did not immediately result in condemnation from American Protestants. Not until evidence emerged several years later, revealing the broad use of abortion as one more contraceptive method, did US church leaders vigorously denounce the practice. The resulting groundswell of horror in the 1980s united Catholics and Protestants politically, making candidates’ stances on abortion a major social issue for voters.

Not all contraceptive methods are created equal. Some prevent conception, the joining of an egg and sperm to create a zygote (fertilized egg); others are believed to abort unborn babies. This difference is part of why Catholics and Protestants have remained divided; both oppose the latter, but not all oppose the former.

When the federal government mandated insurance coverage last year, many faith-based organizations rejected the inclusion of certain contraceptives they believed to be abortifacients. Citing freedom of religion, both Catholic and Protestant owners of businesses and nonprofits initiated, and continue to pursue, legal recourse against federally mandated coverage of contraception. Proponents of the mandate, meanwhile, argue that every woman has a right to affordable means of preventing conception.

In the past 100 years, the government’s official position on contraception has shifted from “immoral and illegal” to “unremarkable and mandated.” Today the law overwhelmingly favors individual choice. The rise of abortion convinced the church to reverse its laissez-faire attitude about contraception and take a decidedly pro-life stance.

The ongoing debate over contraception reminds us that today, Americans are less likely to base their decisions regarding birth control on their church’s or the government’s word, and more likely on their own research and personal faith. For that reason, churches that want their members to follow a coherent and consistent teaching about contraception are climbing an uphill battle. 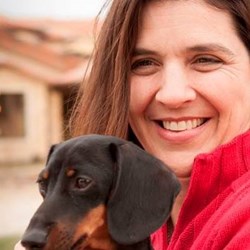 Kelley Mathews loves books, Jesus, coffee, and SEC football. She currently writes book reviews for Publishers Weekly and recently renewed her freelance writing and editing business. She and her husband, both graduates of Dallas Seminary, parent their four children in North Texas, where they endure bipolar weather and enjoy the antics of their doxie puppy, Lucy. Find her on Twitter at @KelleyMMathews.

Abortion; Contraception; Family Planning
March 20, 2015 at 10:15 am
To add a comment you need to be a registered user or Christianity Today subscriber.

From Banned to Mandated

From Banned to Mandated