Home > 2015 > March
From Depo-Provera to Natural Family PlanningWhat I learned about sex, my body, and the rhythms of life.Emily Heady, guest author 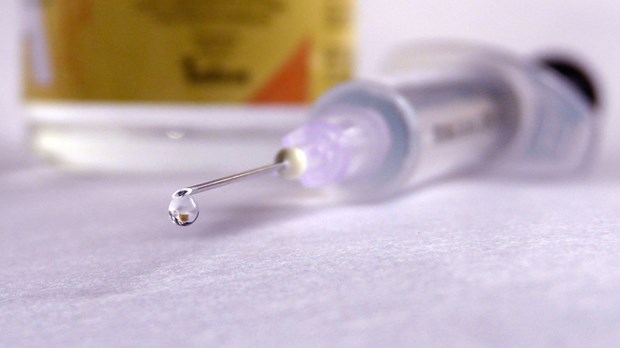 As this series on contraception comes to a close, Emily Heady offers a Protestant perspective on Natural Family Planning.

When my husband and I married in 2001, we were graduate students with tiny salaries, tiny living quarters, and gargantuan workloads. It was not a good time for a baby. So a few months before our wedding, I showed up at Indiana University’s student health center and said I needed birth control. The nurse practitioner asked me if it was an emergency or if I needed a police referral. “No,” I said. “I’m getting married in a few months, and I want to be used to it by then.”

Although born and raised in church, I had a very anemic theology of conception. We just didn’t talk about it. I had been taught that sex before marriage was bad, but that was about it. Marital sexuality simply wasn’t discussed; neither was birth control or any other blush-worthy subject. As a pro-life evangelical, I hadn’t expected the student health center at the Big Secular School to serve as a complete and reliable guide to human sexuality, but I needed answers, and that was my best hope.

To her credit, the nurse practitioner heard my questions about the mechanisms various drugs used in controlling for birth, then recommended Depo-Provera. If it shut down my cycles altogether, she explained, that would mean that there was no egg to fertilize; if it didn’t, well, we could talk further. It turned out we didn’t have to: Depo did just what she had predicted.

The first time I engaged theologically with questions about married sexuality was as part of the requisite premarital counseling my Catholic spouse and I completed. The eminently practical priest explained that, while the Church preferred Natural Family Planning—or no planning at all, per Vatican II Dignitatis Humanae “Men should act on their own judgment”—so birth control was ultimately a matter of individual conscience. But marriages must be open to children, he cautioned, and for that reason, sex must not be separated from procreation—either in practice or in theory. Children are a blessing from the Lord; and even if a blessing doesn’t seem like something we might want right then, that doesn’t make it a bad thing. The priest’s interpretation, my husband said, was left-leaning but not outside the pale. And so, on the authority of Fr. Grimes, the conversation about how we would plan our own family was set aside, at least for a while.

Three years later, we had a house, a dog, and real jobs. Meanwhile, Pfizer, Depo-Provera’s manufacturer, had released a recommendation that the drug should not be used for more than two years, given its tendency to cause severe bone loss. While my bones seemed fine, I had a headache that wouldn’t stop, a snappish attitude, and just enough insomnia to keep my energy level low. And we were comfortable—financially well provided for and, despite our various service commitments in our churches, in possession of just enough leisure time to feel a sense of ennui. Pfizer and God spoke together, asking me to reconsider the cost of my own convenience.

We began investigating Natural Family Planning as a remedy to my physical and our spiritual malaise. NFP had never been explained to me as a viable birth control option—the NP at the student health center, in fact, had equated it with the “rhythm method” and dismissed it outright. But NFP, I learned after research, can be up to 99 percent effective, if done properly and consistently. While calendar-based methods of predicting fertility (the rhythm method among them) are unreliable, a symptoms-based approach that tracks body temperature, fluids, and other indicators works very well—assuming, of course, that the interested parties control themselves enough to follow it.

For six more years, we rigorously followed the NFP guidelines, and for six years, we remained childless. At the same time, we found that we were open to life in a way we had not been previously. My health improved quickly. Charting cycles and watching for signs made me much more aware of how much of my approach to work, my decision-making processes, and my overall outlook on life was enmeshed with my physical body. I was, it turned out, an incarnate being, and processing that reality for the first time allowed me both to compensate for the weaknesses of the flesh, and to appreciate the sacrifice of a God who would take on a body.

My husband and I had to adjust—of course—but we also found that intimacy was more intimate in part because it wasn’t a constant. The Bible is replete with periods of fasting and feasting, and restraining appetites for a period of time lends a sweetness and significance to the feast when it happens.

When the day came that we grew frustrated with our dog’s inability to talk with us, NFP also helped us to conceive a child, then another three years later. Continuing NFP even now, when we have more blessings than we can count, when we crave the rhythm of everyday life more than we crave novelty, means that we continue to live incarnate lives. Children are indeed a blessing from the Lord, one whose ever-shifting sleep cycles, new teeth and new words and new discoveries, remind us how tenuous—how easily interrupted, how easily forgotten—the rhythms of life can be. 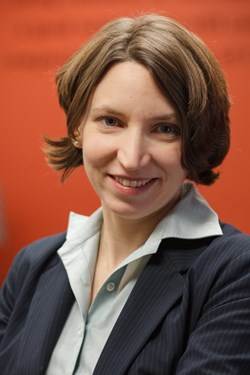 Emily Heady is Vice Provost for Undergraduate Education and Professor of English at Liberty University. She and her husband Chene have two children, Beatrice and Avery.

Contraception; Family Planning; Marriage
March 26, 2015 at 7:59 am
To add a comment you need to be a registered user or Christianity Today subscriber.

From Depo-Provera to Natural Family Planning

From Depo-Provera to Natural Family Planning