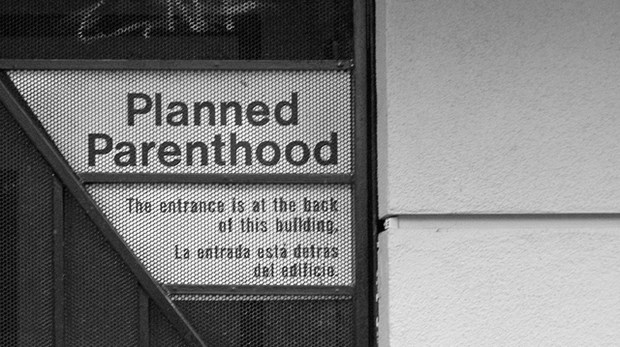 Two days ago, I published a piece on this blog by Rachel Marie Stone called "Contraception Saves Lives." Toward the end of this post, Stone writes:

Those are many deaths that could be averted—each year.

The purpose of the post was to draw attention to the number of women, children, and unborn babies who die in countries without access to contraception. Certainly Christians can disagree over whether access to contraception is the proper solution to this problem (as Gina Dalfonzo has done in a response post for Breakpoint), but most of the conversation surrounding this post has not centered on the issue of contraception in the developing world.

Rather, an Internet maelstrom of comments on Stone’s original post and hundreds of tweets ensued, all in response to the way Stone depicted Margaret Sanger, founder of what is now the organization Planned Parenthood. These concerns center on Sanger’s deplorable eugenic positions and racism. As the mother of a child with Down syndrome; as someone who has advocated again and again for the value of every human life; as someone who has curated series about abortion, prenatal testing, and racial reconciliation in the church—I care deeply about rooting out any eugenic tendencies in our current context. I care deeply about exposing and confessing racism and working together toward reconciliation.

So I pay attention when writers and Christians like Timothy Dalrymple offer this critique of the post (in the comments section):

I hope you can make this argument more powerfully and more effectively in future by not making it seem as though one must accept or pseudo-accept Sanger in order to agree.

I pay attention when Alan Jacobs writes a blog post to express his concerns:

Sanger is an immensely controversial figure—especially among evangelical and Catholic Christians, thanks to the leading role the organization Sanger created, Planned Parenthood, plays in providing abortions—so it is rhetorically disastrous, in a blog post written for a Christian magazine, to link advocacy of contraception to a defense of Sanger. As Stone’s post shows, we have in the lives of poor families around the world more immediate and convincing evidence for the value of contraception. Why bring Sanger into it? Her presence won’t reassure those already sympathetic, and will surely alienate those who doubt.

Jacobs goes on to offer good reasons why Christians ought to be dismayed by Sanger’s legacy, particularly by her eugenic views.

Stone, meanwhile, offered some clarification of her position on Twitter:

“Margaret Sanger’s eugenics were abhorrent. In her early days she was motivated by compassion for the least of these. My “defense” was an attempt at understanding what my Malawian friend might admire . . .”

“I believe I did not accurately estimate how great a distraction the Sanger example would be. My primary concern is global women’s health not defending Margaret Sanger. That said, and maybe it is cliché, but I found it valuable to learn where Margaret Sanger came from.”

That was valuable not only to Stone but also to me. But all in all, I have to apologize for not paying sufficient attention to the editing of this piece, which has caused so much confusion.

Stone’s post interested me when she submitted it because it asked me consider the devastating situations of many women in countries like Malawi. It also made me wonder about Sanger’s legacy, both at home and abroad. If Sanger was indeed opposed to abortion (calling it a “social disgrace,” for instance), then why does her organization now provide more abortions than any other in the United States? Does access to contraception inevitably lead to access to abortion? Is there a necessary relationship between eugenics and contraception? Or might Christians have a voice in this debate that could distinguish between preventing a pregnancy and terminating a pregnancy? Might Christians be able to look back at Sanger’s initial desire to help women and children and seek to understand how that vision became so twisted? Might Christians who advocate for access to contraception have something to learn from Sanger’s legacy—both in what went right and in what went horribly wrong?

My hope for this post was to spark a conversation about the role of contraception in women’s health around the globe. I am a bit heartsick that it instead ignited a flame of vitriol.

In the next few weeks, I will publish more posts about contraception—from those who oppose it to those who are grateful for it. I hope the conversation that ensues will be one that pushes us all to think more deeply, and with grace and truth, and more important, help us together come up with practical solutions that will severely limit abortions in our lifetime.

Contraception; Family; Family Planning
March 13, 2015 at 7:55 am
To add a comment you need to be a registered user or Christianity Today subscriber.