Dear God, If you should give us a son, grant that he may work for you in China.”

Such was the 1832 prayer of James Taylor, a British man fascinated with the Chinese empire, kneeling in the back of his chemist shop alongside his wife. Several months later, James Hudson Taylor was born. Immersed in a Methodist family fascinated with China, the young Hudson sometimes blurted out, “When I am a man, I mean to be a missionary and go to China”—though he didn’t learn of their prayer for some years.

When he was 17 and experiencing “teenage restlessness and rebellion,” his mother locked herself in a room, moved to not only pray that Taylor would become a Christian, but also to stay in the room until she was sure her prayers had been answered. That same afternoon, Taylor later recalled, he picked up a gospel tract about the finished work of Christ and accepted “this Savior and this salvation.”

So began a single-minded life in Christ, devoted to bringing the gospel to the interior of China.

A Storm and a Pigtail

Within a few months of this “new birth,” as he called it, Taylor’s call to China was confirmed during a night of intense prayer when Taylor lay stretched “before Him with unspeakable awe and unspeakable joy.” He spent the next few years in frantic preparation: studying medicine and language, immersing himself in the Bible and prayer. Finally, at 21, he said an emotional farewell to his mother and boarded a ship in Liverpool harbor headed for China.

Off the Welsh coast, the ship ran into a severe storm. The captain described the sea as the “wildest he had ever seen.” Taylor alternated between dread and trust in God’s ... 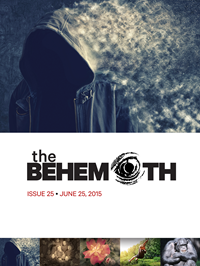