Before We Conquer, Have We Tried Love and Prayers?

Most missionary careers are not launched by a suicide. Neither do most end with deliberate martyrdom. What Ramon Llull did in between rebuked a Christian Europe fighting jihad with its own crusades.

The Mediterranean world in the 13th century witnessed a conflict in transition. The 1212 Battle of Toloso signaled the decisive decline of Muslim civilization in Spain. But in 1291, the crusader city of Acre fell, the last major outpost of Christian power in the Holy Land. Merchants from Genoa and Venice established control of seafaring trade routes. But Arabic philosophy governed the discourse of European intellectual circles.

Born around 1235 in Majorca (a Spanish island near Barcelona his father helped to liberate), Llull was a product of this time. King James I of Aragon granted the family land, and Llull served in the court of his son. A troubadour in the classic sense, he was an accomplished musician and poet, also authoring treatises on horsemanship and warfare. Palma, the family home, was a center of shipbuilding. And Llull was a devotee of courtly love, a palace and literary tradition that germinated in Andalucía.

Here, arresting his licentiousness, God got his attention.

Deep in flirtation with a married woman of the court, Llull’s wooing poem was interrupted by a vision of the crucified Christ. Blood dripping from head and hands, Jesus looked at him reproachfully. Llull immediately retired to his chambers, but was not yet converted. The married father of two tried to resume his poem a week later.

Back in Majorca, he gave his wealth to the poor, establishing a scant allowance to provide for his family. He spent his own time in meditation at the nearby monastery.

One day, Llull heard a monk preaching on Francis of Assisi. The Franciscan order was in ascendance, with over 200,000 adherents. And Francis’s 1219 visit to peacefully convert the Muslim Sultan of Damietta, a nephew of Saladin, at the height of the Fifth Crusade, was already legendary. At least the history was well known—few were inspired to attempt imitation.

Llull was inspired to change this. “I see many knights going to the Holy Land thinking they can acquire it by force of arms,” he wrote. “But it seems to me the conquest ought not to be attempted except in the way which you and your apostles acquired it: by love and prayers, and the pouring out of tears and blood.”

During his meditations, Llull believed God gave him a method by which all knowledge could be demonstrated: constructing systems of inquiry on theological and philosophical givens. He spent the rest of his life refining and applying what he called his Ars Major Generalis, the ultimate general art.

Unlike similar scholastic philosophy of Llull’s day, its chief purpose was practical. Llull longed to mend the world and restore its unity. Convincing the Muslim world of Christianity required refuting the dominant philosophies of Avicenna and Averroes. But to do that he had to learn Arabic.

Spain in his day had parallels with Syria and Iraq today. As the Reconquista advanced, Muslims left behind were displaced, given second-class status, or outright enslaved. The Inquisition would eventually demand fealty to the ruling religio-political ideology, as a weakening but still-mighty Islamic civilization looked on in horror and disgust. (Muslims maintained European power only in Grenada, succumbing two centuries later, in 1492.)

So the only way Llull could learn Arabic was to purchase a Moorish slave.

For nine years they labored together, until one day the Muslim blasphemed. Llull struck him across the face; the slave seized a knife and stabbed him. Thrown in prison, perhaps fearful of ill-treatment, he hung himself in his cell.

Llull withdrew into seclusion, where Jesus appeared to him once more, strengthening him in his resolve toward Muslim evangelism. Deeper he learned the dictum of his life: “He who loves not lives not; he who lives by the Life cannot die.”

Llull’s first task was to convince other Christians to join his efforts. He had limited success. In 1276 he opened a monastery to train Franciscan monks for service to Islam. Later he was involved in opening a university in Montpelier and a teaching college in Paris.

Llull’s peaceful approach to Islam was rare but not unprecedented. And he had other examples to point to. Beside Francis, Peter the Venerable advocated the sympathetic and scholarly study of the Qur’an a century earlier. Llull’s contemporary Peter Nolasco founded an order to redeem Christian slaves, even substituting themselves as ransom if apostasy was feared.

But Llull could not shift the Christian world from a crusade of arms to a crusade of heart and mind. Three times he tried to convince the pope; three times he failed. To Llull’s credit, at around age 75 he won a decree from the Council of Vienne to establish chairs for the study of Oriental languages in the universities of Oxford, Paris, and Salamanca.

But in times of war, few love the enemy. Fewer still leave their homes and countries to love them, so Llull set off alone.

“Let Christians consumed with burning love bring infidels back to the faith,” he wrote, “so that the precious name of Jesus, which in most regions is still unknown to most men, may be proclaimed and adored.”

In 1292 he left the port of Genoa for Tunis, where the Eighth Crusade had ended a mere 20 years earlier with King Louis IX of France dead on the beach. Upon his arrival, Llull called the city’s scholars to a debate.

At first it appeared to go well. Missionary and scholar Samuel Zwemer characterized Llull’s method as apologetic, not polemical, engaging with Islam in an age when most were ignorant of even its basic views. A few converts are recorded, though soon thereafter Llull wound up in jail. Sentenced to exile, after escaping he hid in the city for three months to teach the new flock. He then returned home without incident.

Fifteen years later he set sail again. Arriving in Bugia (now Bejaia), Algeria, he stood in the central square of the city and preached Christianity as the only true faith. But this time Llull was more polemical and commented negatively on the character of Muhammad. The crowd erupted, though a local mufti saved him from violence.

For a year and a half he languished in prison, visited by resident Christian merchants and emissaries of the ruler. Somehow he again won a small band of converts, and was eventually deported.

The accounts of Llull’s missionary journeys are somewhat muddled in the sources. Modern historians relate them as legends. Though Llull wrote his life story, the first biographies do not appear until two hundred years after his death.

In his own account, Llull records an initial wavering in Genoa, and twice he disembarked in fear of what his reception would be. But his pen also preserves the rallying cry he pronounced to self and foe alike: “Death has no terrors whatever for a sincere servant of Christ, laboring to bring souls to a knowledge of the truth.”

As Llull approached death, his desire for it increased. “Men are wont to die from old age,” he wrote. “But if it be thy will, thy servant would prefer to die in the glow of love, even as you were willing to die for him.”

Nearing 80, he cared first for his converts. In 1314, Llull returned to Bugia and for ten months secretly ministered among them. But on June 30, 1315, he reappeared in the square, identified himself as the same man once banished, and threatened the crowd with divine wrath if they continued in the error of Islam.

Certainly it was all but suicide. He knew it would end in his death. But Llull was walking in the path of his forefathers. In the mid-ninth century, 140 years after the Muslims conquered Spain, 48 men and women of Cordoba were martyred, many deliberately denouncing Islam to trigger their own execution. Others imitated them in the centuries to follow.

Llull’s message was more winsome than that of the Cordoba martyrs, but he sought the same end. He was seized, dragged from town, and stoned mercilessly. Llull was laid to rest in Palma, in the Church of St. Francis, where an elaborate marble carving depicts him in repose, dressed as a Franciscan, rosary on his belt, hands lifted in prayer.

Those prayers were not answered for another 350 years, when Christian missions returned to North Africa in 1881. Today the Spanish celebrate Llull as one of the first Europeans to write in the vernacular. But scholars differ on his legacy. R. A. Herrera called him a gadfly, a failure, and a negligible influence on his age. But to Zwemer, Llull was the first missionary to the Muslims, a man ahead of his times, and an inspiration for generations to come.

Jayson Casper regularly reports on the Mideast and North Africa for Christianity Today. 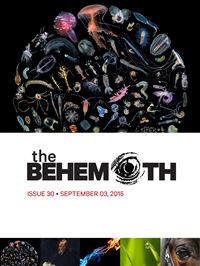