The Breaking with Dawn

Eventually, I slip my hand out from under the mosquito net and flick off the light. I am exhausted.

After arriving in Puerto Maldonado, Peru, by bus a little after 5 this morning, I slurped papaya juice on a plastic stool in an outdoor market. I yawned from the back of a motorcycle as the driver dropped me off at the tour company’s office. Then followed a one-hour bus ride past the coca farms and a three-hour motor boat trip on el Rio Tambopata.

By now, I long to stretch out my body, shut my eyes, and drift off to the hum of the jungle’s nocturnal insects (including the wallet-sized grasshopper on the other side of my net). But first I must defeat an internal mantra chiding me for sleeping before 11 p.m. As I slowly lose interest in my book, I relent.

Prior to leaving Chicago for South America, I made several goals for my month abroad. Strike up conversations in Spanish with locals. Ride a bus—not a taxi—from the airport. Wander around downtown on foot. Explore neighborhoods outside of the traditional tourist map. I don’t formally state my intention to robustly fill my days, as I would, with walking tours, bicycle trips, and street food snack sessions. I don’t have to—my conscience already connotes busyness with godliness.

I first begin to spot tensions in this philosophy on a beach in Colombia. When I arrive at my hostel—a series of hammocks under a thatch roof with a sand floor—it is 6:35 p.m. Darkness obscures an Argentine man’s tent, circus silks hanging from a tree, and coconuts in the sand. My body would like to lie on my beach towel, but instead I give in to my extroverted tendencies and chat for most of the evening with an Italian surfer who has been traveling for eight months. When I finally climb into my hammock a little before 10, I imagine the sun dazzling the waves and hope I’ll wake up in time to watch it emerge above the horizon.

I fall asleep at similar times the next two nights, after days of kayaking in warm, muddy rivers, 3-hour hikes, swimming breaststroke laps in the sea, and a smoked fish dinner I cook with an Argentine traveler. One night, we lie on our backs on a deck at the edge of a cliff, mesmerized by the Milky Way.

I never witness dawn on a Colombian beach.

At an airport later, I realize I don’t want to acknowledge that my desire to engage the moment may bear consequences for my future. That preparing a home-cooked meal with a professional South American chef may cost me a view of the sunrise. That later my hunger to stretch friendly banter 15 more minutes may correlate with missing my ride to the clay lick. That perfectly good decisions do not exist.

Torn between living in Chicago or New York City last year, I imagined myself mature when I proclaimed that each choice arrived with its own pros and cons. But I thought that declaration exclusively applied to line-in-the-sand life pronouncements. Now I know it also discomfortingly concerns bedtimes and mornings.

Not wanting to run a cost/benefit analysis on my sleeping schedule every night, I dive deeper into my values. You care deeply about robust conversations—and often the person on the other end, I told my consistently late friend earlier this year. The fact that you stay in the moment—that you let the tone and direction of the conversation dictate how long it lasts—may offer a better experience for your conversation partner.

But are you acting selfishly? That’s where I challenge him to draw the line ahead of time. When one interpersonal engagement threatens the integrity of another, you must decide in advance to cut it short.

Nature and other external events outside don’t accommodate tardiness. But despite my sometimes frustration with their indifference to my absence, I realize that they offer me flexibility. They also offer me an opportunity to appreciate the breadth of good: witnessing a meteor shower and an exchange in a second language about black holes both make me happy to be a human. Just because I cannot have them both does not mean that I cannot have something good.

My second full day in the rainforest, I do miss the first boat—and the second one—to the clay lick. I stare at the water from the riverbank for 10 minutes while my 23-year-old guide, Mari Carmen, tries to cajole a captain to drive us in his craft. It is 4:30 a.m.

When we finally arrive, we set the telescope and stools up shortly before the first macaws, parakeets, and parrots begin landing on the other side of the river bank. Carmen informs me that the birds consume the clay from exposed river banks to flush out toxins from their nut-flower-seed diet. When I consult the internet later, I discover that a lead researcher from our lodge proposes an alternative: salt. Roughly 1,000 miles from the sea, these birds crave sodium.

But they also crave each other, Carmen explains. Macaws—which can thrive in the wild for more than half a century—mate for life. If a hawk or harpy eagle swoops down and makes meat out of one, the lone partner stays single. If you observe three together, most likely one is the baby.

Their loyalties hardly preclude friendship; hundreds of them dance around the culpa for several hours every morning. For such magnificent birds, their English names are harsh: scarlet macaws, blue and yellow macaws, yellow-crowned parrots, orange-cheeked parrots, dusty-headed parakeets, white-eyed parakeets. I learn their Quechua names instead.

I consider the birds in the air, both the literal ones and the ones Christ references in Matthew—in a sermon about decision making. In my moments of indecision, I falsely begin to believe that the sum of my life consists of my experiences—and that the decision to curate them falls squarely on me. For perspective, I reflect on his emphatic assertion of provision.

Macaws, parrots, and parakeets choose partnership and friendship. They feast on nuts, berries, leaves, and salt. Nights and mornings contain their own magic.

“All creatures look to you to give them their food at the proper time. When you give it to them, they gather it up; when you open your hand, they are satisfied with good things” (Ps. 104:27–28). 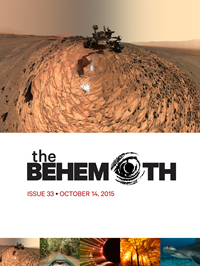