The night is still, there is no rhythm or movement, and the crackles of the recording provide the only steady presence. In comes a weary, groaning slide guitar, followed by a tender moan. The open-D tuned guitar almost sounds like it’s crying: not a full-on wail, but a whimpering as if it’s already been up crying all night. The man’s voice has no words to express, but simply moans and groans, echoing the cries of the guitar. It’s a truly sobering piece of music, but one that perfectly encapsulates the suffering and sadness of Christ’s death.

In 1927, Texas gospel bluesman Blind Willie Johnson recorded "Dark Was the Night—Cold Was the Ground” with Columbia Records. It was the first of what would become six days of recording over three years. That day he also recorded his blues classic “It’s Nobody's Fault but Mine,” which would become the A-side to “Dark Was the Night’s” 78 rpm release.

He borrowed the title from an 18th century English hymn by Thomas Haweis:

Dark was the night, cold was the ground
on which the Lord was laid;
His sweat, like drops of blood, ran down;
In agony he prayed.

There are no lyrics to Johnson’s piece, but the agony is clear.

The 3 minutes and 22 seconds of “Dark Was the Night” are devastatingly sad yet stunningly soulful. Johnson's voice echoes the pain and suffering of his guitar: the sound of a man who has known and felt defeated by hardship after hardship. Johnson, known for his throaty, rough delivery, is at his most tender and earnest here. In his 30-song career, there is no other song he recorded that sounds remotely like “Dark Was the Night.” Really there is no song in recorded history quite like it.

Legendary roots guitarist Ry Cooder once described it as “the most soulful, transcendent piece in all American music.” It so well encapsulates the human spirit that the Voyager 1 and 2 space probes included it in the 27-song golden record sent into space, in case someone discovers it and wants to learn about the human race. It so well encapsulates Good Friday that Italian filmmaker Pier Paolo Pasolini used it for much of the soundtrack of his 1964 Oscar-nominated passion film, The Gospel According to Matthew. You hear the pain of a man who has lived an incredibly hard life, but that man is mourning and relating to the suffering of his Savior.

Blind Willie Johnson certainly knew about the blues. He remains a largely mysterious figure: there has never been a significant biography written about him and few records of his life remain. But we know that his life wasn’t easy. His mother died tragically when he was just an infant. (“Motherless children have a hard time when mother is dead, Lord,” he’d sing the day he recorded “Dark Was the Night”). Growing up poor in Texas, Johnson’s father would often leave him on the street corner to sing and play guitar for money. It’s widely believed that at age 7, his stepmother angrily threw lye at his father and that it landed in Willie’s eyes, permanently blinding him.

While Johnson was one of the few bluesmen to have commercial success in his lifetime, even having his records reissued during the Depression, he once again became a street-corner musician late in life. In 1945, Johnson’s home burned to the ground, and he died at age 50 after coming down with an illness (thought to be either malaria or pneumonia related to the fire). As the story goes, he was refused admission to the local hospital, perhaps because he was blind, perhaps because he was black. It’s not unlikely. One look into blues music history will tell you Blind Willie Johnson wasn’t the odd man out, but just one of many who suffered from poverty, racism, addiction, and an endless slew of hardship.

As much as Johnson knew suffering, he also had a fervent passion for sharing the Good News. Johnson decided to become a preacher at age 5. He preached and sang across the entire state of Texas before finally settling in Beaumont and running a House of Prayer. Johnson’s music, while as bluesy and raw as anything you’ll hear, stays committed to the persistent hope of Christ. Whether holding onto the promises on “God Don’t Never Change” or hopefully stomping to “Jesus Is Coming Soon,” Johnson stayed affixed to the gospel. Songs like “John the Revelator” and “Trouble Will Soon Be Over” focused on Christ’s return, a consistent theme in Johnson’s work.

Johnson was also incredibly gifted at playing the blues; he adapted his own slide-guitar style, initially learning to play slide with a pocketknife instead of a bottle neck. He played with incredible dexterity and agility, his guitar serving as a dueting voice in the mix. Jack White of the White Stripes, one of today’s finest guitar players, called “Dark Was the Night” the “greatest example of slide guitar ever recorded.”

When Johnson’s harsh baritone declared his prophetic visions about Christ’s impending return on top of his rhythmic guitar just picking up speed, he sounded like an unstoppable force. Which again is how “Dark Was the Night” is in such contrast to everything else from Johnson. It’s the wordlessness experienced when we hear news of a friend’s miscarriage or a parent who suddenly died. Like the song, we have no words of comfort for such tragedy; we can only groan to express that we are mourning with those who mourn. Words cannot capture such sadness, and that’s why Johnson’s lament resonates so deeply.

On Good Friday, we often focus on the words of Jesus on the cross: “Father, forgive them, for they do not know what they do.” “Truly, I say to you, today you will be with me in paradise.” “Woman, behold your son. Son, behold your mother.” “My God, my God, why have you forsaken me?” “I thirst.” “It is finished.” “Father, into your hands I commit my spirit.” These “Seven Last Words” have been set to music at least since the 1500s, most notably by Joseph Haydn in 1787. But it wasn’t until 1927 that Blind Willie Johnson offered a musical meditation not just on the anguish of Gethsemane but on Jesus’ final utterance that could not be expressed in words: “When Jesus had cried out again in a loud voice, he gave up his spirit.”

Wes Jakacki (@wjakacki) is senior manager of marketing operations at Christianity Today and writes about music at Little by Listen. He recommends the new tribute album God Don’t Ever Change: The Songs of Blind Willie Johnson, with covers from Sinead O’Connor, Lucinda Williams, the Blind Boys of Alabama, Tom Waits, and others. 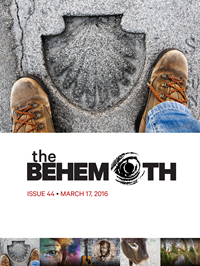