How Excellent Are Thy Names

What God invites us to call him says volumes about his relationship to us.
By Ken Hemphill 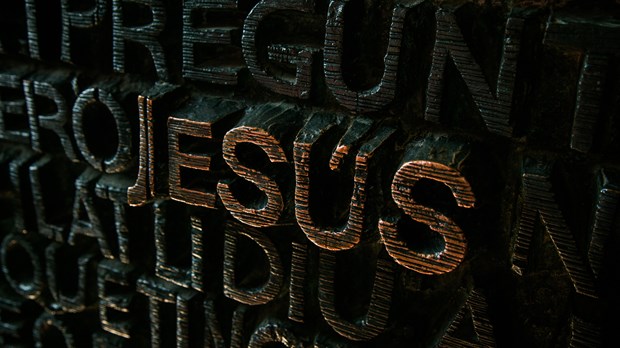 Most of us have several names or titles to which we respond. In my work, I am called "Dr. Hemphill." In most social settings, I am called "Ken." My wife calls me "Honey." My mother refers to me as "Son." Now that all three of my girls are out of the house, I love to pick up the phone and hear the words, "Hi, Dad, what are you doing?" And when any of my daughters says "Daddy," it still melts my heart.

Names are important. They are a means of self-revelation. They tell people something fundamental about us. What's more, the names people use to address us reveal something about the nature of their connection to us. When we meet someone, one of the first pieces of information we desire is that person's name. The disclosure of the name is the prelude for building a relationship.

Throughout the Old Testament, God reveals himself to his chosen people through various names or titles—both those that he gave to himself and those that his servants were inspired to ascribe to him or to the place where he appeared to them. These names served to identify and describe God, but they also exhorted God's people to holy living, gave them hope, reminded them of their heritage, and challenged them to continue their pilgrimage of faith.

The names of God are one way in which God speaks to us today. Studying them unlocks for us a fuller understanding of God's multifaceted character and offers us insight into his divine expectations. They are an invitation for us to know intimately and fully the God of creation and redemption.

All biblical names of God are built around two core names—"El," a general term for a god, and "Yahweh," a more personal and covenantal moniker. In the Scriptures, the name or title used for God depends on who's using it and the context in which it's used.

El, the common word for "deity" in the ancient Middle East, is used occasionally in the Old Testament to refer to heathen gods but most frequently designates the God of Israel. The name most likely means "first" and indicates that God is the strong and mighty One. The singular name El is rarely used alone in the Old Testament; it is most frequently found in compound constructions such as El Shaddai (God Almighty) or El Elyon (God Most High).

In Genesis 1:1, the Hebrew name for God is Elohim, the plural form of El. Though technically a plural term, Elohim is usually translated in the singular. Some scholars believe that the use of Elohim points to the triune nature of God. In Genesis 1:26, for example, Elohim is used with the plural pronouns us and our: "Then God said, 'Let us make man in our image, according to our likeness"' (NKJV).

Other scholars argue that the plural form simply intensifies the subject, indicating God's supremacy. Thus when Israelites confessed the name Elohim, they were acknowledging that God contained within himself all the divine attributes. In a predominantly polytheistic age, it was no small thing to assert that God alone is the one true God and that he can be known personally. This is not the place to debate the Trinitarian implications of Elohim, but God's triune nature and his supremacy are throughout Scripture. The God of creation is the one true God who, to provide for our salvation, has revealed himself as God the Father, God the Son, and God the Holy Spirit.

The name Yahweh is not without its own theological controversies, though most biblical scholars agree that it is the closest thing we have to a proper, personal name for God. The name occurs 6,823 times in the Bible. In Hebrew, Yahweh is written with only four consonants—YHWH—and no vowels. (Theologians call this four-letter name "The Tetragrammaton"—the ineffable name of God.) Since about 300 B.C. the Hebrews avoided speaking the name for fear of profaning its holiness. When they came to yhwh in the text, they would substitute Adonai, the common Hebrew word for "Lord." Today, most English Bibles translate YHWH as "Lord."

How Excellent Are Thy Names