Everything Depends on the Resurrection

If Jesus didn't rise from the dead, our hope is in vain.
Keri Wyatt Kent 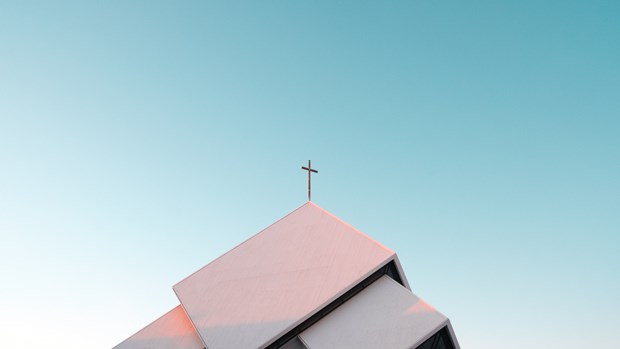 The IVP Bible Commentary notes: "The Sadducees borrow the story line of a woman with seven husbands from the popular Jewish folktale in Tobit 3:8; they want to illustrate the impossible dilemmas they believe the doctrine of resurrection creates."[1]

Jesus refutes them by saying that there will indeed be a resurrection and an afterlife, but marriage will not be a part of that life. Little did they know that when he died and rose again, Jesus would forever alter the debate about resurrection.

Pagan religions also had myths about various gods who died and were resurrected (commonly known as Corn King myths, sometimes used to explain the rebirth of plants in the spring). The most well-known was that of the Egyptian god Osiris. However, Osiris, according to most stories, was brought back to life by his wife, Isis, and soon died again. The stories pale in comparison to the resurrection of Jesus, which was documented by eyewitnesses and historians who were outside the faith.

Many modern scholars have pointed to these myths as so-called proof that Jesus' resurrection was yet another myth. Christian scholars argue that these myths only point to humanity's longing for God, who ultimately is the only one who can overcome death completely.

When a group of women go to the tomb where Jesus was hastily buried, they find the tomb empty. An angel tells them, "He is not here, he is risen, just as he said." (See Matt. 28:5-7; Mark 16:5-7; and Luke 24:5-7.) Later, the resurrected Christ appears to the women, his disciples, and larger crowds of people.

Christianity preaches not only that Jesus was resurrected, but that eventually he will return to earth. When he returns, all who have died will rise again as well. The Greek word translated "resurrection" is anastasis, which means literally "to cause to stand up on one's feet again." It can mean a resurrection from physical death, or a recovery of spiritual truth.

Simeon, the old priest, uses this word when he tells Mary that "this child is destined to cause the falling and rising (anastasis) of many in Israel, and to be a sign that will be spoken against" (Luke 2:34). Imagine young Mary, clutching the baby Jesus in wonder, trying to understand what he means.

Only once is exanastasis used, in Philippians 3:10-11 (TNIV), which says, "I want to know Christ—yes, to know the power of his resurrection (anastasis) and participation in his sufferings, becoming like him in his death, and so, somehow, attaining to the resurrection from the dead (exanastasis)."

First Corinthians 15 provides a summary of Christ's resurrection and its theological implications. We see the phrase "resurrection of the dead" (anastasis) four times. We also see the word raised ten times. The verb in Greek is egeiro. This word has a broader meaning: It can mean to rouse from sleep, to raise up, to rise up against someone or something, or even to raise a building, and of course, to raise from the dead. It is sometimes translated "risen," as in Luke 24:34, "the Lord is risen indeed" (NKJV).

Everything Depends on the Resurrection