What Is Your Heart Worship?

A look at what it means to sing psalms and hymns and spiritual songs.
Cynthia Cook 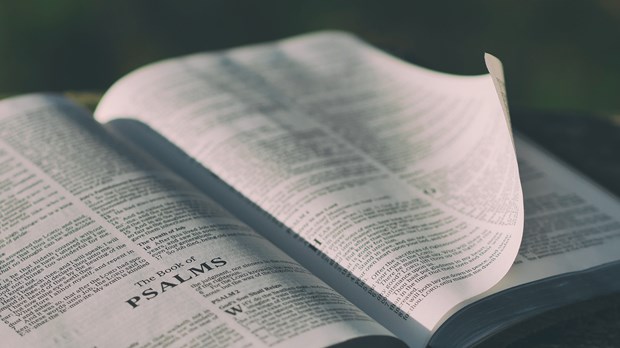 What does God's Word tell us are appropriate songs for church worship? Let's look at what two passages say about this. Where these guidelines stop is where we must then apply taste and good judgment.

"Speaking to one another with psalms, hymns, and songs from the Spirit. Sing and make music from your heart to the Lord." (Eph. 5:19)

"Let the message of Christ dwell among you richly as you teach and admonish one another with all wisdom through psalms, hymns, and songs from the Spirit, singing to God with gratitude in your hearts." (Col. 3:16)

In order to better communicate, let's separate the music in question from the lyrics. In Ephesians 5:19, the psalmist begins with a form of the word speak, which is sometimes translated sing. I prefer speak because I truly think he's talking about the lyrics of our songs, not the musical style we add to them. He then adds "to one another." This short clause is powerful. Why do we always think that worship is about us and our personal likes and dislikes? We are to speak and sing words that edify the whole body, not just ourselves or a select few.

All you who say, "We don't like hymns" or "We don't like choruses," are you really saying, "We don't like that style of music" rather than "We don't like the words"? The worship debates have often been about musical styles, incorrectly referred to as "hymns" and "choruses." But when we separate the music from the lyrics and define the three poetical forms that Paul, inspired by God, instructs us to use, then we begin to write poems that are in the style of hymns, psalms, and spiritual songs, rather than a style of music that we enjoy and to which we can worship.

Definition of the Three Scriptural Styles

First of all, let's define these three lyrical styles. In the Western context, a psalm is a poem taken from Scripture (but not necessarily word for word). Psalms are often repetitive lyrically, and have one topic or idea. These songs are generically called "choruses" today, but many of our choruses just don't fit this definition. Why? Because they're hymns.

So, let's define a hymn. Lyrically, hymns are poems that have multiple verses or strophes, with one or more ideas being presented and developed throughout the verses; they are generally deeper lyrically than a psalm. They can also contain a refrain or chorus that is repeated after each verse, and many composers use a third component called a bridge. With this definition, we begin to see that some of our "old" hymns don't fit this mold either. Why? Because they are psalms, not hymns. Hymns are still being written today, as they should be. Not all songs written before 1960 for the church are hymns, and not all songs written after that time are choruses.

Now, what is a song of the Spirit? This is the most difficult to define for Westerners. Spiritual songs tend to be spontaneous, songs that are sung only for a time to teach a biblical doctrine or emphasize a topical sermon series. As a missionary in West Africa, I have often seen the use of such songs. They may be a part of a congregation's worship for one service only, or they may last for up to a year. Longer than that, and I would identify them as a psalm or a hymn. They do not seek to build up one person, but a group. They seek to enrich or explain a biblical truth. They can, however, tell an earthly story that helps clarify a biblical doctrine.

If someone writes a song to go along with a sermon topic; if someone stands during the closing time and sings something that is tied to the sermon; or if someone sings a new, impromptu song inspired by the Holy Spirit (generally sung only that one time and generally tied to what was preached that week)—these would all qualify as songs of the Spirit.

So based on this passage, we should use lyrical variety in our worship services. Hymns help us grow deeper in our faith; psalms give us an easy way to memorize Scripture; and songs of the Spirit help us focus on one particular element of God's Word.

Sing and Make Music in Your Heart to the Lord

Next our verse says, "Sing and make music in your heart to the Lord." So let's talk about the music. As a member of the International Council of Ethnodoxologists (ICE), I have learned that music which comes from your heart elevates you to a new level of worship, and this is what God desires from us. We call this "Heart Music" or "Heart Worship." This must include not only our brain, hands, and voices as we make music, but something that aesthetically brings us to a new level of worship and praise. How can we do this if we're singing something with which we cannot connect musically? I can intellectually appreciate someone else's love of a certain style, but it will do nothing for my heart.

Musicologists are taught that all cultures should sing and write songs with which they can identify. Normally this means that they will use song styles that speak to their hearts. But in today's African cultures that are greatly influenced by music from the rest of the world, people don't necessarily want to sing in the "old" styles of their ancestors. Their indigenous music often has a negative connotation linked to other religions. In my recent musical research and studies, I have found that the music styles my African brothers and sisters enjoy are those that they hear coming from their CDs and radios. They want to sing these styles in a church setting. But when they sing them, they change the accompaniment to reflect something that is similar to their African musical styles. I only caution them to be sure that the words they choose actually go along with the melodies they're singing.

How to Apply This in Our Churches

So, let's step back a minute now and look at the songs we've been singing in our churches. Are these three poetical styles being set to music that our congregants can relate to? If not, then something needs to change. The style of music we want to sing will vary greatly from one church to the next, because people's tastes vary. Even within one church there will be a great variety.

If you're a music director in a church where people prefer singing the hymns and choruses of 50-plus years ago, then sing them. By the way, not all of those people have gray hair. Twenty-somethings also relate to these songs, and when they enter church and don't hear them, they often leave feeling let down.

So, the first question a worship leader needs to ask is, "What styles of music interest those in my entire congregation?" Take a survey. When I enter a new church as worship director, I ask everyone to give me a list of the 10 songs they most enjoy. From these songs, I build a master list of songs that become the core songs we sing each week. As I gain the confidence of the congregants, I can then bring in new songs and styles of music that are similar. In this way, they will learn to appreciate multiple styles of music for the sake of this diverse body.

Never settle for stagnant worship, but celebrate weekly with joyful hearts in a variety of lyrical and musical styles.

What Is Your Heart Worship?