Because we do not get to see, smell, taste, or touch the events of the gospel story, we must visualize it.
Brad and JoHannah Reardon 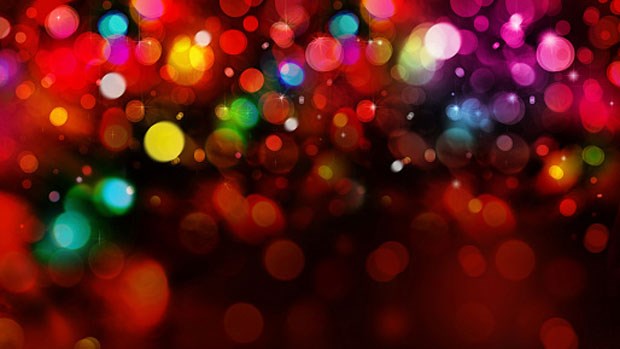 Most of us remember those things that affect our senses: sights that are imprinted on our memories, smells that linger in our thoughts, tastes that make us hungry just thinking about them, or a touch that soothes our cares.

Luke wrote his gospel because a Gentile man of importance named Theophilus needed reassurance or certainty. In a sense he needed to "see" what Luke was trying to describe to him. To help him, Luke decided to record a clear, chronological account of the events of Jesus' life. He writes, "With this in mind, since I myself have carefully investigated everything from the beginning, I too decided to write an orderly account for you, most excellent Theophilus, so that you may know the certainty of the things you have been taught" (Luke 1:3-4).

Theophilus was wondering whether he should really follow Jesus. Questions may have haunted him, such as: Does God really work this way? Does a story that includes a crucifixion actually provide hope for the world? Does God call all nations to this? There are so many obstacles to believing in Christ, is it worth it? These are questions anyone could have.

So to reassure him, Luke did two unique things that the other gospel writers didn't. First, he uses an artistic focus. He weaves the history of Jesus' coming into poetry that has a deep and rich appeal. Luke alone records the songs of Elizabeth, Mary, Zacharias, Simeon, and the angels.

Second, Luke uniquely reveals the thoughts and feelings of those involved in the history he is telling. For example, he informs us that Mary treasured these things in her heart. No other gospel writer records the innermost thoughts, fears, and reflections of those he includes in his account.

We see both as we read Mary's song in Luke 1:46-55. We can picture her exuberance and feel her joy as she says that her soul glorifies the Lord and rejoices in her Savior. She realizes the blessing she has been given and it overflows into song. God's mercy and might intermingle as she reflects on who he is. Can you see and feel it?

Or consider the poetry in Zacharias's song (Luke 1:68-79). Imagine how this man, who had been silenced for months because he doubted that God would do what he said he would, now praises God for coming to redeem his people and for fulfilling a prophecy of long ago. He recognizes the privilege of being given such a son as John when he had lacked faith. And he wholeheartedly throws himself behind John's calling to give his people the knowledge of salvation through the forgiveness of their sins. He ends his song dwelling on God's tender mercies that shine on us in our darkness. The words themselves are food for our imaginations.

Picture Simeon's joy as he saw Mary, Joseph, and the baby Jesus enter the temple in Jerusalem, so that Mary could participate in a purification rite after childbirth, and so that Jesus would be consecrated to God, as were all firstborn Jewish sons. God opened Simeon's eyes to who Jesus truly was and his joy overflowed (Luke 2:25-32). If you are a parent, perhaps you've experienced a stranger who wants to hold your baby. It can be a frightening experience. But they must have known that Simeon was different, and in his song he basically says, "I can die happy now. I've seen everything I need to see." We can visualize the power of that encounter and the impact it had in that old man's life.

In his article Can You Imagine? Brandon O'Brien says, "Faith is an act of the imagination. And a healthy, vibrant imagination is crucial to the Christian life." He goes on to say, "Faith requires us to envision and inhabit a world that we cannot perceive with our senses—a world where an invisible God lovingly maintains his creation, where the Son of God became a human child, died on a cross to save sinners, and is seated at the right hand of God in glory."

What Luke records requires imagination, and we miss something if we don't employ our imaginations as we read his account. Because we do not get to see, smell, taste, or touch the events of the gospel story, we must imagine it. As O'Brien says, the gospel takes us to a world where God comes to earth as a human, where humans make choices to trust in one who dies on a cross, and where a stone rolls away and the Lord rises from the dead. We don't generally see such things. So, we cannot believe without imagination. Believing means we envision what is recorded as real history. Luke helps us by introducing us to real people who experienced Christ's coming in the midst of their doubts, hopes, sorrows, and joys—just like us. We enter through our mind's imagination to a real kingdom invasion. God comes to us, which changes everything. And as we enter, we gain certainty.

So use your imagination as you read the gospel accounts this Advent season. Jesus said that "the kingdom of God is in your midst" (Luke 17:21). There really wasn't a Super Bowl-like party on earth at Jesus' coming. The world tried to ignore him. But the people close by saw him and God made sure their stories were recorded. So let's dig into the songs, sorrows, and joys surrounding Jesus' birth. And like Luke intended, let's use our imaginations to gain greater certainty as we enter Christ's kingdom.

Brad Reardon is a pastor and JoHannah Reardon is the managing editor of ChristianBibleStudies.com. She blogs at www.johannahreardon.com and is the author of seven fictional books and a family devotional guide.