The Light of Christmas

Lights are a hallmark of the holiday season, but they are not what will ultimately illuminate our hearts.
Stan Guthrie 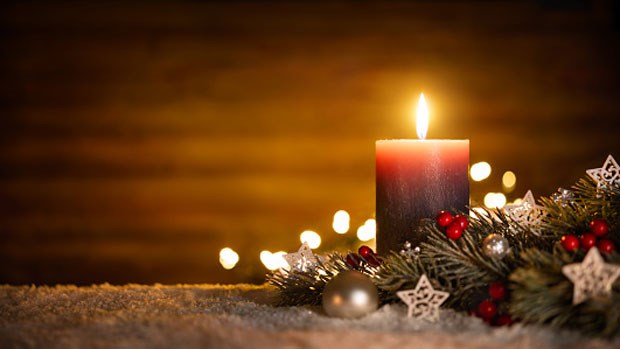 Hanukkah commemorates the astounding victory of the Jewish people over the pagan king Antiochus Epiphanes in 165 B.C. Antiochus had set up an altar for Zeus in the temple in Jerusalem, and even offered swine flesh on the altar. Antiochus forbade circumcision and the teaching of the Torah. Clearly, the survival of Judaism hung in the balance.

A small band of Jews organized a guerrilla movement and revolted against Antiochus. With God's help they defeated their Hellenist masters. They then cleansed and rededicated the temple, lighting the menorah for eight days as Solomon had done before. The Talmud says that they had only one day's worth of oil, but the lamp miraculously stayed lit for eight days.

Yet Hanukkah, for all its wonder, is not even a biblical holy day. True, it does make a cameo appearance in John 10:22 as the "Feast of Dedication." Historically a minor Jewish festival, Hanukkah has evolved into one of the most festive Jewish holidays, perhaps because of its close proximity to Christmas. The beautiful lights of Hanukkah shed light on the physical world, just as God's Word illuminates the spiritual world.

"Your word is a lamp for my feet," the psalmist says, "a light on my path" (Ps. 119:105). Modern people, even those of us who love God's Word, might be tempted to gloss over this statement. We are so used to our modern electric lighting that we cannot imagine existing without it. In some of our cities, it never gets dark. But when the sun went down in ancient Israel, it got dark—pitch black in fact. Those who ventured outside at night had to take a lamp so they would not trip over a stone or step into a hole.

God's Word, this psalm assures us, is like one of those lamps. Carrying it with us is not an optional extra in the sometimes dark world in which we live. It is vital and mandatory. We need the Bible's sure light on the path of life, not only so that we can avoid problems, but in order to safely reach our destination. Without the lamp of God's Word, we will surely walk in darkness.

Yet Christmas talks about another Light, another Word, that not only enlightens us but searches our hearts. No, I am not talking about the glorious heavenly host, which pointed "certain poor shepherds" to the manger. Nor am I thinking about the Star of Bethlehem, which led the magi to the Christ child.

The Light I am referring to is a living Person, glimpsed as a baby in Bethlehem, but understood only by some—and often only in hindsight.

In him was life, and that life was the light of all mankind. The light shines in the darkness, and the darkness has not overcome it …. The true light that gives light to everyone was coming into the world. He was in the world, and though the world was made through him, the world did not recognize him. He came to that which was his own, but his own did not receive him. Yet to all who did receive him, to those who believed in his name, he gave the right to become children of God—children born not of natural descent, nor of human decision or a husband's will, but born of God. The Word became flesh and made his dwelling among us. We have seen his glory, the glory of the one and only Son, who came from the Father, full of grace and truth (John 1:4-5, 9-14).

This is the Christmas Light, the living Word becoming flesh, making his dwelling among us, and dazzling those with eyes to see. But not everyone could see the blazing light, because it illuminated the state of their hearts. They chose to be spiritually blind.

One Sabbath day Jesus, who was the Christmas Light, healed a physically blind man. Instead of rejoicing at this clear display of God's power, those who were spiritually blind—some of the religious leaders—chose to oppose it. And they demanded that the man who had been healed, who had seen the Christmas Light, oppose it too. The man, whose eyes had been so recently opened, was unwilling to close them.

Then they asked him, "What did he do to you? How did he open your eyes?" He answered, "I have told you already and you did not listen. Why do you want to hear it again? Do you want to become his disciples too?" Then they hurled insults at him and said, "You are this fellow's disciple! We are disciples of Moses! We know that God spoke to Moses, but as for this fellow, we don't even know where he comes from." The man answered, "Now that is remarkable! You don't know where he comes from, yet he opened my eyes. We know that God does not listen to sinners. He listens to the godly person who does his will. Nobody has ever heard of opening the eyes of a man born blind. If this man were not from God, he could do nothing." To this they replied, "You were steeped in sin at birth; how dare you lecture us!" And they threw him out. (John 9:26-34)

As unjust as their bullying of the formerly blind man was, it was a natural consequence of the Christmas Light. The Christmas Light shines on our souls, calling us to make a decision. As Jesus said in John 9:39, "For judgment I have come into this world, so that the blind will see and those who see will become blind."

This is a season of light, but we don't often think of the Christmas Light as shining a spotlight on our souls. Can you see it?

Stan Guthrie is a CT editor at large. He is author of All That Jesus Asks: How His Questions Can Teach and Transform Us (Baker Books, 2010). Stan is also author of Missions in the Third Millennium and co-author of The Sacrament of Evangelism.

The Light of Christmas