Advent reminds us of an even greater event coming.
Ryan Hamm 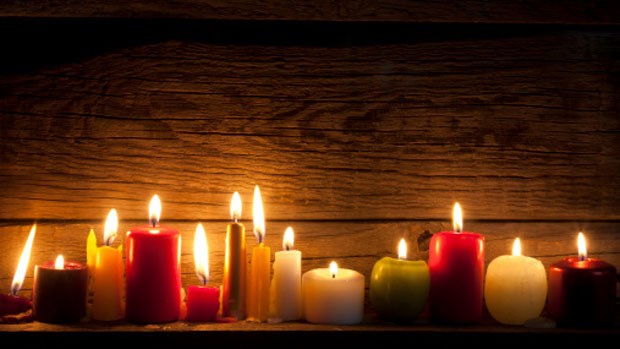 Sometimes, I catch myself getting frustrated with some of the people in the Bible. They doubt, challenge God, and flat-out ignore his commands even though it seems like there's really tangible proof of his presence all over the place. Consider Zechariah, the father of John the Baptist. An angel shows up while Zechariah is lighting incense in the temple (you know, the place where God dwelled), and tells Zechariah that he and his wife will produce a son who will "go on before the Lord" (Luke 1:17). Zechariah doubts, and the angel, who reveals himself as Gabriel, strikes Zechariah mute until the arrival of the child.

This is where my frustration comes in. Are you kidding me, Zechariah? An angel shows up, makes a pronouncement, and you still doubt? And it's not just Zechariah. The events of the Gospels open after not hearing from God for centuries. People wondered when the Messiah would ever come and began to latch onto one false Messiah after another. These are the people that God literally appeared to in the form of fire and a cloud, and they're doubting. I think to myself, I would definitely not doubt if I saw that. Why are these people so short-sighted?!

After all, I live in the 21st century. Jesus came over 2000 years ago, and. Christians have been waiting to see Jesus interrupt the current age ever since. We've been waiting for millennia. They had the whole Old Testament to back up their faith. If anyone has a reason to doubt, it's us … right?

But this time of year reminds us that maybe we're linked to those frustrating Gospel characters in more ways than we think.

The English word advent comes from the Latin adventus, which means "coming" or "arrival." For some Christians, this familiar term might as well mean "the time before Christmas when we shop for gifts and go to parties." But as fun as gift shopping or Christmas festivities might be, it's worth exploring what Advent has to do with the arrival of Christ.

In many Christian traditions, Advent is the beginning of the church calendar, consisting of the four weeks leading up to Christmas. It's why, in some churches, the songs in December are less "Angels We Have Heard on High" and more "O Come, O Come Emmanuel." That's because Advent, the season of anticipating the arrival of the Christ child, is more about waiting than it is about a Nativity scene.

Advent also links us to God's followers in the first century. The people in the Gospels—including Zechariah—were waiting for a Messiah to be born. They had been waiting for thousands of years, waiting as their land and kingdom had been handed off from one conquering empire to another. When the Gospels open, the newest conquerors (Rome) had a civil religion that demanded allegiance over and above an allegiance to the Jewish God. Their collective worship at the temple took place in the shadow of a Roman fortress, a constant reminder that their faith and hope were under siege. People of faith were waiting for a deliverer who would restore hope, justice, and fulfill the promises of God.

That's not a very hard stance to empathize with in 2012. It seems there are all kinds of reasons to lose hope—if the news isn't filled with bad economic forecasts, there are reports of wars, genocide, injustice, and cruelty. It makes waiting difficult. Hope seems impossible and justice seems far off. The doubts and anxieties of the ancient faithful begin to sound a lot less frustrating and much more relatable. With the psalmist, or with the prophet Habbukuk, or with the prophet Isaiah, or with any of the other desperate voices of the Old Testament, we cry out: "How long, O Lord?"

This is the stance Advent reminds us of—for a few weeks each year, we're reminded that we're also living in an age of anticipation. And Advent also reminds us there are pin pricks of hope in the world—and in the very consummation of God's promises.

The people at the beginning of the New Testament were living in a time when it seemed hopeless, but they had small signs that things weren't as far gone as they might have feared. They had prophets and priests, brave leaders who pointed the way to God and reminded his people of his promises.

In the 21st century, we have similar voices to call us to a deeper following of Christ. And we are given an added dose of encouragement—as people of the Resurrection, we are given glimpses of the kingdom of heaven storming in. We see examples of Christians doing things that are signposts of hope, subversive reminders that our hope isn't in vain. Just like the prophets and priests of old, we have fellow believers reminding us of God's promises.

But what Advent reminds us of is perhaps the biggest signpost of all. Advent's conclusion gives us a Vegas-style neon marquee. That's because after several weeks of being reminded that we live in a time of anticipation, we're also reminded that God answers his promises and is faithful in even deeper ways than we can imagine.

Advent helps us remember that we're not the first generation of God's followers who have waited and watched. With Zechariah, we sometimes doubt even in the face of all the small points of light God provides. And we might not be the last generation to doubt. But this entire season helps us to see that when we sing "O Come, O Come Emmanuel," we're remembering a promise that God fulfilled. A promise that saw Emmanuel—God with us—come true in a powerful way. And a promise that one day we will experience another adventus—another arrival—when the promises of God will be fully realized, and God will be with us (and we with him) for all of eternity.

Ryan Hamm is a writer living in Orlando, FL, where he lives with his wife, spends as much time at Disney World as you would expect, and is at work on his first book. You can find him on Twitter @RyanECHamm.