I'll Be Home for Christmas

Someone may be waiting for you to reach out to them this holiday season.
Lee A. Dean 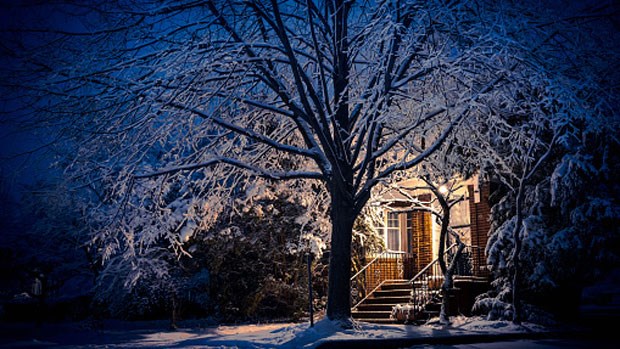 Christmas is such a melodic time of year. Everywhere we go, we are uplifted by—or patiently endure—musical selections. For many people, "I'll Be Home for Christmas" blends warm memories and a promise. Other holiday songs aim for the sentimental jugular, but none hit the target like this one. The reason is simple: the song title acknowledges the power of the word home. "I'll Be at Work for Christmas" doesn't have the same tug on the heart.

Our concepts and memories of home have particular power when they are pleasant recollections connected to Christmas. We recall gleefully diving into large family feasts—one for each set of grandparents, often on the same day. We saw aunts, uncles, cousins, the old folks, the young folks, and everyone in between.

Perhaps you recall wish lists and gift exchanges. At times, the results were predictable (socks, underwear, yet another bottle of Hai Karate). Other times, they were comedic, such as the time my grandmother apologized for not being able to find that record I wanted by Ted Zeppelin.

Who wouldn't want to be part of such a scene? What kind of family would want to shut anyone out of these kinds of festivities, or proudly keep themselves away from hearth and home? The sad but true answer is: far too many.

These are the families who think of the holidays as anything but a frolic up Walton's Mountain. They only see the ghosts of Christmases past. These unpleasant apparitions take the form of misbehavior, arguments, bitterness about who did or didn't show up at the gathering, and disappointments over gifts. The original hurt grows over the years with each retelling.

Such a family has two choices: keep the feud going or take steps toward healing it. It requires initiative, compassion, wisdom, and the ability to envision reconciliation to break the impasse. It takes someone with the qualities of God the Father.

The Prodigal Son and Christmas

Consider a gospel story that is rarely, if ever, associated with Christmas. This story has no manger, no shepherds or magi, no star, no bloodthirsty king. The element that makes this story so powerful is simple: a father watches hopefully down the road for his wayward son to come home.

It is my story.

The parable, found in Luke 15:11-32, does not give an exact age for the younger brother. But I like to imagine him to be in his early 20s, which is a profoundly dangerous period of a man's life—a time when he too often feels invincible but is walking headlong into a minefield. He believes the laws of man, God and nature do not apply to him, so hubris takes over. "Mines?" he asks. "What mines?"

That's exactly what I thought in my early 20s. The sound of the detonations could be heard from Texas to my native Michigan.

My plan to go south, make a bunch of money, and have fun came crashing down until I was homeless. But there were two saving graces. The first was the protective hand of God. The second was my parents' words as I headed out the door toward Texas: "You can always come back to the farm." I knew this was no empty promise.

What makes the prodigal want to go home? Perhaps he or she is in a life-threatening situation, in a spot so scary that they want to flee to the safest place they know. In the parable, the younger brother became so hungry and poor that he wanted what the pigs wouldn't eat. He decided it was time to swallow his pride and go home.

Jesus said the younger brother "came to his senses" and headed back to his homeland. So did I. With the exact amount of money for bus fare home, I boarded a bus in Houston and arrived home Sunday morning, Christmas Eve. The power of that gift, that open door, that second chance, sustains me every day.

This would not have happened without my parents extending the standing offer that I could always come home. Neither does our salvation happen without our Father making the first move. God could have nursed the grudge and piled on the punishment. But his love for us was so immense that he was willing to do anything to make sure we got home.

The arrival of the baby Jesus is an offer to come home in every sense of the word. His birth, death, and resurrection offer the ultimate second chance to accomplish the ultimate homecoming. This is why the parable of the Prodigal Son should take its rightful place as a Christmas story.

Growing into the Role of the "Father"

As the holiday music plays and your family prepares for Christmas, what kind of gathering do you anticipate? Will everyone be there? More to the point, is someone going to be absent that should be there but is deterred by the barriers of ghosts, walls, feuds, misunderstandings, shame, or just plain stubborn pride? As Christmas approaches, which role in the drama of the Prodigal Son are you going to play?

You may be the younger brother, whose words were "give me." The second he demanded his share of the estate he became homeless. His grasping nature was a barrier to his homecoming and had to be utterly destroyed before he could go home.

You may be the older brother, keeping score and targeting the member of the family who didn't play by the rules. "Home for Christmas? I don't want to see him come home after what he did," you say.

Or you may be the patient and hopeful father, who is ruled by the force of love and will not be dissuaded by the waywardness or vengefulness of others. The incandescent power of your hope far outshines the hurt of past offenses.

This parable resonates so powerfully because we spend at least a part of our lives playing each role in the tale. But, as Henri Nouwen reminds us in his wondrous little book The Return of the Prodigal Son, our progress as Christians requires that we eventually grow into the role of the father. This, too, requires a "coming to our senses." It also requires that we embrace the number one objective of the father: to help people find their way home.

How do we do this? We realize that we do indeed have a home, whether physical or spiritual (the church). We have plenty of food, including spiritual food, to share with the many homeless people on the brink of starvation. How willing are we to invite them into our homes—especially the ones with whom we have differences?

In the father role, we can give the gift of attention. In the parable, the father could see the wayward son from a long distance. Why? He was intently looking for him and even expecting him to return. We who are the redeemed can have that same attitude toward those from whom we are estranged.

What happened when the son came home, both in the parable and in my own experience? In both cases, it sparked the party of a lifetime. Food, gifts, and a celebration were arranged at the drop of a hat to mark the transformation of a life from dead to alive and from lost to found.

There can be no party without the one thing that is required of those in the father role: initiative. So many differences within families do not move toward healing because we wait for the other person to relent and make the first move. The situation never changes because we keep telling the old stories and picking at the old wounds.

This Christmas, celebrate the birth of Jesus, who was God's vehicle for reconciling humanity to himself. Above the deluge of crass materialism and its attendant anxieties, Jesus' birth speaks of incredible hope and forgiveness that we are commanded to extend because we are also forgiven. This is the forgiveness that comes from understanding that while we were yet sinners, Jesus Christ gave his all for us.

This season, so often peppered by words such as peace and joy, is the perfect time to make the first move, to say, "You can always come back into my home, my family, my life, my heart."

There is no guarantee of healing or the kind of reunion I had with my family that December morning. But think about this: the only reason that reunion was possible was because somebody made the offer. Somebody was willing to go first.

If you have a chance to give this great gift this holiday season, do it. Reach out. Make the offer of forgiveness and reconciliation. Don't wait for the other person. Do it in the name of Jesus, the reconciler, the redeemer, the maker of all things new, the reason for the season.

There's no time like the present. You do it. You go first.

I'll Be Home for Christmas