Introverts in the Church 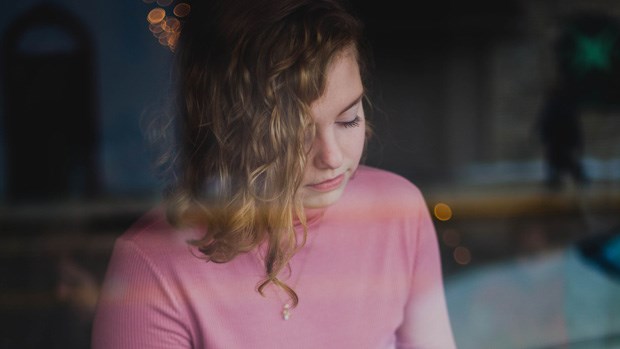 The first three-quarters of the sanctuary were occupied by people who had attended the church for years, stretching back to their days in Sunday school. Over the years the church settings had changed—from classroom to youth group room to traditional worship service to contemporary worship service and now the Sunday night postmodern worship gathering—but the seating arrangement had remained the same. They sat in their well- established groups of friends, as comfortable as they were in their own homes with their own families. In the last quarter of the room were a few rows of solitary stragglers, spaced out by an empty seat or two in between. These people were visitors or, in some cases, regulars who had not been attending since birth. They were drawn to worshiping God in a postmodern language that they understood, but they were wary of the rigid social boundaries.

At the time of Communion, the pastor said there would be an experimental new format for taking the sacrament. He explained that the Lord's Supper is not an individual act but a corporate meal in which we celebrate together the meaning of Jesus' death. Therefore, instead of coming up to the front one at a time to partake of the elements, people would come up in groups and celebrate Communion together. He instructed them to choose their own groups, from the people situated around them, and to assemble at the table when they were formed.

My friend Sarah, an introvert who attends frequently, sat in the second-to-last row. After hearing these directions, she stood up, in extreme social discomfort, and walked out of the sanctuary. Sarah is an ordained Presbyterian minister.

A 2006 article by Mandy Smith in Christian Standard presented this chilling scenario:

Imagine hearing the following at the opening of your next church service:

Welcome! We're going to worship the Lord in spirit and in truth today. So let's strip off all encumbrances by removing our shoes, socks, and accessories. Now, grab someone new and give them a hug. Go on, don't be shy. In fact, the Bible tells us to greet one another with a holy kiss! Now, empty out the contents of your pockets and purses and form small groups to examine them together. Open up to those around you. Tell them your fears and weaknesses so you can feel the love of your Christian family.

And all the introverts cringed together.

Though the author obviously writes with hyperbole, her point is well grounded: the culture and practices of evangelical worship services can be painfully unpleasant for some people, even those who are wholeheartedly devoted to Christ and his mission. The familiarity and informality of some churches in the evangelical tradition, with their best intentions of devotion and hospitality, can actually exclude introverts. Times of greeting and sharing in a public context, especially with strangers or distant acquaintances, are unnatural and sometimes painfully uncomfortable. In fact, some introverts I interviewed conceded that they commonly show up late on Sundays to avoid the awkward pre-service socializing and greeting times.

As part of my research, I attended several churches of varying denominations, sizes, and worship styles—though most of them identified with the evangelical tradition. I visited a colossal megachurch with a professional and polished service, an alliterative three-point sermon, and an eye for seekers. I attended a small Quaker church, with a wall of windows behind the pulpit, which looked out on the San Gabriel Mountains. I visited a traditional and echoing Episcopalian church, an evensong, a meditative Taize service, many contemporary services at carpeted Presbyterian churches, and three postmodern worship gatherings bursting at the seams with young people.

Introverts in the Church