The Most Romantic Thing My Husband Ever Said to Me

I happened to be throwing up at the time.
JoHannah Reardon 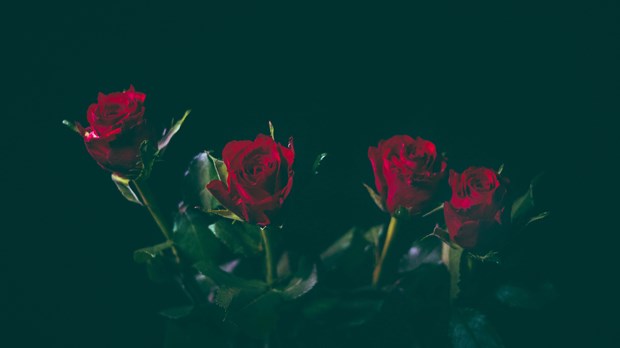 We have funny ideas about romance. We think of it as candlelight, being showered in gifts, and a stolen kiss. That may be sort-of romantic, but at my age those things have worn kind of thin. And I think they have for a lot of people.

Take Mr. Darcy from Pride and Prejudice, for instance. He's probably the most romantic figure in fiction. Women hold him up as the ideal that they're looking for. But what is he like? For most of the story he's cold, distant, and insulting. He certainly never does the candlelight and gift thing. He doesn't even steal a kiss! But he's a man of action. When it comes right down to it, he moves heaven and earth for the one he loves at great cost and inconvenience to himself.

And isn't that what we all ultimately want? Someone who has our backs and will be there when we really need them?

The dictionary defines romance as: Ardent emotional attachment or involvement between people. I like that definition. One of the most romantic things my husband ever said to me was when I was puking my guts out after an airline flight. Feeling like the scum of the world, I apologized that I'd once again put a damper on our trip by getting airsick (for about the 3,000th time). His response? "You're the bravest person I know." In that moment, I felt an ardent emotional attachment that was much greater than if he'd bought me 10 dozen roses and suitcases full of candy.

So what's the key to having an ardent emotional attachment and involvement? I can think of at least five things.

The Most Romantic Thing My Husband Ever Said to Me