Holding on to Hope in Your Small Church 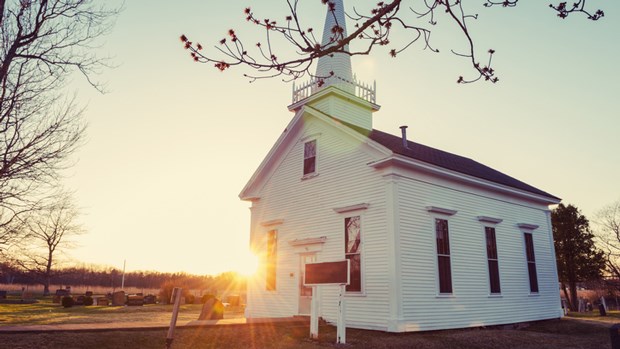 Linda Carlblom works in the Lakeshore Bible Church children's ministry in Tempe, Arizona. About 70 people attend worship each week. Sometimes she teaches as many as a dozen children. Other weeks, there are far fewer.

One week, only one boy showed up.

"It was a boy who I felt never really wanted to be there to begin with since he never participated," Carlblom said. "I was supposed to teach Junior Church after Sunday school and thought about just scrapping the whole business. This boy was almost too old for Junior Church anyway and I figured he'd rather not go.

"Imagine my surprise when he asked if today was Junior Church. We usually only have it every other week. I told him it was.

Carlblom taught the lesson she planned, sensing God was at work, and she learned that ministering to one person is all the inspiration she needs to press on.

"Minister to individuals, not to the masses," she said. "Your church may never be any bigger than it is today, but an individual's life may be changed forever because you took the time to care."

It's a lesson that may seem counter-cultural, given the notoriety, the number of baptisms, and the inherent ability megachurches have to reach the masses. But the truth is, most people who attend church on any given Sunday do so in churches with under 200 members.

According to a Barna Research Group study conducted in 2009 called "How Faith Varies by Size," only 9 percent of adults who frequent a Protestant church attend a megachurch.

So, 64 percent of people who attend Protestant churches attend churches of 200 or fewer adults. That leaves plenty of opportunities to minister to the next person who walks through the door.

While it is easy for people in small churches to get discouraged when looking at the huge attendance numbers at megachurches, one believer who helped start a small church in north central Iowa points out that growth isn't always about numbers.

"Everyone's goal was the same—to reap the benefits of God's Word and grow spiritually," said Eldon Lindsay, one of 20 people who started the church in his hometown.

They invested in each other's lives while meeting in one of the members' basement for worship. They didn't have the money to purchase a building, but that was fine. As time passed, the church grew and the funding grew as well. More than a decade later, that same church has more than 100 members, active youth and young adult programs, and a full-sized contemporary worship band.

Spiritual growth led to spiritual vitality, which, in this church's case, led to population growth. Embracing the importance of spiritual growth freed up the members to invest heavily into each other's spiritual lives. God took care of the rest the way he saw fit.

Pat Guldenpfennig attends Northwest Bible Church in Kansas City, Missouri—a church which averages 130 adults and 30 children in worship each week. Six years ago, she saw a need at her church, and rather than being discouraged about it not being met, she met it herself.

"We had a group of preschool kids who were too old for the nursery, but too young for children's church," she said. "I love kids and have always felt that you are never too young to hear a good Bible story, so I took this group and began teaching them during the worship service.

"We started with about four kids, and by the end of the year we were up to twelve. Visitors who came always seemed to have a child in that age group. The kids loved bringing their parents in to show them what we had done that day. After the kids moved on to kindergarten, they continued to come up to me and ask me if I remembered the day that we …

"I'm now teaching a Sunday school class of fourth through sixth graders. Over half of those original twelve kids are regular attendees."

Not only did Guldenpfennig fill an immediate need in her church, but in doing so, she also created a spiritual heritage that is taking root in fertile ground.

Visit any large, established city in America and you'll see church buildings—many of them small—that were erected in neighborhoods.

Sometimes those neighborhood churches became places of refuge from a nasty world, as was the case for the African-American community leading up to and during the civil rights movement. Other times, they were beacons of light—places where troubled souls could enter for spiritual answers.

Today, we tend to erect church buildings in the suburbs. Our postmodern culture isn't as tolerant of church buildings in its neighborhoods. That may be an indictment on the people of God, and the way we interact with people who don't see life the way we do, as much as it is a reflection of a society that prefers its spirituality smorgasbord style.

But the spirit in which those neighborhood churches were built is a model for the way our churches can minister today.

Carlblom's church has tapped into this model, becoming both a place of refuge and a place where a quiet, American-Indian girl can find rest for her soul. Six years ago, the girl began attending VBS at Carlblom's church.

"In the last year or two, she started coming to Sunday school on occasion, whenever she could get her parents to bring her," Carlblom said. "She showed up last Easter after a several month absence. We hugged when we saw each other. Then she followed me around like a puppy saying things like, 'It feels so good to be back here,' and, 'I love being here,' and, 'I just can't believe how good it feels to be back!'

"Apparently, she finds something at church that is meaningful to her. I pray it is Jesus. This same girl sent me a letter recently. She expressed her regret at not being able to be at church more often lately and drew me a beautiful picture complete with a hopeful rainbow."

One thing is certain—when the girl does return, Carlblom will be there waiting for her.

The original church—the one born on the day of Pentecost—started with just 120 people. They weren't anything special in the human sense. They simply feared God and sought to obey the teachings of Jesus in their rather imperfect ways. In so doing, God used them to change the world.

Nothing has changed over the last 2,000 years. He is still using the church to change the world.

Jesus expressed how powerful the church was when he told Peter that it is the institution authorized by God to beat back the advances of hell. Jesus put it this way, "On this rock I will build my church, and the gates of hell shall not prevail against it" (Matt. 16:18 ESV).

Regardless of whether you are in a big church or a small one, if your church fears God and is seeking to obey Jesus, then the Spirit of God is at work, overcoming darkness with light. Hold on to that truth as you seek to minister to others in his name through your local church body. And don't lose heart by playing a numbers game. We're all on the same side.

Holding on to Hope in Your Small Church