So, that person you were witnessing to actually got saved. Now what?
by Janice Thompson 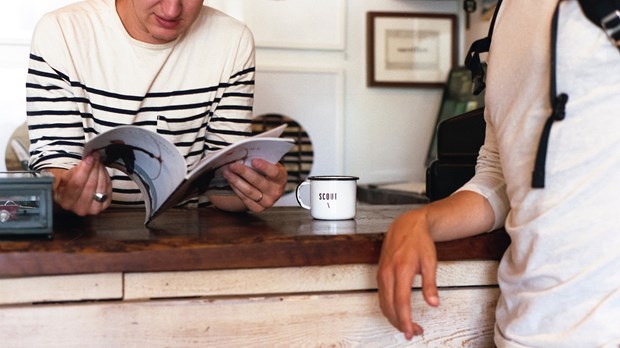 Her name was Keli. She had a past. For all that I knew she had never been through the doors of a church in her life. But here she sat in the pew next to me, giving her heart to the Lord.

I had invited her to attend the service, not out of obligation but because her daughter had shown an interest in spiritual things. Her little girl was best friends with my youngest daughter and very open to the things of God. Sure, Keli and I were friends, but not the sort that hung out at church together. We were more of the "see you at the next soccer game" sort of friends. I was thrilled that her daughter wanted to come to church but wasn't exactly sure how I felt about Keli coming along, too.

It wasn't that I had negative feelings about it. It's just that I hadn't really planned for it. And yet, here she sat, responding to the pastor's invitation to accept Christ, and all I could think was, "What do I do now?"

I must admit, I was tempted to just "get her saved" and then drive her back home, hoping that the rest would work out for the best. Surely God had something else—or someone else—in mind to walk this road with Keli. After all, I had a large family to tend to and she was, well …

She was a real piece of work. There just wasn't room in my life for this sort of complication.

Wrong. My obligation to Keli began the moment I walked her through the doors of the church, and it wouldn't end until we were parted some years later. Once she came to the saving knowledge of Christ, my work was just beginning. I didn't understand it then, but I certainly do now—and I count it a privilege.

God calls us to mentor new Christians. When we play a role in leading someone to Christ, we have a personal obligation to walk alongside them as they begin their new journey. There are so many things that they simply don't know or yet understand. They need guidance and teaching. In Keli's case, she needed a lot of reassurance that her prior life was forgiven and cleansed by the blood of Jesus. She needed to know that she was accepted by Christ and by fellow believers. She also needed to recognize that she must begin to resist the temptation to go back to her old ways.

My husband and I started our mentoring journey by making sure Keli was given the opportunity to be in church as often as she could be. We knew that the teaching she would receive there would be priceless. We introduced her to people who were strong in the Lord, and did our best to make her feel like part of the family When we were together outside the church walls, I became much more vocal about my faith and found myself opening up to her. She was very receptive to all that was happening but still continued to struggle in her personal life with some of the same old temptations. I watched as she took baby steps and then began walking on her own.

Keli and her daughter became permanent fixtures in our home, as much like family as anyone could be. Though our lives have since taken different paths, I will be forever grateful to God for his willingness to use someone like me to help a Christian in her walk with him. It taught me to be prepared and willing to be used again and again in this area.

I've always prayed that God would "use me," but I never really thought much about how. I just wanted to make sure I was ready and willing. My experience with Keli answered the "how" question. He wanted to use me to walk alongside a new Christian. Now the only question left is, whom will the Lord send my way today?

I remind myself often to trust that God knows what he is doing when he sends people into my path. He's not asking me to turn water into wine—to change them into something they are not. He simply wants me to walk with them in the Way. And guess who else grows up a little bit in the process?