Evangelism, like sanctification, takes time. Therefore, we must give it time.
By Earl Palmer 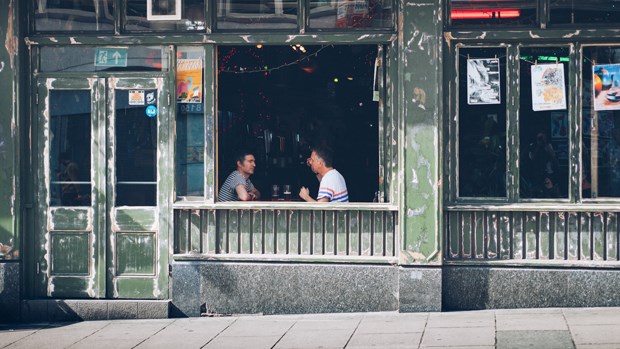 A man who liked C. S. Lewis's Screwtape Letters went on to read Mere Christianity and was infuriated. He wrote the author a scathing letter.

Lewis's response, in longhand, shows a master evangelist at work:

"Yes, I'm not surprised that a man who agreed with me in Screwtape … might disagree with me when I wrote about religion. We can hardly discuss the whole matter by post, can we? I'll only make one shot. When people object, as you do, that if Jesus was God as well as man, then he had an unfair advantage which deprives him for them of all value, it seems to me as if a man struggling in the water should refuse a rope thrown to him by another who had one foot on the bank, saying, 'Oh, but you have an unfair advantage.' It is because of that advantage that he can help. But all good wishes. We must just differ; in charity I hope. You must not be angry with me for believing, you know; I'm not angry with you."

What impresses me about that exchange is the light touch. Lewis acknowledges the man's complaint; he gives him one thing to think about—and he stops. He steps back as if to say, "Your move," which opens the way for the man to write again.

Evangelism, like sanctification, takes time. Therefore, we must take the time it takes.

When we relate to people, we must remind ourselves that we are on a long journey together. The idea that this is my only chance to talk to this person is a great detriment. Even on an airplane, we should speak as if we're going to know that seatmate for the rest of our lives. After all, to use another line from C. S. Lewis, "Christians never say goodbye."

When we share the gospel, it is part of a larger whole. Let me illustrate with small-group Bible studies, which our church has found to be our most authentic and exciting evangelistic event. What is fascinating is that we don't try to be evangelistic. Our goal is to let the text make its own point and then enable the group to express their feelings about what is being read together. We consciously try not to cover everything the first week, but only what the text says. Our approach is this: "Read this book like you read anything else. When you start into Mark, don't give him an inch. Make him win every point. Don't worry about whether this is supposed to be the holy Word of God or not; just read it with the same seriousness you apply to your own thoughts."

The amazing thing is that the text inevitably reveals its Living Center. Some weeks Mark (or Paul, or John) wins, some weeks he loses. But over time, the text comes out ahead, and the Christ of the text wins respect.

Too many of us try to say too much all at once. Especially at the end, we throw in the kitchen sink trying to get somebody to make some sort of decision. We rattle off the most precious facts of our faith—the blood of Christ, the Cross, God loves you—and reduce them to hasty, unexplained sentences. It is far better to let the text make its own point.

In evangelism, people do not need admonishments as much as they need to be carefully heard. Once I'm listening, I range through their arguments to find out where I can agree with them. Very often the "God" they're rejecting I would reject, too. Why not let them know that?

A Christian friend of mine was a high school principal in Los Angeles. One day a father came charging into his office, irate over the F his son had received in a certain course. The man had dreams of his son going to an Ivy League school, and now this teacher was destroying the plan. He wanted the grade changed.