What Do Muslims Believe?

We should befriend those who practice Islam, but to do so we need to understand what they believe.
Nancy Ortberg 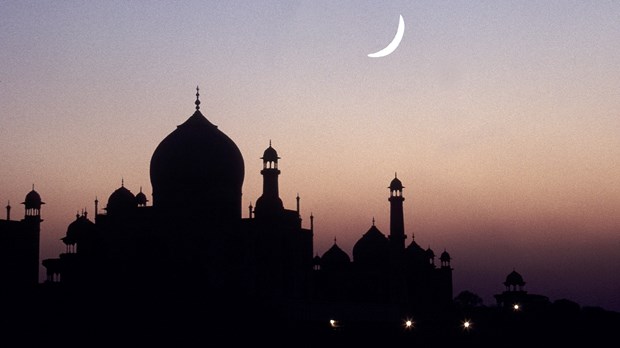 Today’s neighborhoods are diverse, and Christians often rub shoulders with people from different religious and cultural backgrounds. To choose relationship is, I believe, reflective of God’s nature.

Jesus told us to be the salt of the earth and the light of the world (Matt. 5:13–16). When we interact with people whose beliefs differ from our own, we become the salt with our friendship. Salt seasons and brightens, makes better, and preserves. No matter what your friend believes, you can serve, listen, and love.

Being forthright about your religious differences within the context of your friendship is being light. In a world full of darkness, it wouldn’t make much sense to keep 50 lights in one room forever—just as it doesn’t make much sense to only pursue friendships with other believers. Light does its job when it penetrates the darkness, which means that doing our job as Christians means we need to encounter others’ opposing views. Thankfully, disagreement doesn’t inhibit our ability to befriend and love someone. But we need to understand opposing views to love others well and best share truth. With this in mind, there are distinct differences between Islam and Christianity.

As a simple overview of a very complex issue, I offer three areas in which the difference in Christian and Muslim beliefs is defining. These ideas may be a starting point for conversations with your friend.

First, in Islam, Allah (God) is utterly unknowable. To think in terms of a God who can be known and who desires a relationship with his creatures is actually considered blasphemous in Islamic beliefs. He is a distant God who is to be feared. In place of relationship, there is only submission. Allah only reveals his will, not himself, hence the Muslim practice of ritual prayers. These memorized prayers are offered five times a day to appease a transcendent force with no personal interest in his creatures.

Contrast that with the God of the Bible, who reveals himself, knocks at the door of our hearts, and encourages us to enter into an ever-increasing relationship with him. He calls us his “friends” (John 15:15).

Second, Islam requires a strict adherence to good works as the means to reach heaven. At birth people are considered sinless with unlimited spiritual potential if they faithfully adhere to the teachings of Allah, as reflected through the words of the prophet Muhammad. It’s good works that open the doors to one of the seven different levels of heaven. But there’s no advocate to intercede with Allah when one falls short of the level of good works required.

Third, while Islam recognizes Jesus as a prophet, it rejects his divinity and claims that Muhammad is actually the superior prophet from God. He is the one considered to have brought God’s final revelation. The Qur’an (3:59–60) says that Jesus was, like Adam, created from dust.

Contrast that with Jesus’ own claim that he is the only way to God (John 14:6), and that he and God the Father are one (John 10:30). Jesus’ divinity and reflection as the final revelation of God are central to what it means to follow him.

You’re off to a great start simply by embracing a relationship with your Muslim friend. Now add light to that friendship—listen and engage in conversation around truth. Be sure to breathe prayers to God about your conversations, and remember, truth is spoken best with love, humility, and it need not raise its voice; it speaks for itself.

Nancy Ortberg is a church leadership consultant and popular speaker. This article is adapted from one that first appeared in Today’s Christian Woman.

What Do Muslims Believe?