by Mark Mitchell, with JoHannah Reardon 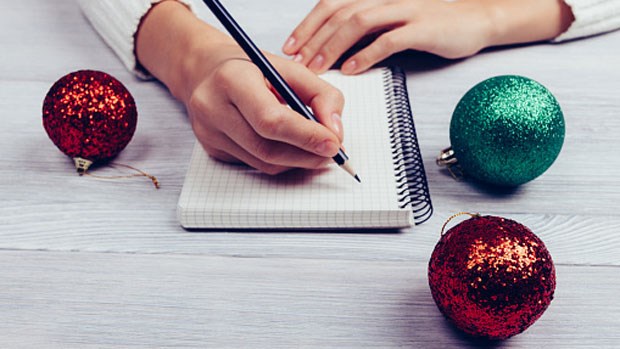 So often in the Christmas story, we focus on the main characters: Mary, Joseph, and, of course, Jesus. But through the short account in Luke 2:8-20, we can learn from the shepherds four things that should make the top of our to-do list this Christmas.

The angels announced in spectacular fashion that the Messiah had been born. As soon as the angels left, the shepherds looked at each other and said: What are we waiting for? Let's go straight to Bethlehem and see this thing that has happened.

There is no debate. There is no procrastination. They don't decide to sleep on it. They don't go to the local library for research. They just believe it. That's faith. Scripture says that without faith it's impossible to please God. The angel said, "Peace on earth among people with whom he is pleased." Who is that? It's those who respond to God's gift through faith. Scripture says, "For by grace you are saved, through faith …."

Faith means you say yes to all that God did through Christ. Yes, he is the Savior of the world. Yes, he came to die for my sins. Yes, through him I find forgiveness and new life. Yes, I want to follow Christ as Lord. Faith isn't a spectator sport; it's an active embracing of all that God has promised in Christ.

The shepherds did exactly as they were told. We sometimes think of Christmas as a tame holiday. We think of sweet little baby Jesus asleep on a bed of hay. Everyone loves that because it's so innocuous and safe. But Christmas isn't safe! That baby is the King of kings and the Lord of lords. He has come to usher in a kingdom that rivals the kingdom of self. That's threatening. He bids those who would follow him to take up their cross daily—to lay aside our own right to rule ourselves, to surrender to his rule.

The world loves to celebrate the birth of Christ, but they hate to obey him as the Lord of their lives. Everyone wants to keep Christ in the manger. But the manger is meaningless apart from the Cross. As one writer put it many years ago: "This little babe, so few days old, is come to rifle Satan's fold; all hell doth at his presence quake, though he himself for cold does shake." Christmas is a time for obedience.

When the shepherds arrived in Bethlehem and saw the child lying in the feed trough, "they spread the word concerning what had been told them about this child." They weren't preachers; they weren't missionaries, but that didn't matter. They had heard and seen something that meant salvation for the whole world.

Christmas trees, eggnog, and exchanging of gifts are fine, but if we do all that stuff but don't talk about Jesus—if we fail to speak of the real meaning of it all; if we neglect to tell someone that this child was born as Savior and Lord, that he was sent by God to die on the Cross to purchase with royal blood our own deliverance from sin, death, and the devil; if we neglect to publish that abroad, we've failed to do Christmas right.

The angel said that this is good news of great joy which shall be for all the people. Share the joy.

The shepherds were overwhelmed at the angel's announcement. They experienced holy wonder.

The work of holy wonder is treasuring and pondering the fact that God invaded planet Earth on a perilous rescue mission. Amidst all the activity, stop and treasure all these things. Ponder them in your heart. Engage in some holy wonder.

By Mark Mitchell, with JoHannah Reardon
For Bible studies on all topics, go to ChristianBibleStudies.com.