Blessed Are the Uncool

Living authentically in a world of show
Paul Grant 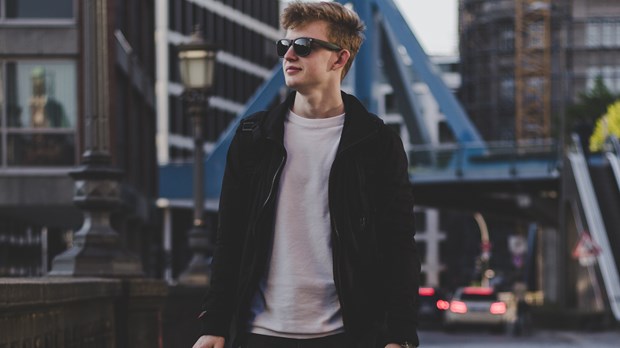 Admit it: you want to be cool.

On your way home from work, canned ghetto-rage from a neighboring car pounds syncopated coolness through your windshield. Suddenly you feel uncool and you hate the feeling. So you lean back in your seat and put a meaner look on your face, in case the car-stereo guy glances over and sees you.

You go to a party, and you're greeted with songs that reduce you to a piece of meat. But nobody else seems to mind, so you don't leave, even when they start showing pornography on the big screen. After all, you don't want to look like you don't get it.

Maybe you buy magazines and listen to music you don't even like because you're afraid of being out of the loop. Maybe you ingratiate yourself to rude jerks because you want them to think you're cool. Maybe as a teenager you starved yourself skinny because it was the thing to do; and now as an adult it's no longer cool to hurt yourself, but you can't stop.

You know better than this; with your head you understand that this insecurity has no basis in reality. But your gut is way ahead of your mind on this one, driven by deeply rooted ghosts of shame, fear and loneliness.

Cool is all around us, saturating our culture. We can't escape it. Cool informs both our mundane activities and our significant decisions. It is an attitude, a habit, a worldview, a feeling. Sometimes we control cool, but sometimes it controls us. And sometimes, cool reduces us to extras in somebody else's fantasy—passers-by to whom he or she can feel superior.

I've been around cool my whole life, like just about everyone else in today's world, sometimes observing cool from a distance, and sometimes, in spite of myself, trying wholeheartedly to be cool. I was born in the western United States into a healthy family. Cool was not a value in my home, but authentic and courageous action most certainly was. My parents were young enough that by the time I wanted to be cool, they could remember cool's appeal and were able to uncover cool delusions for me.

When I was nine, my family left the United States for a seven-year missionary stint in Switzerland. There I lived an exciting urban life in a profoundly multiethnic world. We lived in the metropolis of Zurich during my adolescent years, before returning to the States in the early 1990s.

My relationship with cool was fairly standard through my early grades in school, which is to say I lived in it, near it and aware of it. Everything changed for me in an instant, however, midway through a chewing-out at the hands of my high school Latin teacher.

Nothing says "establishment" quite like Latin class, and at my school eight semesters were required. My friends and I were typical teenagers to Herr Roth, antagonizing him at every opportunity. One day I pushed him over the edge. When class was dismissed, he pulled me into the hallway. I was terrified, but with all the other kids walking by I needed to compose myself quickly. The man yelled at me for 20 minutes straight. I can only guess what he was saying— probably things like "You're wasting your life"—because I wasn't really listening. I was too busy demonstrating, via body language, that I didn't care how angry he was.

Blessed Are the Uncool