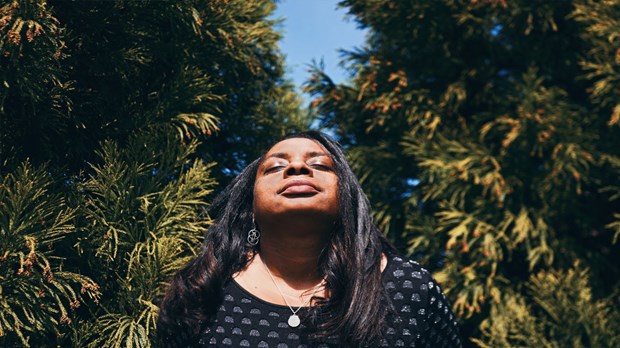 Being a Facebook user, I love posting prayer requests or sharing photographs with friends and family members. Within seconds news travels through cyberspace, lessening the distance between family and friends. Unfortunately, this also becomes a temptation for comparisons, which lead to discontent.

We log on and see one of our friends has happily posted an achievement. Instead of responding with heartfelt congratulations, we turn a little green. Isn't this the same thing I've labored on for years with few results? Defeated, we log off, busying ourselves with something else.

What can we do when we are tempted to compare ourselves with others? Why is this such an obstacle to contentment?

Making comparisons is nothing new. Cain compared himself to Abel. Jesus' disciples struggled with this too. In one conversation, they tried to determine which of them would suffer in the future, and who would be spared. Jesus asked them, "If I want him to remain alive until I return, what is that to you?" (John 21:23).

When we compare ourselves with others we are not walking by faith. Instead, we are trying to control things. Comparisons get us into trouble for at least two reasons.

1) They can make us feel better than the person we are comparing ourselves to, leading to pride. Remember the who thanked God that he wasn't a sinner? The enemy of our souls loves it when we struggle with pride. It was his downfall.

2) They can make us feel worse than the person we are comparing ourselves to, leading to low self-esteem, which still keeps our focus on ourselves. Although it says in that God is not a respecter of persons, we do not believe this if we believe God is withholding something from us that is rightfully ours.

To be content, we need to swap lies for truth
Sometimes we even compare how God is working now with how he has worked in the past. In this way we bring God down to our level, judging his track record. This is arrogance. God tells us in Isaiah 55:8, "For my thoughts are not your thoughts, neither are your ways my ways, declares the Lord." In other words, we don't think like God. He wants us to walk in step with his Spirit. That means we are not to run ahead of him pulling him where we want him to be, nor are we to get behind him pushing him in the direction we want him to go. God is immovable.

As much as God wants us to walk by faith, Satan, the enemy of our souls, is determined to point out little things we hold against God. When Satan introduces these lies to us, we need to refute them. The only way we will be equipped to do that is if we saturate ourselves with the truth. The lies he tells us have a little truth mixed in, making them harder to recognize as lies. Only as we learn Scripture can we sort them out.

The world is forever pointing out things that should be ours, creating in us a sense of entitlement. Then Satan points us to those who have attained the things we hope for, pushing us farther down the road of discontentment.

Focus on the Lord when you are tempted to compare yourself with others. David, whom God called a man after his own heart, was given armor to wear when he was going to fight Goliath. The armor was too large for his small frame, but David didn't go searching for different armor so that he could replicate others who went out in battle. Instead, David's focus was on God's character, not on his opponent. God, who had helped David in the past, would continue to help him as he faced Goliath. All of us have had experiences of trusting God. We need to remind ourselves of his faithfulness.